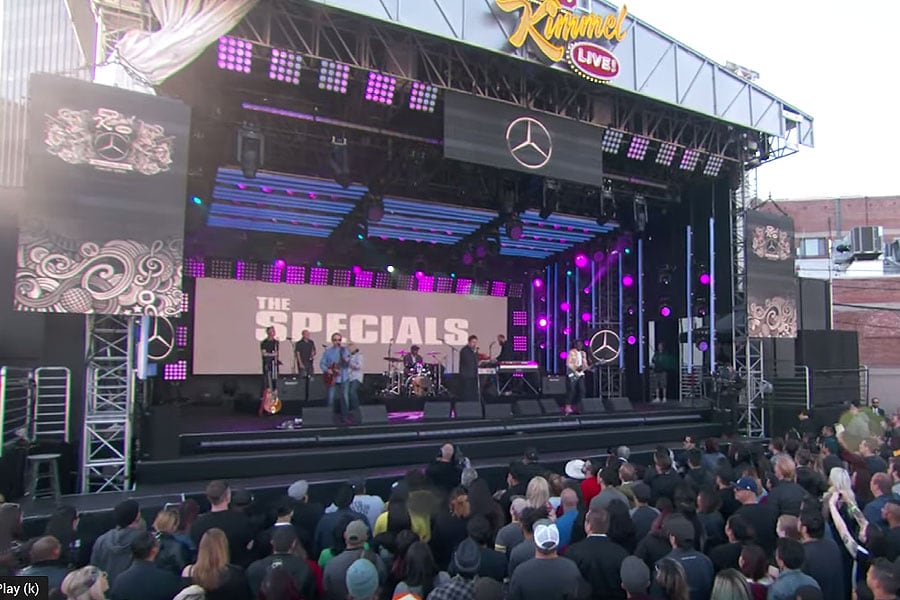 The Specials made a TV appearance on Jimmy Kimmel Live Tuesday night and performed “Vote For Me” and “10 Commandments.” The band is over in the US on tour and to promote their new album Encore. I was waiting for the video to be posted on YouTube but JKL never did but thankfully The Specials posted it…

Unfortunately, they had to cancel their Anaheim gig since Lynval had fallen ill before getting on stage. The band addressed the news the following morning:

Lynval was taken ill shortly before going onstage in Anaheim, CA last night and we had to cancel. After being checked over in hospital doctors advised rest where possible. Easier said than done with Mr Golding, who is adamant he’ll be in San Diego on Thursday.

All other rumours of broken legs & band fights are colourful but thankfully untrue.

Thanks for your support, and apologies for any inconvenience.

But they have rescheduled the show for June 2nd.