The long awaited, long-rumored Bill and Ted third movie has been talked about to death for years and years and it’s finally happening. Bill and Ted’s third movie will be called Bill & Ted Face the Music and is in pre-production with Keanu Reeves and Alex Winter set to reprise their roles as the duo. Dean Parisot (Galaxy Quest) will be directing and Chris Matheson (Imagine That) and Ed Solomon (Men in Black) will be writing the script. Most excellent news

Here’s the synopsis if you want to know, but some things could change when they start filming:

When we last met Bill and Ted they were time-traveling teenagers trying to pass history class and win the battle of the bands. Once prophesized to save the universe with their rock and roll, middle age and the responsibilities of family have caught up with these two best friends who have not yet fulfilled their destiny. They’ve written thousands of tunes, but they have yet to write a good one, much less the greatest song ever written. With the fabric of time and space tearing around them, a visitor from the future warns our heroes that only their song can save life as we know it. Out of luck and fresh out of inspiration, Bill and Ted set out on a time travel adventure to seek the song that will set their world right and bring harmony in the universe as we know it. Together with the aid of their daughters, a new crop of historical figures, and some sympathetic music legends, Bill and Ted find much, much more than just a song.

It sounds like it will be like Bill & Ted’s Excellent Adventure, the far superior movie! I only like parts of Bill & Ted’s Bogus Journey (playing games with the Grim Reaper) but didn’t care for the rest of the movie. I have to watch the first movie once a year so I hope this third movie is like that. Let’s hope this doesn’t suffer the fate of other long-awaited sequels and they don’t live up to the original movies. Maybe they can have George Carlin’s daughter be in the movie as a nice tribute to Rufus? 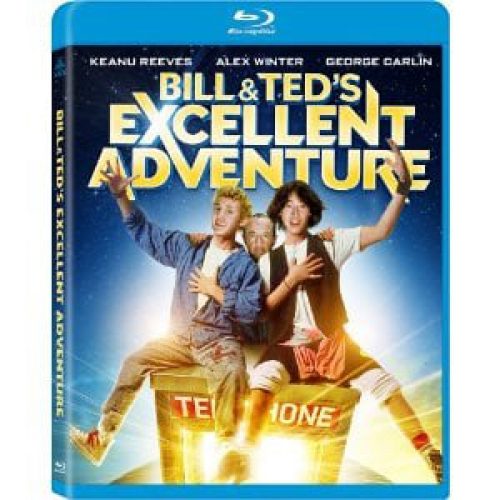