Ennio Morricone, one of the most iconic and legendary film composer has passed away at the age of 91. Morricone has done over 500 movies included a lot of the “spaghetti westerns” like A Fistful of Dollars, For A Few Dollars More, and The Good the Good and the Ugly. Plus you might have known his work from The Mission, Cinema Paradiso, The Untouchables, The Thing, The Hateful Eight and loads loads more. He had a bit of a resurgence in his later life since Quentin Tarantino would re-use his older score pieces into his movies like Kill Bill Vol. 2 and Inglourious Basterds. R.I.P. Maestro!

His “No Name” scores were my favorite particular the themes for each and of course “The Ecstasy of Gold.” I’m a whistler so those pieces were always a favorite of mine. A Fistful of Dollars is a great whistling theme. I would say my first piece that I really knew from Morricone was music from the Mission. A movie I still haven’t seen but the music is just so beautiful. I love all the little pieces QT picked out for his movies as well. Quentin was, in a way, introducing Morricone’s music to a younger generation who might not know his lesser known works. Morricone influenced a ton of film composers and his music and influence will live on. My hearts go out to his family, friends and colleagues. Grazie Morricone!

Renowned for scoring Sergio Leone’s spaghetti Westerns, the Oscar winner also produced the sounds and music for ‘Days of Heaven,’ ‘The Mission,’ ‘Cinema Paradiso’ and ‘The Hateful Eight.’

Ennio Morricone, the Oscar winner whose haunting, inventive scores expertly accentuated the simmering, dialogue-free tension of the spaghetti Westerns directed by Sergio Leone, has died. He was 91.

The Italian composer, who scored more than 500 films — seven for his countryman Leone after they had met as kids in elementary school — died in Rome following complications from a fall last week in which he broke his femur.

A Fistful of Dollars, Ennio Morricone, film composer, film music, For a Few Dollars More, movie music, rest in peace, RIP, The Good The Bad and The Ugly 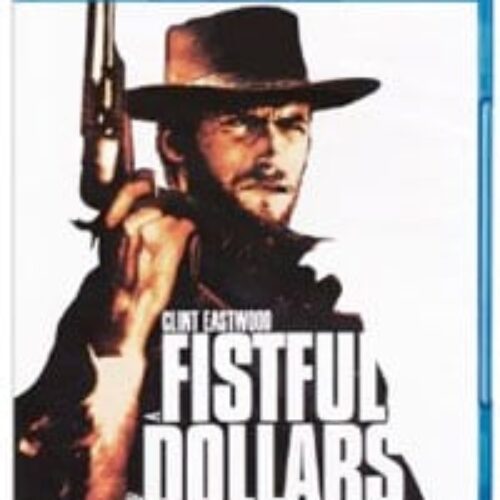 A Fistful of Dollars Blu-Ray