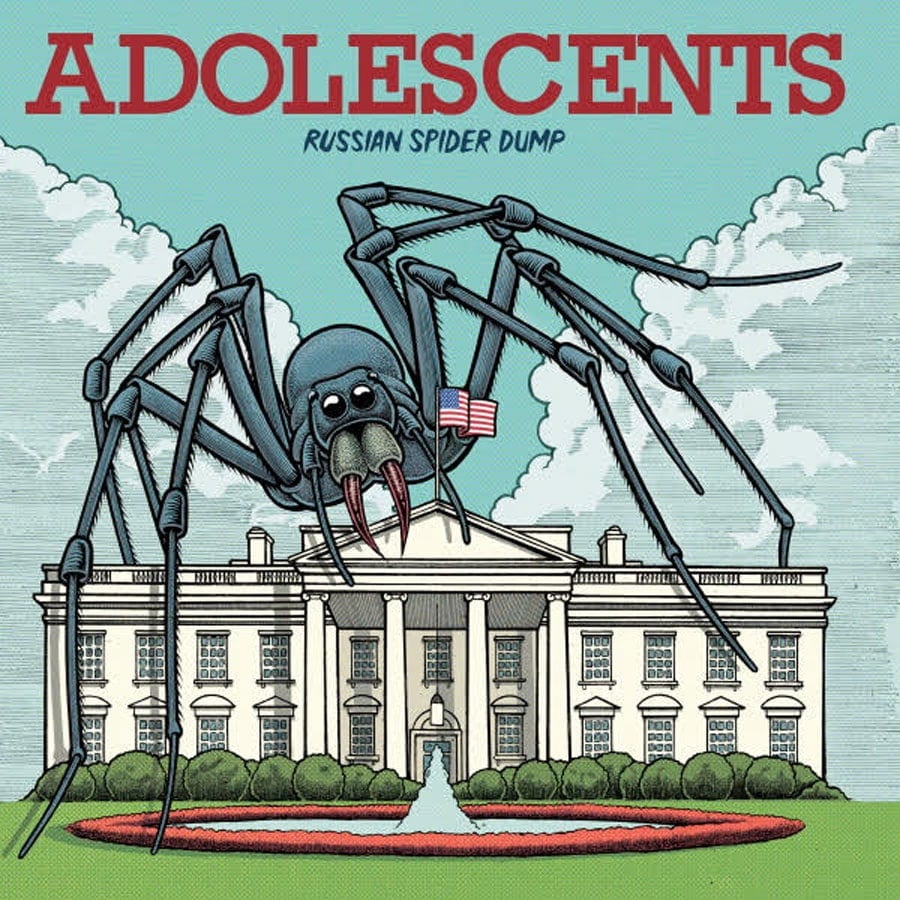 Adolescents suffered the loss of founding member Steve Soto back in 2018 but they press on with longtime frontman Tony Reflex leading the charge. The California punk band will be releasing a new album on October 23rd via Cleopatra Records. The album will be called Russian Spider Dump. It will be available on both CD and limited-edition colored vinyl starting October 23, so pre-order now!

SoCal hardcore punk icons, Adolescents, have paid more than their fair share of rock n’ roll dues, from the hardscrabble days of their early years in the Orange County punk scene mixing it up with Agent Orange, Social Distortion and others to their rapturously received 2001 reunion and finally the heartbreaking loss of bassist and founding member Steve Soto in 2018.

With their first set of new recordings since Soto’s passing, it’s no wonder the band are in a reflective mood, revisiting the music of some of their many influences and peers, digging deep into the collective crate of obscure gems and coming up with some killer covers of tracks by Germs, Redd Kross, The Dickies, Subhumans, Dils, Muletrain, and even ‘70s psych rock outfit Spirit! The new album, Russian Spider Dump, finds longtime Adolescents frontman/vocalist Tony Reflex, who alongside Soto remained the band’s only constant presence throughout their many tumultuous years, keeping the band’s punk rock spirit as fiery as ever and demonstrating that these veterans have only grown more confident and passionate with time. Just check out the absolute bravura performance of The Dickies “Just Say Yes” that amps up the grit and rawness without losing any of the song’s pop hooks.

Listen to the song “Just Say Yes” below: