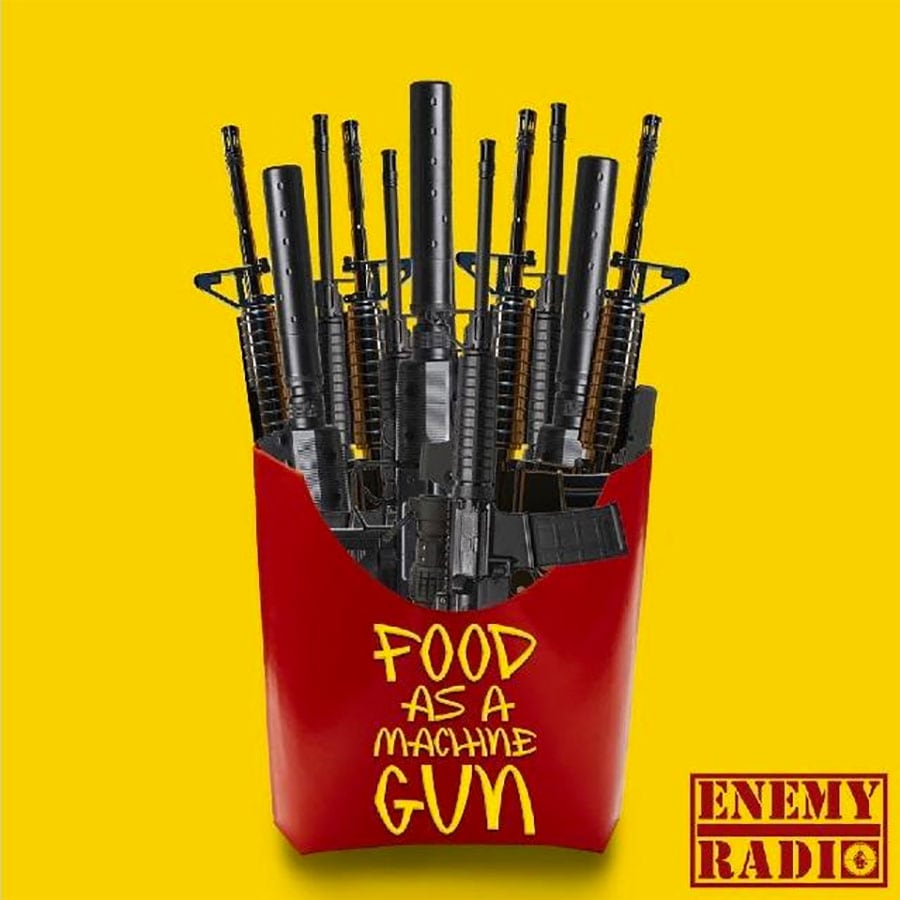 So I guess the Chuck D and Flavor Flav recent feud was a hoax!?!? Holy crap didn’t see that happening. A social commentary about disinformation and Flavor Flav is indeed still apart of P.E. Chuck D did confirm that Flav doesn’t do political and benefits, but they are cool with everything and that’s why Enemy Radio was created. So with that, there’s a brand new Enemy Radio/Public Enemy album (Chuck D, DJ Lord, Jahi and the S1Ws) out today called Loud Is Not Enough, on April Fool’s Day no less. Flavor Flav is even featured on the track “Food As a Machine Gun.” The track goes after the food industry and how much chemicals they put into the food.

Chuck D said their “War Of The Worlds” inspired hoax began on March 1st when Chuck D announced Flav would no longer be a part of the iconic group following a public dispute.

“I had watched Orson Welles’ ‘War Of The Worlds’ from 1938 when he pulled the wool over the public’s eyes as they put 100% belief in the technology of radio,” explains Chuck D. “Most people followed like a Pavlovic dog just like they do now. Flav doesn’t do benefits and stays away from political events – we been cool and always agreed about that. Enemy Radio was built for that reason, to be a DJ+MC auxiliary unit of Public Enemy, a no-slack homage tossback to DJ+MC roots. It is DJ Lord, myself and Jahi with the S1Ws. Hearing the confused mush of political talk while under the bowels of Trumpotus made me use a presidential stage as my platform. Out of this storm came a plan between Flav and me to remind people that what’s important should have as much, if not more, value than just what’s popular. Thus came the HOAX, our ‘War Of The Worlds.’ Believe half of what you hear and NONE of what you see.”

“So it’s April 1, 2020 and as we hoard food and empty store shelves, Chuck D and Flavor Flav hijack it as April ‘FlavChuck’ Day to end the HOAX with Enemy Radio’s new song, ‘FOOD AS A MACHINE GUN.’ ‘Don’t Believe The Hype’ 2020 style” says Chuck D. “That’s right, this is Enemy Radio featuring Public Enemy, with more around the corner: Enemy Radio’s debut album, ‘LOUD IS NOT ENOUGH,’ is here. ‘FOOD AS A MACHINE GUN’ is the first taste, an attack on the food industrial machine that opens minds to the direct need, dependency and necessity – yet killer – of our current lives, taking inspiration from Kristin Lawless and her book, ‘Formerly Known As Food.'”

You can listen to the new album Spotify!