Everyday Sunshine: The Story of Fishbone is a new documentary about the band and it’s set to hit theaters in NY and LA in October. The film was narrated by Morpheus Laurence Fishburne and directed by Lev Anderson & Chris Metzler. If you are fan and live in those cities, might be a good idea to your skank ass out to the movie theater.

When Fishbone first emerged from California, no other band sounded or looked like them, and the weight of their innovative and iconic presence is still being felt decades later. Coinciding with the group’s 25th anniversary, filmmakers Lev Anderson & Chris Metzler have directed a compelling new documentary, narrated by Laurence Fishburne. Everyday Sunshine: The Story of Fishbone is both a fascinating and brutally honest look at the band’s history for longtime fans, as well as a perfect entry point for newcomers.

Pale Griot Films is proud to present the US Theatrical release of Everyday Sunshine: The Story of Fishbone in New York and Los Angeles this October. The film had its World Premiere at the 2010 Los Angeles Film Festival, and went on to screen at the SXSW Film & Music festival, among many others. Everyday Sunshine will open on October 7th at the ReRun Theater in Brooklyn, NY, and on October 21st at the Laemmle Sunset 5 in Los Angeles, CA. Many other cities (including Chicago, San Francisco, Boston, DC) will follow. The band is also celebrating their 25th anniversary with the release of their much-anticipated new EP, Crazy Glue, outon October 11th on DC Jam Records.

Everyday Sunshine is a documentary about the band Fishbone, musical pioneers who have been rocking on the margins of pop culture for the past 25 years. From the streets of South Central-Los Angeles and the competitive Hollywood music scene of the 1980’s, the band rose to prominence, only to fall apart when on the verge of “making it.”

Laurence Fishburne narrates Everyday Sunshine, an entertaining cinematic journey into the personal lives of this unique Black rock band, and an untold story of fiercely individual artists in their quest to reclaim their musical legacy while debunking the myths of young Black men from urban America. Highlighting the parallel journeys of a band and their city, Everyday Sunshineexplores the personal and cultural forces that gave rise to California’s legendary Black punk sons that continue to defy categories and expectations.

At the heart of Fishbone’s story is lead singer Angelo Moore and bassist Norwood Fisher who show how they keep the band rolling, out of pride, desperation and love for their art. To overcome money woes, family strife, and the strain of being aging Punk rockers on the road, Norwood and Angelo are challenged to re-invent themselves in the face of dysfunction and ghosts from a painful past.

You can watch the trailer here:

For more info about the doc, visit the official site here. 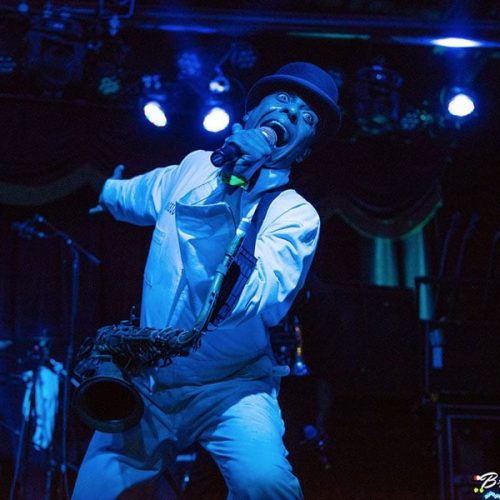