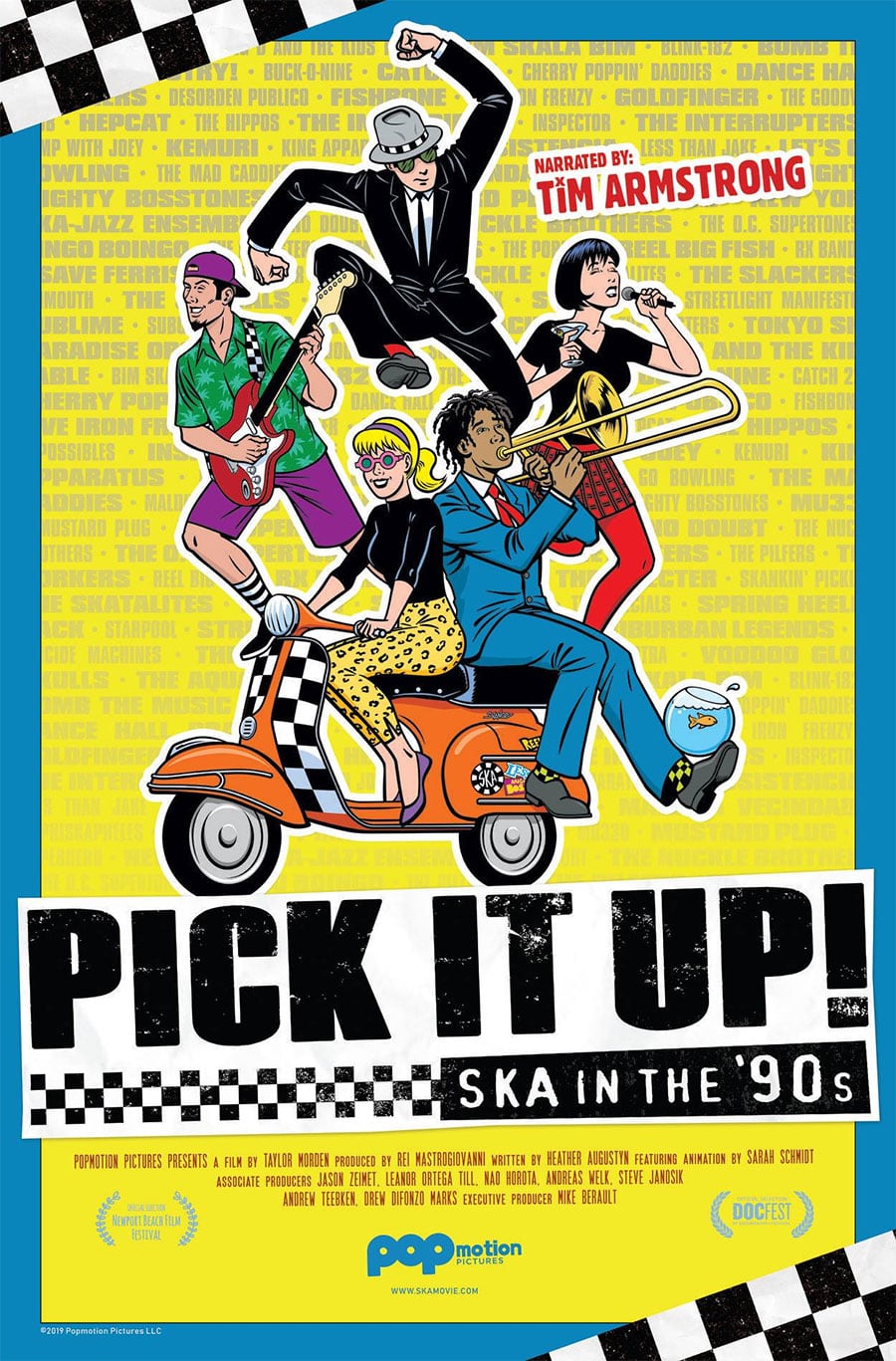 Pick It Up! – Ska in the ‘90s focuses mainly on the ‘90s era (obviously – it’s in the title), with it’s quick rise and fall from the mainstream. Portions of the movie are narrated by Tim Armstrong, which seemed like a fitting person to narrate this since he was apart of the ska boom. The movie has a cool opening credits set to the sound of Reel Big Fish’s “Don’t Stop Skankin,” filled with animation and photos (some provided by yours truly). The movie gives us a nice animated look at the history of ska, and then the people getting interviewed, go over the music itself and their experiences. Bands talk about the culture, the fashion, the dancing, horn sections, the politics, and many other factions that makes ska what it is. A ska documentary wouldn’t be complete without talking about what went wrong and why it collapsed as fast as it did.

I really liked how Taylor directed the movie. The usage of animation to show us things, or the transitions from interview to interview was done well. There were some reenactment scenes to demonstrate what interviewees were talking about as well. Instead of just showing us clips from ska shows or TV clips, he had an old TV playing the clips. Having Tim Armstrong narrate was pretty cool, and he’s no stranger to narrating things. He did that half hour Noisey webisode on Under The Influence: 2-Tone a few years ago. I actually felt like he could have appeared on screen to talk about Rancid’s success but he’s not really one for interviews. That didn’t stop others from talking about hearing and seeing Rancid on the radio and MTV for the first time though.

I would say the movie covered a lot of ground considering it was mainly about the ‘90s. You got the history of the ‘60s, ‘70s, ‘80s and ‘90s. Since it’s about ska getting popular in the’ 90s and hitting the mainstream, those bands like No Doubt, Rancid, Reel Big Fish, Mighty Mighty Bosstones, Golfinger, Buck O Nine, Save Ferris, Less Than Jake, The Aquabats were focused on more than others. With that said, Taylor still did a great job of giving A LOT of other people a chance to give their side of things and speak. You have interviews with musicians from all over the US (yes East Coast too), Australia, England, Japan, Mexico and South America. So when the movie comes out and if I see ska purists and elitists saying the movie only covers the West Coast of ska, I’m just going to give one big eye roll. Now, if this was some type of 6-part mini-series and it still did that, then I think that criticisms would be justified. It’s a 99 minute movie, so take it for what it is and just enjoy it.

The flow of the interviews and the narration moved the movie along. In the beginning, everyone just talked about what ska was, how things were back then, the dancing, the fashion and all that. I loved hearing stories about touring, how bands used to do everything DIY with making flyers and things like that. It brought me back to those days, which in part is a big reason why I wanted to see this documentary. Didn’t hurt that I personally knew a lot of the people in the movie either. I liked the story from Greg Lee of Hepcat telling a story about playing in the midwest and being pissed off that no one danced. Then he found out after that no one knew, and that’s when Greg and Alex began starting to dance more on stage.

The bands being interviewed talked about how when the music got into the mainstream, other bands that didn’t get there be would sour grapes about it. I could definitely see that around scene. They also talked about how there were so many ska bands out there by the end of the craze, and they weren’t even that good. I believe Roddy Byers of the Specials simply put it: “I was Ska’d out” when they would put 6 bands on one bill. That was always my feeling, that it was good for the scene to die out a little because all the good bands stuck around and continued to play while the other ones fizzled out or ditched the horns. I hated when promoters/venues would dump 5 local bands (that were barely tolerable) and then have one headliner play so late. So when the headliner finally went on, you were exhausted or had to leave early. Didn’t think bands felt that way too.

There’s a few funny moments in the documentary. There’s a quick cameo gag that made me laugh, the cringy footage from news broadcasts talking about ska made me laugh and hide my face at the same time. The Carson Daly Skaturdays thing was probably the biggest laugh. Aaron Barrett of Reel Big Fish had a lot of hysterical things to say as well. Scott from RBF went around the streets of New York asking people about ska, and got some hilarious results.

The documentary will be premiering at Newport Beach Film Festival on April 26th and then elsewhere after that. People who donated to the very successful Kickstarter campaign then should start to see their rewards in the Summer I believe? Either way, the documentary is well on it’s way and if you get the chance to see it with friends in a movie theater, that would be a fun experience.

I thought the movie was awesome and just a joy to watch on many levels. It brought me back to the 90s, and was cool to see documentary about the music I love put together this well. I’m sure there will be complaints from people wishing the movie cover such and such scene or band more but what can you do with a movie that is 90+ minutes long? The focus was on ska in the mainstream and ska in general but at the same time, Taylor gave a good amount of time from other non-mainstream acts. I’m hoping the Blu-Ray, etc. has extended interviews because there were a lot of musicians I wanted to hear from more. I love music documentaries, particularly genres I really care about. There hasn’t been too many ska docs out there but I feel Pick It Up! – Ska in the ‘90s is one of the best ones. It’s certainly one of my favorite music documentaries next to American Hardcore and the Other F Word. Perhaps people will see this and be inspired to make their own documentary about something that wasn’t covered as much and you know what, I’ll watch that one too. 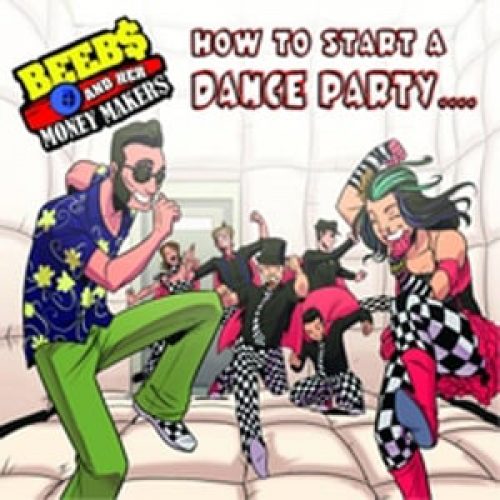