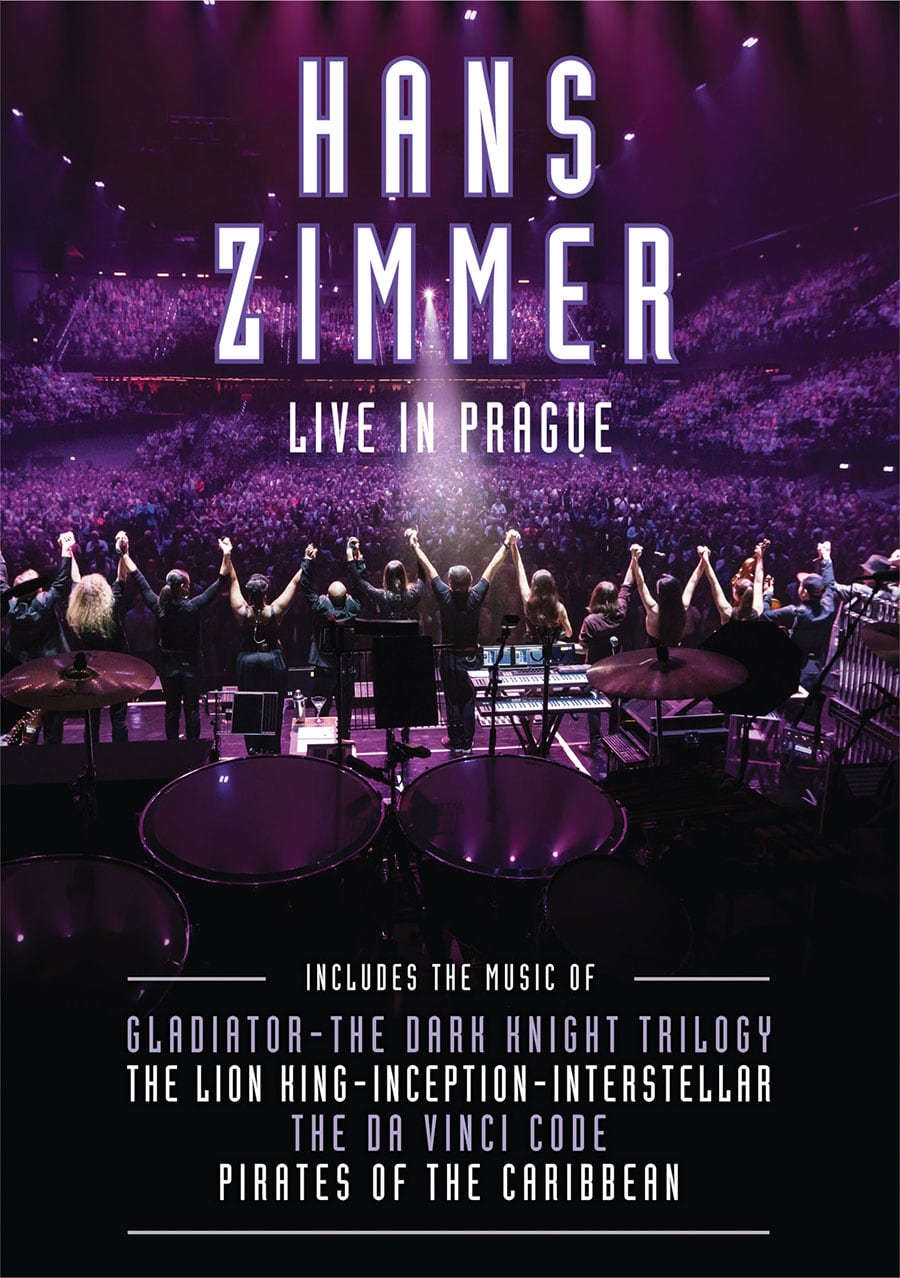 You’ve already read me raving about Hans Zimmer’s live concert 2 weeks ago, now this news makes me even happier! Hans Zimmer “Live in Prague” will be released on November 3rd on multiple formats (DVD, Blu-ray, 2CD, and 4LP) via Eagle Rock Entertainment. If you couldn’t make it out to one of his concerts or made the mistake of passing it up, now’s your chance to see the entire thing on video!

One of the most successful film music composers working today, Academy Award-winner Hans Zimmer (The Lion King) will be presented on multiple formats when Live In Prague is released on November 3 via Eagle Rock Entertainment.

This concert was filmed on May 7, 2016 in Prague during Hans Zimmer’s hugely successful European concert tour. Zimmer was accompanied by a band, orchestra and choir, 72 musicians in total, including guitarist Johnny Marr (of The Smiths). The staging was spectacular with a ground-breaking light show, stunning visuals, and a state-of-the-art sound system. Hans Zimmer performs on multiple instruments and gives introductory insights to many of the pieces during the concert.

With a multi-award winning career reaching back to the mid-eighties, Zimmer (whose film scores have also earned 2 Golden Globes, 4 Grammys, 4 Satellite Awards, 3 Saturn Awards and 3 Classical Brit Awards along with many more nominations), has developed close working relationships with renowned directors such as Ridley Scott, Tony Scott, Michael Bay, Ron Howard, Gore Verbinski and Christopher Nolan. His credits include some of the biggest blockbuster movies of all time along with acclaimed TV series such as The Crown and Planet Earth II.

This year, Hans Zimmer has toured across Europe and he takes his show to North America this summer. He has also written the score for the new Christopher Nolan film Dunkirk, which is expected to be one of the biggest films of 2017. Live In Prague is both a celebration of a rare talent and a treat for lovers of both great music and revered films.

3) Gladiator Medley: The Wheat / The Battle / Elysium / Now We Are Free

6) Pirates Of The Caribbean Medley: Captain Jack Sparrow / One Day / Up Is Down / He’s A Pirate

11) The Electro Suite (themes from The Amazing Spider Man 2)

12) The Dark Knight Medley: Why So Serious? / Like A Dog Chasing Cars / Why Do We Fall / Introduce A Little Anarchy / The Fire Rises