When you’re as frenetic and consistently on-the-go as LESS THAN JAKE, you need to release that energy somehow. On June 21, 2011, these punk/pop/ska rockers are unleashing a whole lot of energy by way of a four DVD digipack called ANTHOLOGY on their own label, Sleep It Off Records. With over eight hours of music spanning six records, Anthology is a collection of live performances of each of their albums in sequence: Pezcore (1995), Losing Streak (1996), Hello Rockview (1998), Borders & Boundaries (2000), Anthem (2003) and In With the Out Crowd (2006).

Recorded in their home state of Florida, the band played two nights each in St. Petersburg, Orlando and Jacksonville during the winter of 2007, capturing each of the shows in three different venues. A bonus DVD is included, jam-packed with footage spanning the band’s touring career with clips dating as far back as the mid 90’s up to present day. Each concert DVD was recorded with high definition cameras and multi-tracked audio, and edited by band members Buddy Schaub and mixed by Roger Lima at The Moat House.

Well-known for the intensity of their live performances, Less Than Jake pull out all the stops for Anthology, something that they pretty much do for every show. “Less Than Jake knows that the focus of their shows is the music, and they always deliver a typically high-energy, dynamic set,” praised PopMatters. “Their shows are nothing short of perfect… on a scale of 1 to 10, the concert was at least a 29,” lauds Punknews. “All those years on the road have only made LTJ better showmen,” chimes Seattle Weekly. “I’ve never seen anyone rock out so hard with a trombone, or egg on a mosh pit as aggressively with a saxophone.” Anthology captures LTJ’s unbridled enthusiasm and bottles it onto four DVDs.

With their headlining slots on Tavares, FL’s Rock Steady Fest on May 7th and the full Warped Tour this Summer, Less Than Jake aren’t planning on slowing down anytime soon. 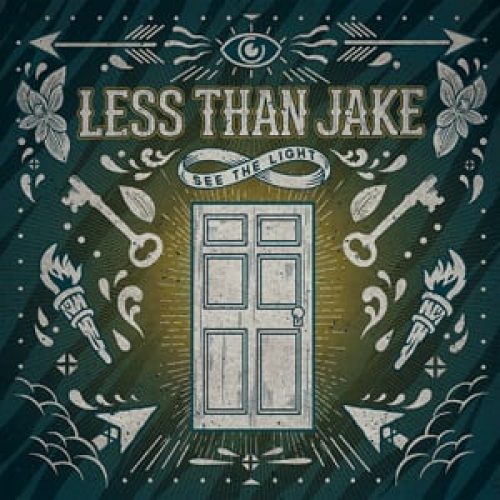 Less Than Jake – “See The Light”