This month Mad Sin are embarking on a tour of North America in support of their latest release “20 Years In Sin Sin” on Hep Cat Records.

Mad Sin were born in 1987 out the hard rockin’, street fighting, hard drinking, seedy gutter of the Psychobilly/Rockabilly/Punk underworld that festered in a Berlin still entombed by the Eastern Bloc. Not even the Iron Curtain could stop the spread of the sickness that spewed from the first incarnation of the band, Koefte, Stein and Holly when they blasted headlong into the thriving European Psychobilly scene with their first full length album “Chills and Thrills”. “20 Years In Sin Sin” is a celebration of the lifetime of musical depravity that has epitomized the career of the band. This collection spans the years since their inception back in those squat dwelling days of two decades ago as well as old favorites and rare B-Sides this new album boasts six brand new studio tracks, five which emanate from the poison pen of Koefte De Ville as well as a barnstorming live performance recorded on their triumphant tour of America last year which climaxed at this Hollywood show and was recorded by Moses Schneider. Bad taste never sounded so good and no band does it better than the original wild men of German Psychobilly: Mad Sin. 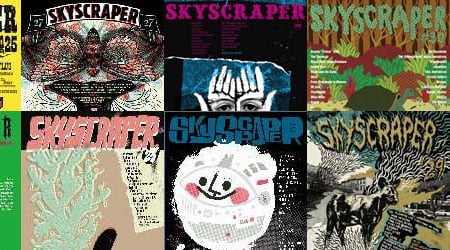 Next: AC/DC returns to the US again this summer