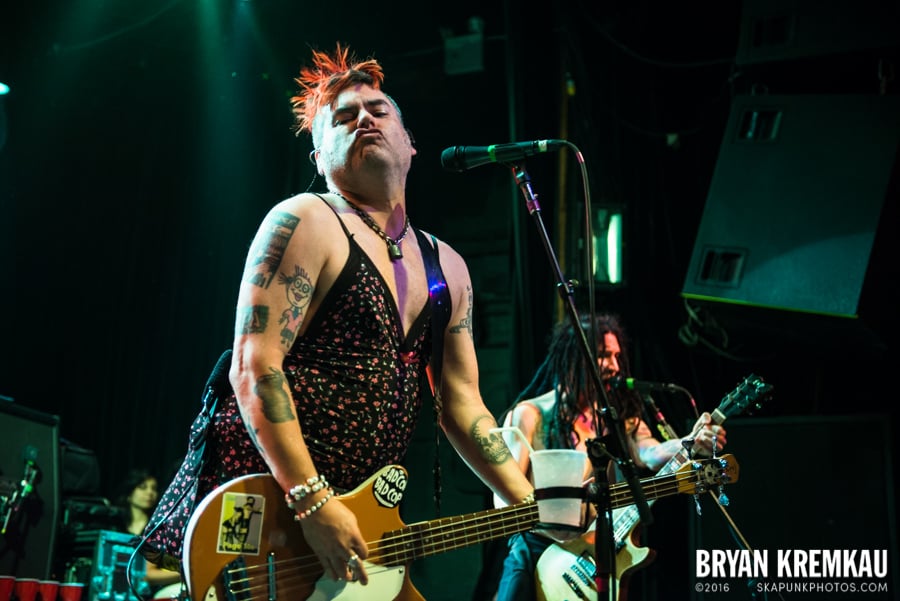 Is NOFX breaking up after next year? If they do, they plan on going out with a bang. NOFX released Single Album last February, and now the second half of the double album, appropriately titled Double Album, will be released on December 2nd. Bill Stevenson and Jason Livermore will be producing the album and of course will be released on Fat Wreck Chords on December 2nd. You can hear a sample now with the track “Darby Crashing Your Party.” Check it out below!

Fat Mike talked about Double Album and why make a double album:

“I wish I knew,” the fat one offers, almost confounded why anyone would ever ask him that question in the first place. “OK. I mean, we have a lot of records. I’m not sure how many, let’s call it 15 with 10 more EPs and 65 7″s. I wanted to do a double album cuz there are no good ones out there. Pink Floyd’s The Wall is about it. Quadrophenia is OK, I guess, if you’re a Who fan. Definitely not [The Beatles’] White Album. I don’t think anybody else has made good double albums. Certainly not Husker Du, Minutemen, or Smashing Pumpkins.

“I really like Single Album a lot, but the songs on Double Album aren’t quite up to scratch. All these songs were recorded at the same time, except this one was finished two years later. I think it’s a very enjoyable album, and maybe our funniest. I think it is what a lot of our fans will want to hear and it’s a great side three and four for a double album. I accomplished my goal of making a solid double-album, but it just took a lot longer than I expected.”

Double Album track-listing
1. Darby Crashing Your Party
2. My Favorite Enemy
3. Don’t Count on Me
4. Johanna Constant Teen
5. Punk Rock Cliché
6. Fuck Day Six
7. Is It Too Soon if Time Is Relative?
8. Alcopollack
9. Three Against Me
10. Gone with the Heroined