Stephen “Ragga” Marley will get back on the road this summer, playing with reggae rock band Slightly Stoopid on the Summer Sessions 2014 Tour. On select dates, NOFX, Cypress Hill, G. Love & Special Sauce will be playing as well! The tour will be hitting Stone Pony Summer Stage in Asbury Park, NJ on August 3rd.

After selling out prestigious venues on his headlining U.S. Spring 2014 tour, Stephen “Ragga” Marley will get back on the road this summer.

The eight-time Grammy winner and son of Bob Marley will join Slightly Stoopid on the Summer Sessions 2014 Tour. The 20-city amphitheater run – with NOFX, Cypress Hill and G. Love & Special Sauce on select dates – will begin July 9 in Eugene, OR and wrap August 16 in Boca Raton, FL.

Marley will also be hitting the festival circuit throughout the season. Before the Summer Sessions 2014 Tour, he heads to Michigan for Detroit’s 4th Fridays In The Park on June 27 and Rothbury’s Electric Forest Festival on June 28. Then he will venture to Salt Lake City for Reggae Rise Up on July 13 and the Blackwater Music Festival on August 22 in Live Oak, FL.

His son Jo Mersa, who recently dropped his brand new debut EP Comfortable, will open for Marley on the entire stretch, which spans the eastern and western regions of the United States.

While on the road, Stephen will be previewing songs from his eagerly-awaited effort Revelation Part II: The Fruit of Life and playing beloved hits from his previous albums (all of which won a Grammy for Best Reggae Album).

Revelation Part II: The Fruit of Life will be released later this year on his label Ghetto Youths International (which is co-owned with his brothers Damian and Julian). Stephen “Ragga” Marley’s forthcoming album is the second installment in a two part series, following his 2012 album Revelation Part I: The Root of Life. Whereas The Root of Life is a celebration and preservation of roots reggae – filled with powerful messages, enriching spirit and live instrumentation – The Fruit of Life will utilize a diversified sonic palette to express the far-reaching impact Jamaican music has had on various genres, especially hip hop. The new album features a variety of guest collaborations with Rick Ross, Dead Prez, Rakim, DJ Khaled, Busta Rhymes, Wyclef Jean, Shaggy, Black Thought (of The Roots), Bounty Killer, Sizzla, Capleton, Damian “Jr. Gong” Marley, Ky-mani Marley, Jo Mersa and more. 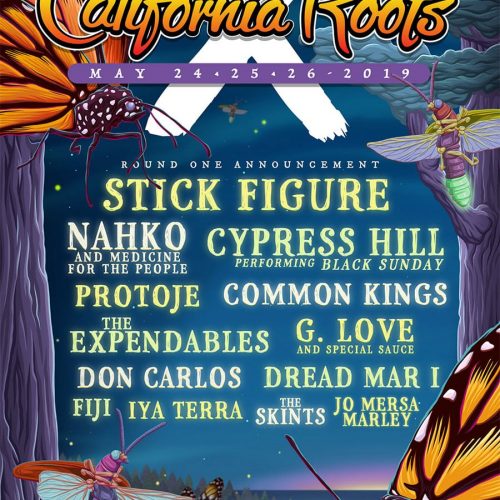