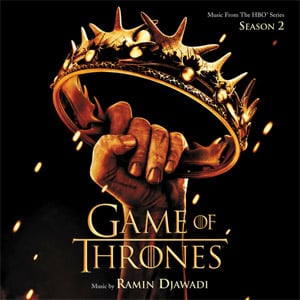 Game of Thrones is without a doubt the best TV series on right now. The show has 2 more episodes to go for the season and the score for the Second Two was announced for release on June 16th. In the meantime, it appears iTunes has the soundtrack available for download now and you can preview the tracks as well.

Ramin Djawadi’s theme song is one of the best theme songs I’ve heard in a very long time. His score for season 2 sounds amazing based on the clips I’ve heard. But the biggest surprise is the National appearing on the soundtrack and playing the Lannisters’ “The Rains of Castamere.” It’s an important song for the show, and it’s downright haunting! Based on the song alone, I can’t wait to see if the song is played during the TV series or this is just some end credits thing. Check it out below!

The tracklisting can be found here but there are some minor spoilers in the titles.

Looks like it was mistakenly put up by iTunes. Whoopsie!

Check out the excellent Winter is Coming for all things Game of Thrones!