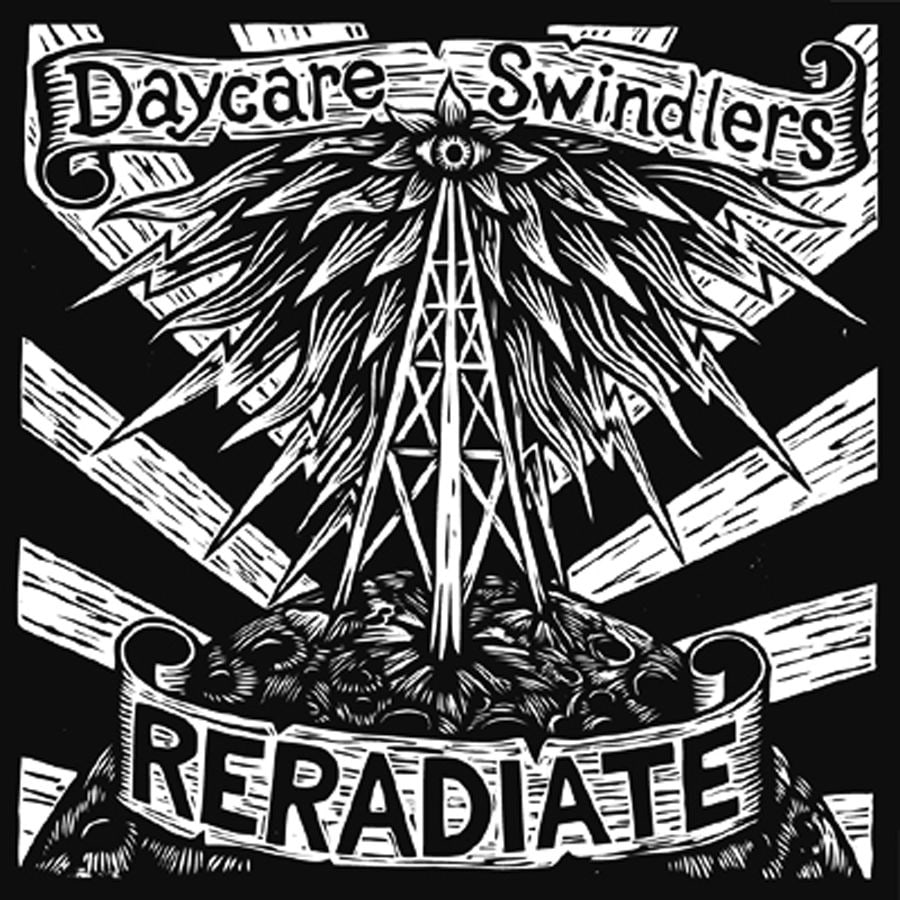 After a lengthy hiatus, the Daycare Swindlers decided to get back to business with the release of “Reradiate”, the bands’ first full length since 2004.

I can remember way back in the early 2000s when Go-Kart Records, for some reason or another, offered up free downloads of a bunch of bands on their roster. I can remember picking up stuff from the Amazombies, Guff, Psuedo Heroes, Plan A Project and…the Daycare Swindlers. “Heathen Radio” was the free album that the Daycare Swindlers putting out there. It stayed in my rotation for quite some time with catchy lightning quick street punk songs like “Long Hard Road”, “Holy Suicide” and “Ann Greebie”. And then the band disappeared and I managed to forget about them now and again. I guess that would be because of their musical hiatus.

Now, here I have before me, their latest release titled “Rerediate”. What’s different? What’s the same?

What’s different about “Reradiate” in comparison to my only exposure to the band with “Heathen Radio”? The Daycare Swindlers are obviously a mature band than they were 10+ years ago and that is apparent with the expansion of their musical tastes. Not only is “Reradiate” full of punk songs similar to their sound of old, but they have also decided to dabble in some metal, country and ska. Upon listening to “Reradiate”, I had not realized that the Daycare Swindlers had a ska punk background. Apparently “Heathen Radio” is the only one of their albums without a lick of ska anywhere to be found. Go figure.

What’s the same about “Reradiate” compared to other albums in their discography, which I have recently had the chance to peruse? Well, I wouldn’t say that things are the same more so that the band hasn’t seemed to miss a beat since their earlier days. The album is chock full of punk rock sensibilities with songs about social and domestic issues as well as punk rock love songs to grrrrls and alcohol as well as everything in between. The songwriting is excellent and the expansion of the bands musical influences make “Reradiate” one of my favorite listens of the year. It’s like welcoming an old friend back into the fold. Here’s hoping that the Daycare Swindlers can stick around for a while.

Bottom Line: With a sound that is similar to a mix of Left Alone, Authority Zero and Against Me, the Daycare Swindlers put their name in the hat with one solid punk rock album.
Notable Tracks: Get You Home, About A Girl, Bicycle Seat, Bad Luck, Deep River, It’s Alive
Overall Rating: