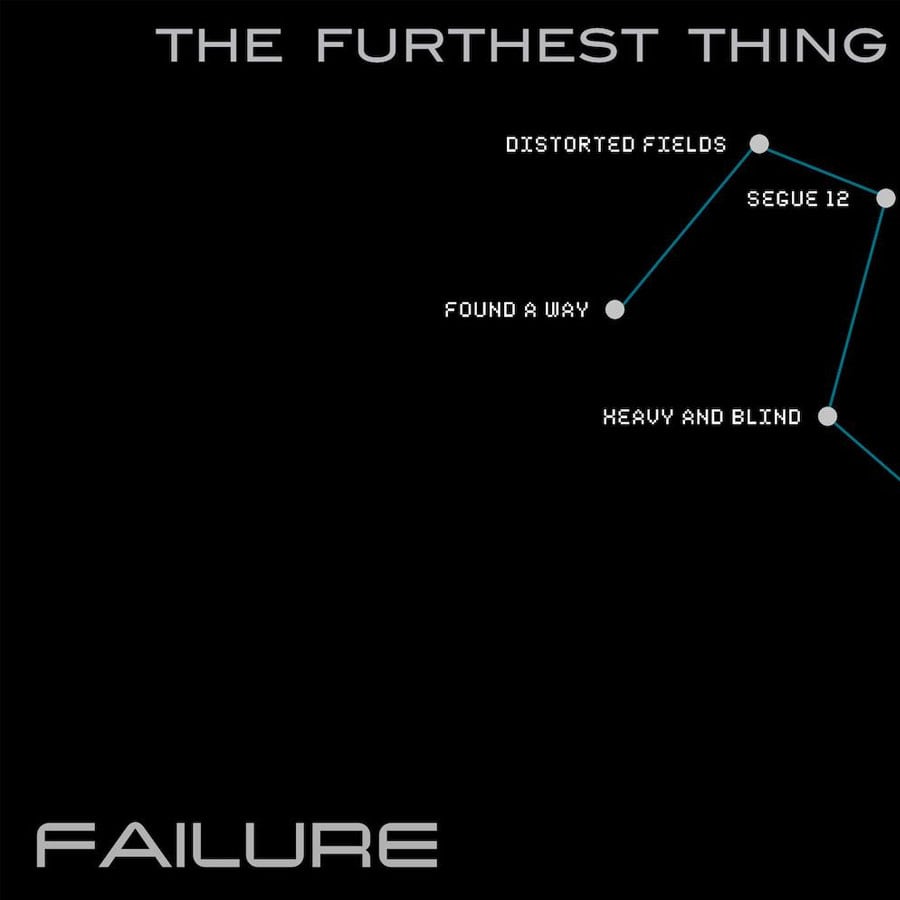 The final piece in their trilogy of EP’s to complete Album 5 for Failure is no slouch in the series. With the previous 2 installments, they found themselves pulling from all the varying styles they’ve played in over the years and this one is no different. Ken, Greg, and Kellii put their master Musicianship to the test on The Furthest Thing.


The EP starts out more rocking and melodic with “Found A Way” while continuing the pace and getting a bit spacey in the mid section of “Distorted Fields” We have yet another segue in the series, although a quick one, leading up to the final track “Heavy and Blind.” The song has that classic Failure minor laden mid section with a great atmospheric arpeggio closing out the series in grand fashion.

Ultimately this was an interesting project. When Nine Inch Nails released theirs I didn’t feel like it interconnects as well as Failure’s, and that cohesion here is what makes this series stand out, even with it being recorded separately. There is supposed to be some additional material as ”EP4” but it wasn’t made clear if that was B-side material or a further expansion on this project, but they did recently post that they were entering yes again for more tracking. This is one of those you’ll want more scenarios after hearing this and apparently the band is still more than happy to give it to you, and it’s great the band is still active and putting out great stuff