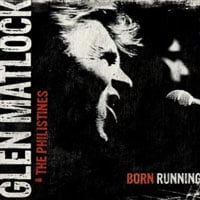 The original bassist for the Sex Pistols Glen Matlock has a new solo album out called Born Running. Glen recorded this album with his band The Philistines and Canada’s Stomp Records is releasing this album over in North America (or maybe it’s just in Canada?).

Glen’s newest effort is very melodic and I dig the rock and roll he creates. Glen got help with the guitar work with his late friend, Steve New of the Rich Kids. That makes this album just as special since this is one of the last things Steve New did. Other people that help out on the album include Stereophonics’ drummer Javier Weyler, and guitarist James Stevenson.

Glen Matlock’s Born Running is a solid album. There’s nothing bad about it and it’s just something to put and rock out to. There are 12 tracks in all and something to check out and listen to if you’ve been following Glen Matlock’s career.