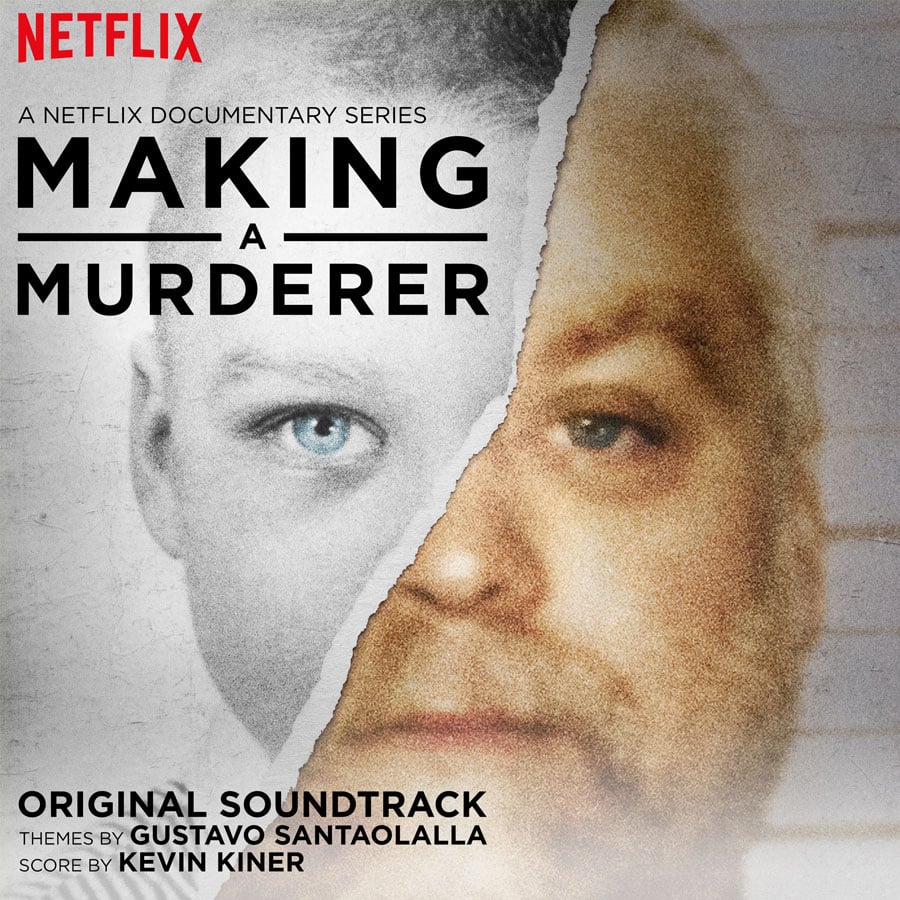 The hit Netflix documentary Making A Murderer was massively successful over the winter break. Everybody was talking about and suddenly interested in everything that happened in the series. I binged watched the series in 2 or 3 days and it was excellent! I’m curious to see how things will unfold and if Steven Avery and his nephew will be exonerated or released from jail.

For those that don’t know what Making a Murderer is, it’s a 10 piece documentary series on Netflix that was filmed over 10 years by Laura Ricciardi and Moira Demos. There’s so much to go into that it’s hard to write up a basic summary of the series. Basically, Steven Avery got arrested and sent to jail for sexual assault. Got exonerated 18 years later and then got convicted of murdering photographer Teresa Halbach. He’s been in jail every since even though there’s lots of things that point to his innocence. It’s a difficult case but an interesting one to say the least.

I didn’t really pay attention to the score all that much while watching except the theme song. The theme song was done by Gustavo Santaolalla and the score was done by Kevin Kiner. The theme is catchy but feels like it should be for a show like Games Of Thrones or Vikings. Simplistic beating drums and heavy strings make this a memorable theme song. It definitely hooks you in. Others have said it sounds like a track “Weak of Heart” from the show Hell on Wheels, which Gustavo Santaolalla also composed. Once you listen to it, you they just re-purposed it. The rest of the score takes a minimalist approach. Lots of acoustic guitar, mandolin playing and subtle score tracks using limited instruments. I like it and works in the series but the score isn’t something I’d listen to over and over again. The theme song is outstanding though.

Bottom Line: Great theme song but the rest of the score is too minimalist for me
Notable Tracks: Main Title, Missing Information, Ruined My Life
Overall Rating: