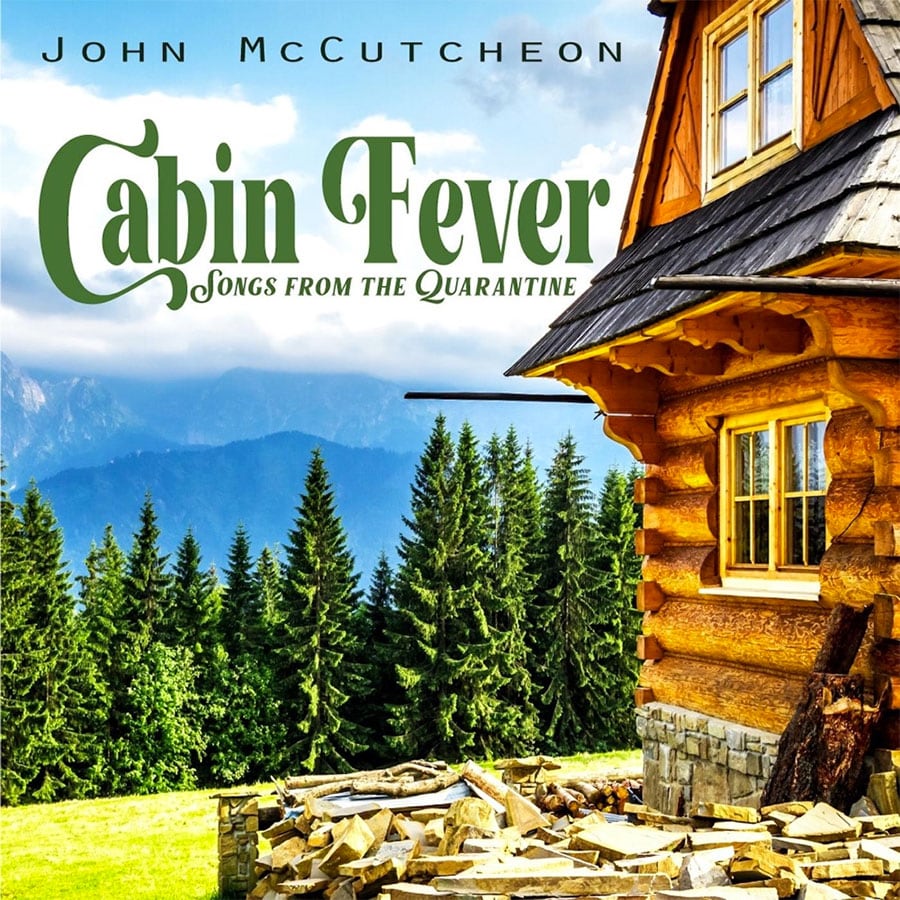 It is said that Shakespeare wrote several of his most famous plays during a London pandemic. A half-millennium later, John McCuchteon has released a new album—his 41st—of songs he wrote, arranged and recorded all since the global shutdown began in March (what’s your excuse?!).

It’s a stripped-down, acoustic affair start to back, and evidence of McCutcheon’s gifts with both composition and storytelling.

“Front Line” is a heartfelt paean to our brave first responders and healthcare workers who daily put their lives at stake to help those in need, especially during the pandemic. And lest we forget that the deadly virus has taken from us some of the legends, McCutcheon follows this with the doleful “The Night That John Prine Died”—and is as great a sendoff in song as the recently departed musician deserves.

“Sheltered in Place” examines the multiple meanings of the term, both given the quarantine as well as those who have “sheltered in place for years,” forgotten and left behind by a world that moves too fast for too many. “We’re some of the many who just disappeared,” McCutcheon sings, not so much in indictment as in plea.

“In Bristol Bay” takes a departure to parts far away, as the narrator discusses a blue-collar life in Alaska’s fisheries industry. The imagery will instantly take you to those northern latitudes at a time when travel is all but impossible—and the song has a message about the working man to boot.

Of social media, on “Control” the performer sums up what most of us have found out the hard way: “Facebook, I used to find old friends, but it all too quickly descends into vitriol and bile.” Preach!

On “One Hundred Years,” McCutcheon asks if the world will be at all recognizable to his great-great-grandchildren—and if they’ll even know anything about their musical ancestor. “Each day I am more of the past; the future is not mine” is a lyric that reminds us all to take advantage of today, and to do it now.

Then it’s back to more songs of the Plague of 2020 with “Six Feet Away,” which is far less pessimistic than it might at first sound given that the narrator advises that new love is not only possible with some distance, but perhaps even more tender given the forced separation that has come to us all. And what could be more important than lengthy friendships, whether they be in person or over technology, which is the central message of “That’s All.”

“Hallelujah Morning” may be the album’s lone misstep, but then comes “Vespers,” a funereal look at a day that is fading for the narrator, but one that is nonetheless undertaken with appreciation. Then comes a tune about man’s best friend, who cares not a whit for quarantine, on “My Dog Talking Blues.” And the songster sings what many of us are thinking on “When All of This Is Over,” about maybe taking a different tack when quarantine is over—and keeping in mind the lessons learned from being at home for months on end.

Late-album standouts to keep an ear for include “Earth,” a snidely humorous narrative told from the perspective of our long-suffering planet, and “Traveler’s Rest,” which is as great a road trip-ending song as ever there was.

This is among the greats of acoustic singer-songwriter discs out there, and “Cabin Fever: Songs from the Quarantine” belongs up there with (dare I say it) Neil Diamond’s “Home Before Dark”—similarly reflective poems told in the latter stages of life on an acoustic set of songs that proves you needn’t apply all the studio fireworks to get your message across.

Sometimes a man and his guitar is all that’s ever needed.

Notable Tracks: Traveler’s Rest, The Night That John Prine Died, Sheltered in Place, One Hundred Years, When All of This Is Over
Overall Rating: