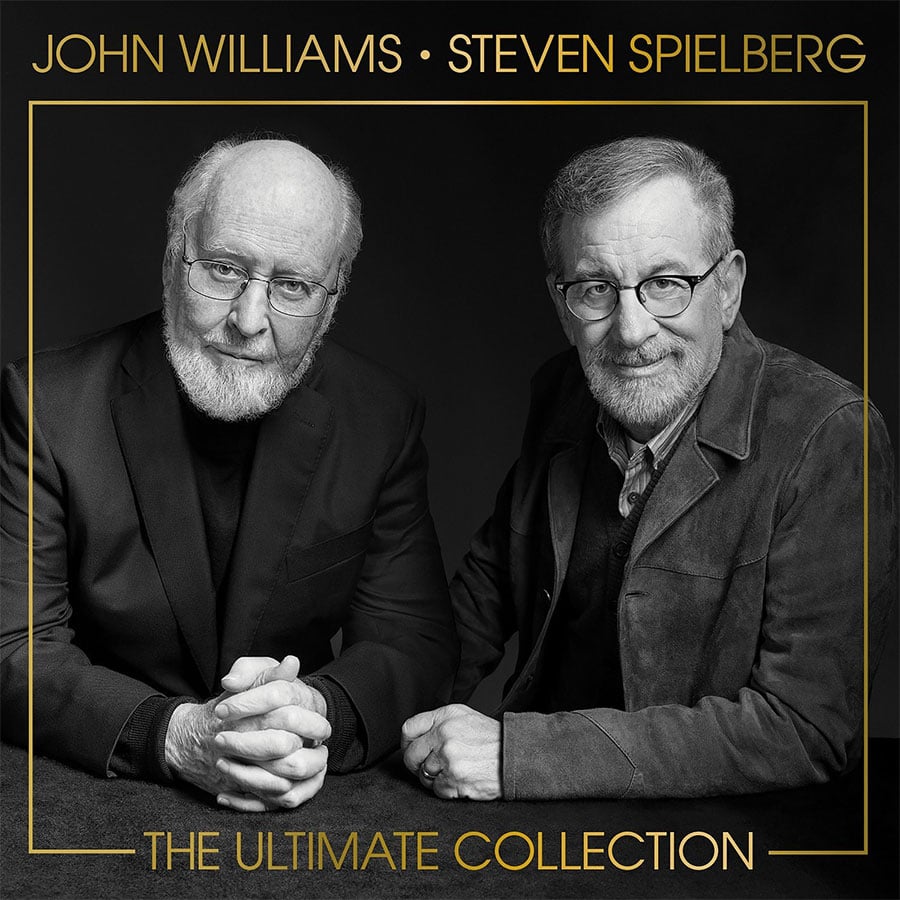 The longest collaboration in Hollywood has to be composer John Williams and director Steven Spielberg. It started with The Sugarland Express and his most recent work, The BFG. Williams has worked on every Spielberg movie except Bridge of Spies, The Color Purple and Twilight Zone: The Movie. If you’re a fan of film scores or want to get into them, this is a perfect compilation for that.

The Ultimate collection of John Williams & Steven Spielberg is spread out over 3 discs. There’s also a bonus DVD that features a documentary, but that wasn’t sent out for review. I’d like to see that though. As a huge John Williams fan, this Ultimate Collection is pretty solid and features so many tracks it’s hard to list them all here. Disc 1 starts out with of course, “The Raiders March” from Raiders of the Lost Ark. Such a timeless classic, both the movie and the music. It’s debatable if that’s John Williams’ most famous theme but then again, he usually ends with that at his concerts. I still think Star Wars is the most recognizable and most popular theme from Williams. It’s or him is the reason why I love film scores. But with in keeping with the Williams/Spielberg connection, can’t list Star Wars here.

I believe the first two discs were released already, but the third disc features new recordings. John Williams conducted the music with the Recording Arts Orchestra of Los Angeles and Spielberg produced it. You get new recordings of Indiana Jones and the Kingdom of the Crystal Skull, Amistad, The BFG, Lincoln, The Adventures of Tintin, Minority Report, Catch Me If You Can, Raiders of the Lost Ark, Saving Private Ryan, War Horse, The Terminal, Munich and Spielberg’s 1999 documentary The Unfinished Journey. In that batch of music, I loved hearing tracks from Catch Me If You Can, War Horse, Indiana Jones and the Kingdom of the Crystal Skull (which Williams loves to play live with the Boston Pops), and Lincoln. The new recording of ““Dry Your Tears, Africa”” from Amistad sounds excellent as well. That’s one I haven’t heard live yet. Hopefully I’ll get to see Williams play all these live again. This vast collection of Williams pieces are perfect for fans of Williams and Spielberg movies, film scores lovers, and just classical fans. If you’re just getting into film music, this is a great collection of music!

Bottom Line: Doesn’t get any better than the partnership of John Williams and Steven Spielberg!
Notable Tracks from: Raiders of the Lost Ark, War Horse, E.T., Amistad, Jaws, Indiana Jones and the Temple of Doom/Last Crusade, Hook, Jurassic Park, The Terminal
Overall Rating: