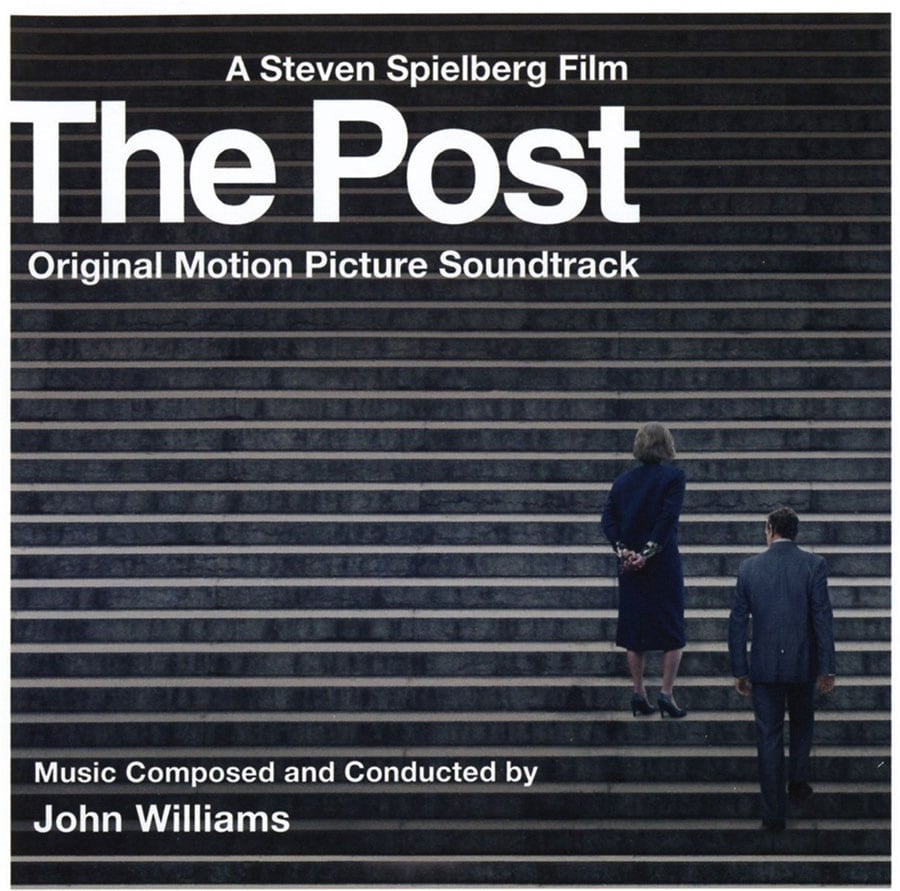 The latest John Williams / Steven Spielberg is for the excellent and beyond relevant The Post, which I saw last weekend. The movie has an all-star cast (Meryl Streep, Tom Hanks, Bob Odenkirk to name a few) and is about the Washington Post publishing the Pentagon Papers. Think of it as an unofficial, companion movie and prequel to All The President’s Men.

John Williams’ score is a good one, although it’s a bit short on the soundtrack. If I had to compare his other scores to this one, Catch Me If You Can comes to mind. It’s got some upbeat tracks but also has some suspenseful ones (“The Paper,” “Setting the Type” ) as well. There’s even two slow piano pieces (“The Oak Room, 1971,” “Two Martini Lunch”) in there as well.

It’s got a little bit of everything that isn’t a Star Wars score. If you want to listen to that, that score came out the same month as this one. I can’t help but feel grateful we got 2 John Williams scores within a few weeks of each other. Both are different but classic John Williams. Williams’ score adds to the movie, like he does with most of his scores…especially Spielberg movies.