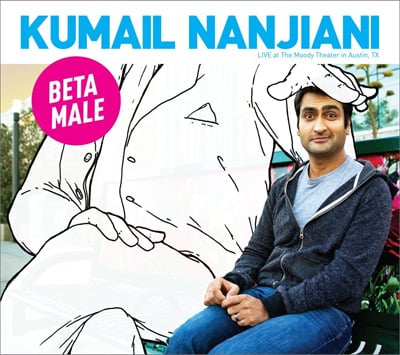 One of the comedians out there today quickly making a name for himself is Kumail Nanjiani, who seems to be everywhere these days. Whether he’s doing stand-up, co-hosting a video game podcast called The Indoor Kids, acting in Portlandia and Franklin & Bash, or guest appearing on talk shows and other variety shows…he’s just everywhere! I was skeptical I’d like his stand-up but I ended up enjoying Beta Male a lot!

The CD also contains a DVD of the extended and uncensored comedy special plus some post-show audience Q&A.