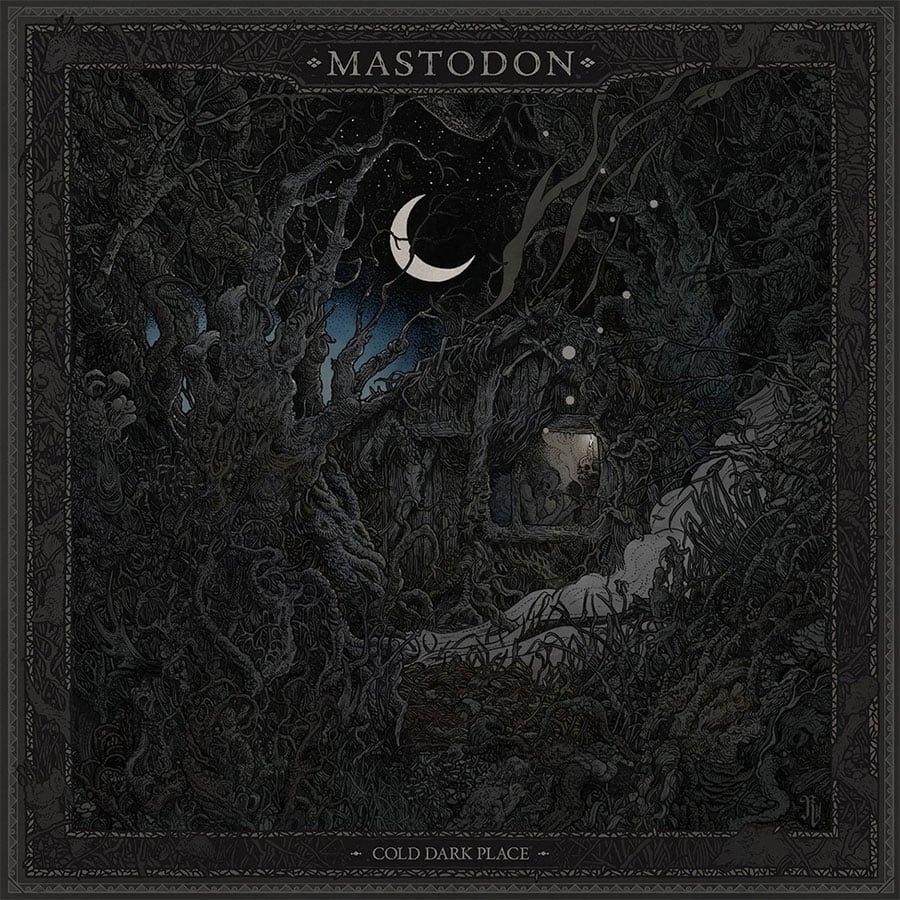 Mastodon release a somewhat unexpected EP titled Cold Dark Place following up their release Emperor of Sand from earlier this year. One would be curious why they didn’t hold off on this a little while longer considering their last full length came out in March. The EP is going to be a stretch for some fans as the music featured here leans heavily on the rock side as akin to their last 2 albums Once More ‘Round the Sun and Emperor of Sand, seeing as these are left over tracks from both those sessions.


The EP starts out with “North Side Star” with an acoustically strummed very laid-back vibe picking up to a nice pull off groove filled rock riff. Next up is “Blue Walsh” that starts out slow and laid-back like the first track but ends a little harder than expected. “Toe to Toes” sounds very uplifting from the intro to the end with the clapping and Troy’s vocals closing out with a great solo from Brent. The EP closes with the title track “Cold Dark Place” which is a great exploration into territory they lightly treaded on with Once More ‘Round the Sun on “Chimes At Midnight.” The track gets spacey which is a great way to tie back in with the older Mastodon style closing with a pretty epic.

Overall, this is a very laid back B-sides type record that sounded like a fun experiment to finish up with. I will say it’s a tad disappointing that this EP is just a minor bit and not the full on Mastodon experience. Some fans might have a hard time without hearing a Mastodon album without at least one of those Neurosis styles drop-A tuned songs, but if anything leaving off the metal influence for this release gave for a very interesting experience.

Bottom Line: Probably not the album you’re expecting, but if you’re a diehard fan I’m sure you’ll love playing this 10”, and I think you can overlook the lack of heaviness and appreciate the artsy nature of this release.
Notable Tracks: Cold Dark Place, Toe to Toes, Blue Walsh
Overall Rating: