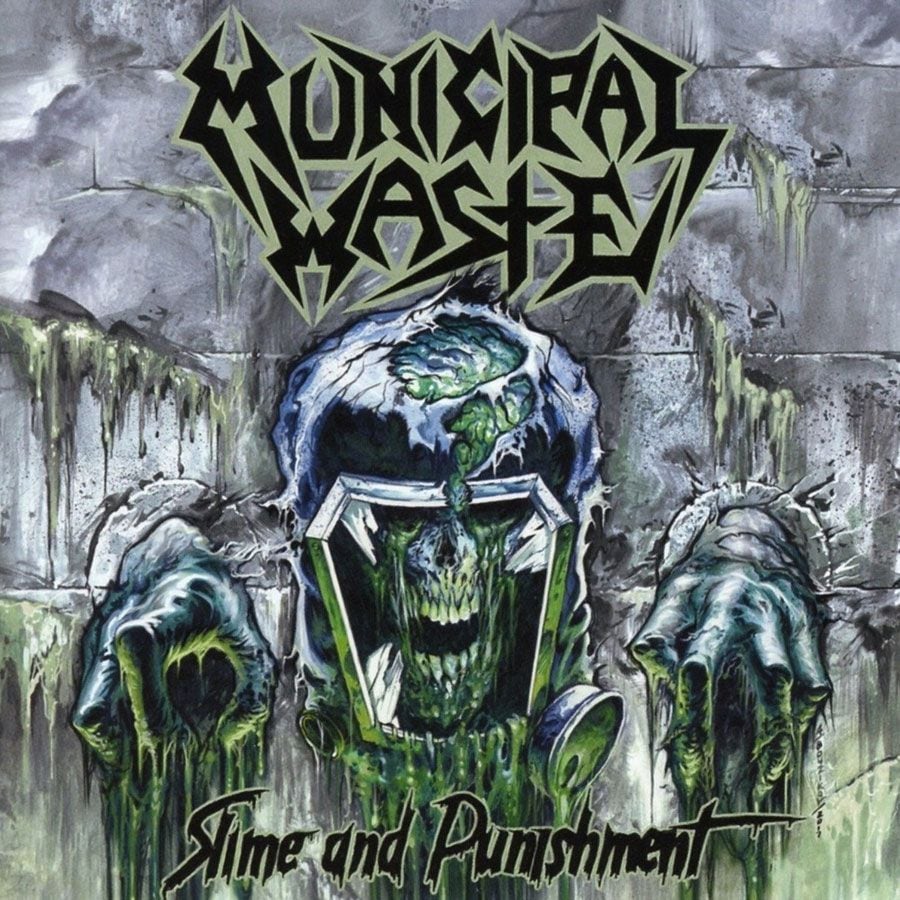 Richmond Virginia Thrash Metallers Municipal Waste return with their 6th full length album Slime and Punishment. For those unfamiliar, stylistically these guys are far removed from the current tune your 8 string guitars to Z trends. They opt for an early 80s almost Big Four era Thrash throwback style leaning more on crossover bands like Cromags, Suicidal Tendencies, Nuclear Assault, Exodus and so on. Combine that sound with a not so serious party vibe and you’ve got Municipal Waste.


The band had taken some time off to pursue other projects after their last album The Fatal Feast and scrapped a lot of material before making this album. While the sound itself hasn’t and probably never will evolve, they’re one of a few bands that works within their niche and can get away with it. The songs here are fun and fast and simple and to the point like the under a minute “Enjoy the Night.” With not a single song clocking in over 3 minutes, nothing ever overstays it’s welcome and thrashes in and out with songs like “Breathe Grease” and “Dingy Situations.” The band also maintains their sense of humor throughout in songs like Biohazard parodied song title “Bourbon Discipline” and my personal favorite “Parole Violators.”

“Parole Violators” features and funny skit guest spot in the middle of the song featuring hardcore legend Vinny Stigma of Agnostic Front that makes me laugh every time. The instrumental “Under the Waste Command” segues into a nice throwback to the ‘Tango and Thrash’ split this time honoring the Kurt Russel movie with the song “Death Proof.”