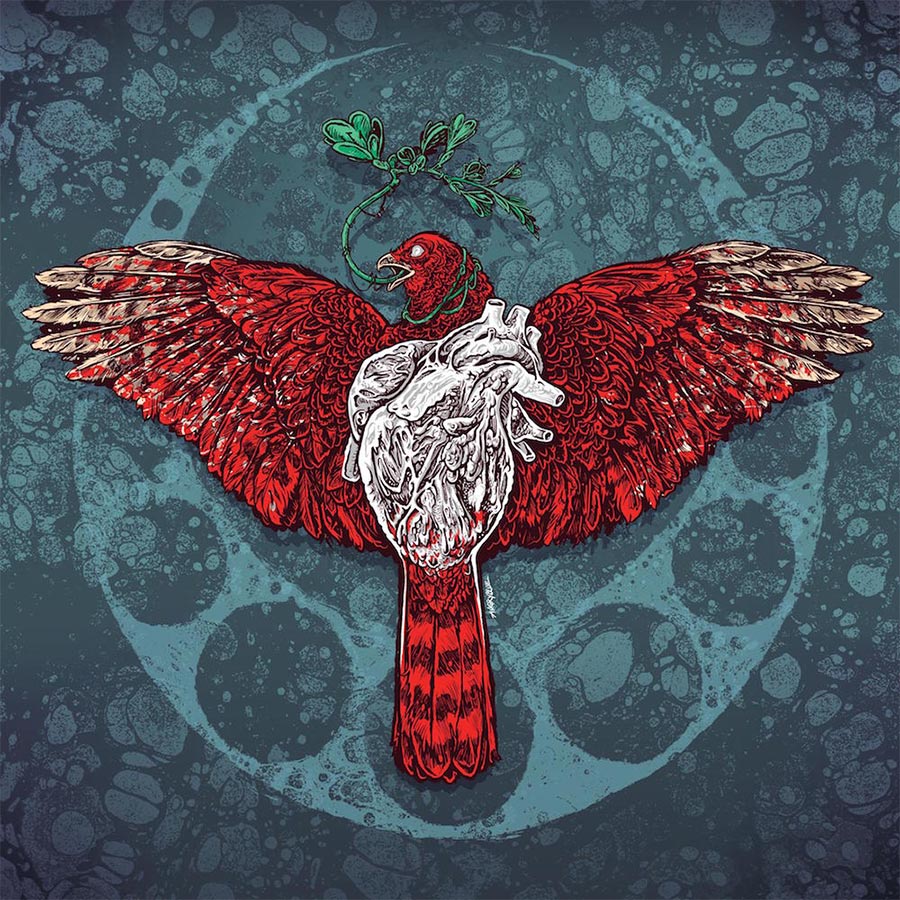 There’s something to be said about the current climate of the world and how sickening it is to wake up every day to see the world slowly imploding on itself. That is the sound of this new album by The Acacia Strain, an entire record full of vile disgust and nihilism. Starting out in 2001, the band released a slew of records including the Prosthetic debut The Dead Walk which put them on the national map. As members departed, the band trudged on with Guitarist “D.L.” composing some nasty guttural tuned riffs on Continent. Later, employing a detuned 8 string guitar on Wormwood before departing the band after only contributing as a studio member for Death Is The Only Mortal. It was clear something needed to change and a fresh start, with Devin Shidaker on guitar was the answer. After releasing Coma Witch with Richie Gomez, this time around Devin took the reigns of performing all guitar duties, and with that the band has truly found it’s sound.


Earlier releases had more of a hardcore cadence and style, just with detuned guitars. While the Meshuggah influence crept in during the D.L. era, it has given away to a more ambient almost doomy sound, as if you took the heaviest bands you know put their songs into the pit and beat them down in slow motion. Make no mistake about it, the doom isn’t just confined to the guitar riffs. Founding member Vincent Bennett provides you with a lethal dose of visceral hatred with clever sung passages like “Your sadness sweeter than a rose; I’ll watch you decompose” from “Bitter Pill” and “Sing me to sleep, scare me to death” from the opener “Worthless.” While the lyrical passages sound merely like clever rhyming I can assure you they certainly don’t paint a picture of positivity. This is probably one of the angriest themed albums you’ll hear this year.

While super breakdown heavy and seemingly sounding like the kind of record The Incredible Hulk would listen to, while he punched you into the earth. There are other moments like the fantastic “Abyssal Depths” in which the band experiments with as much melody and ambiance as you’d be surprised to hear from a band like this. While some of these themes may not seem entirely new, it’s quite refreshing to hear the band dig into their Type O Negative influence and almost embrace others like experimental mood driven bands like Neurosis. Aside from that the record features guest vocal spots from Rob Fusco of One King Down/Most Precious Blood on “Gravebloom” and Matt Honeycutt of Kublai Khan on “Big Sleep”.

Bottom Line: This is a great record to throw on and let those low chugging thuds get that anger out of you the world throws your way every day.
Notable tracks: Bitter Pill, Abyssal Depths, Worthless, Gravebloom
Overall Rating: