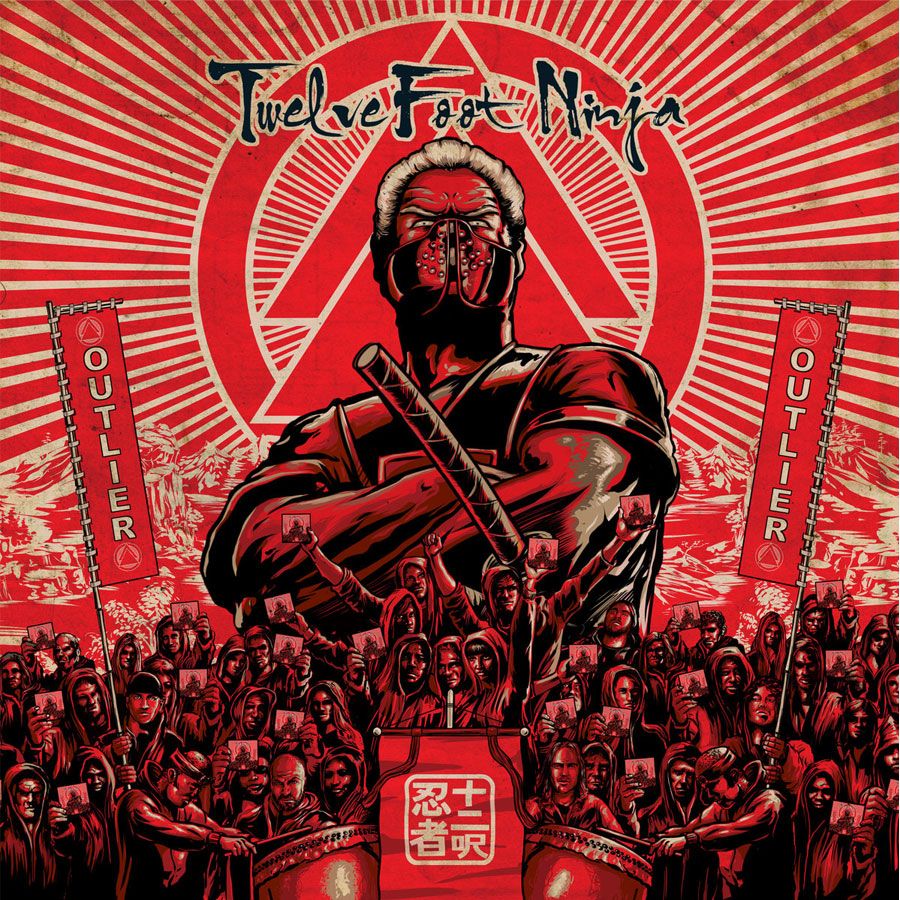 Australia’s Twelve Foot Ninja return with their second full length studio album. The band draws heavily from the sound that made the first album so great. The experimental nature sound wise of early Incubus and Sevendust with the modern style of today’s heavier Djent-y bands. Right off the bat, the band’s signature vocal’s are a highlight of the release. It seems taboo nowadays to make something with a great chorus, but these guys nail it using vocal melodies to carry a song and make it fit together perfectly. Guitars are sonically tuned to a lower D-tuning which provides for a super huge thick sound that isn’t overused and works great.

What’s interesting is how the band is able to switch it up mid song, shifting keys/tunings and styles. They can go from a ska type riff to a heavy riff to add in some finger styled acoustic pluckings all within 20 seconds of a song and it all melds perfectly. The production on this record is great considering it’s not just limited to guitars driving the song, there’s keyboard stylings and even horns in songs like “Point of you”. The added programming throughout the record adds strength rather than leans as a crutch as most modern albums seem to lean.

Stylistically you have to think something that goes from Pantera to Incubus is going to take some extra musicianship to pull off and this doesn’t lack in that department. While the songs follow a verse chorus format, it’s colorfully decorated with intricate drum patterns on top of guitar runs. Vocally Kin has a golden voice that’s very warming to the ears provided with backing harmonies from the rest of the band that you’ll be singing along to in a few short listens.

My only complaint with the album is that 10 songs, you’re left wanting more, But not in a bad way at all.

Bottom line: This is a fun, spirited release that is great to listen to. If you have a chance to hear this or see the band live, you won’t be disappointed.
Overall Rating: