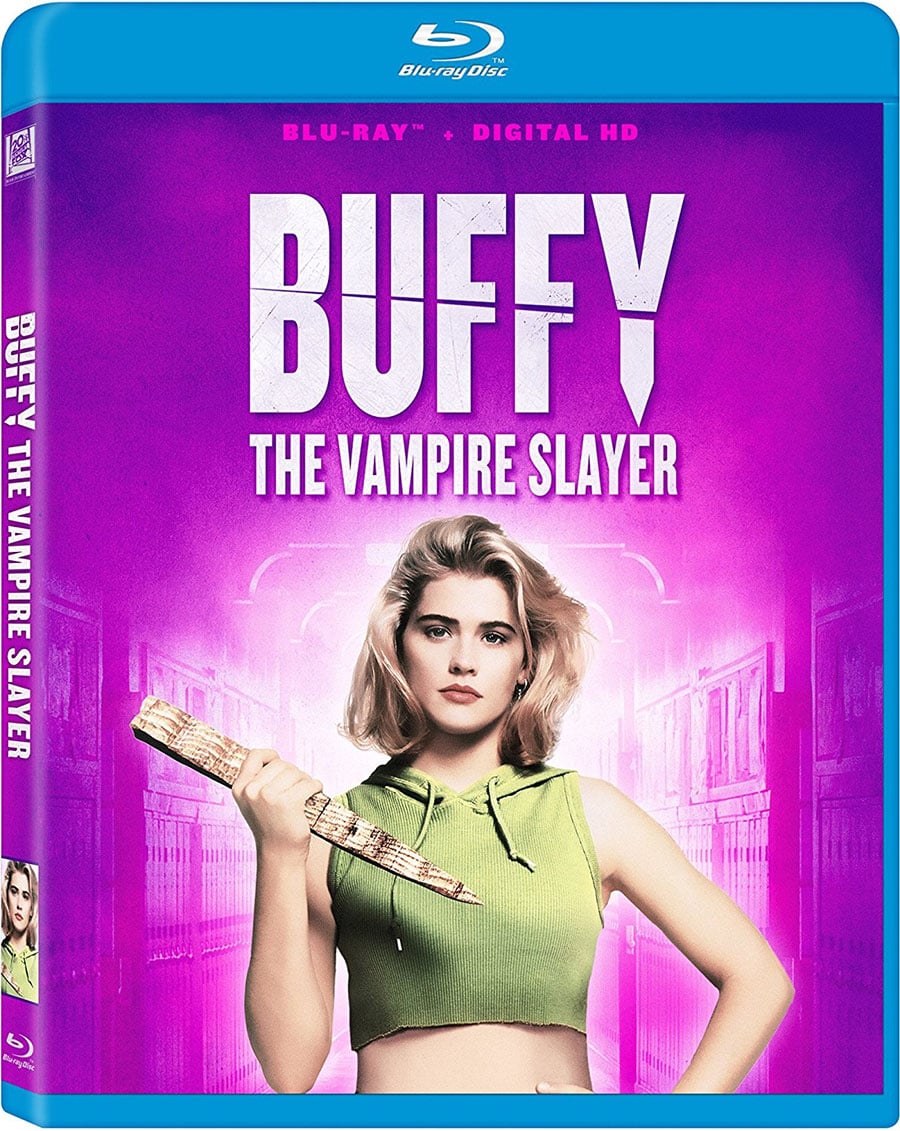 I forgot about Buffy The Vampire Slayer movie and the fact that Joss Whedon created this franchise. The movie is celebrating 25 years and it’s available on Blu-Ray and Digital HD for the first time. It’s a little bit cheesier than I remember but it wasn’t Shakespeare to begin with.


The movie is about a valley girl Buffy (Kristy Swanson) who’s a senior in high school and very popular. She’s confronted with who she really is from Merrick (Donald Sutherland), which is a vampire slayer and he’s a watcher. He trains slayers to take on the vampires and this has been a tradition for centuries. More and more people are turning up dead and vampires are to blame, mostly from their leader Lothos (Rutger Hauer) and his right-hand man Amilyn (Paul Reubens). Buffy must accept her role and take on Lothos and the vampires, with the help from Merrick and a mechanic Pike (Luke Perry).

I don’t remember the last time I saw Buffy the Vampire Slayer but it’s probably been at least a decade or two. I used to watch it all the time in the 90s when it was on cable. Just one of those movies to put on and not think much about. Plus, Kristy Swanson was a crush so I had to watch. It was a bit cheesy to watch again but it always had that camp feel to it. It doesn’t really take itself too seriously which is probably why Whedon made the series much darker than this. I was never a fan of the series and preferred this one over it for whatever reason. It’s funny to seeing a young Hilary Swank in this, and also…Ben Affleck! He’s not even credited in the movie, he was playing the basketball game and got grossed out when one of the players was a vampire.

I’m not a horror fan at all, and even this one scared me back in the 90s. Hey, I don’t like vampires a lot. The Lost Boys was scary for me at times too. Something about vampires that kind of terrifies me but I still watch some of those movies. I’m not saying this is horror but when you’re a teenager who was scarred for life with horror, seeing vampires can scare you. Seeing this now, I don’t know what I was thinking back then.

The Blu-Ray only features an old featurette from the DVD, which is still kind of funny to watch since it’s 25 years old. “Starring Luke Perry, in his first motion picture movie…” There’s trailers and TV spots and that’s it. For a 25th anniversary release, there could have been a retrospective with the cast and Joss Whedon but nope, nothing.

The movie is entertaining and started a successful franchise and spin-offs. Kind of crazy when you think about it. Even Donald Sutherland couldn’t bring himself to tell friends he was starring in this back in the day. Buffy is a typical 90s comedy/thriller(?) with lame jokes that were lame then, and then there was some good things to like about it. Paul Reubens, for one, is a highlight. Especially his long-lasting death, which was funny. Kristy Swanson was perfect for this role and I kind of wished she did the TV series instead of Sarah Michelle Gellar. That is, if the show didn’t go the darker route. Think I’ll go try to track down The Chase now, starring Kristy and Charlie Sheen. Don’t even think it’s on Blu-Ray or digital HD though.

Bottom Line: A bit dated but still entertaining if you liked the movie back in the 90s.
Running Time: 85 mins
Rating: PG-13
Extras Rating:
Overall Rating: