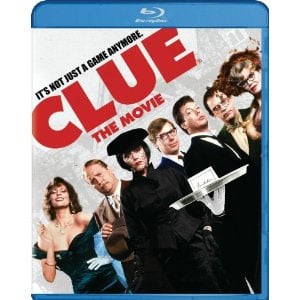 When people think of classic 80s comedies, they think Ferris Bueller, Better Off Dead, Spaceballs or Fast Times At Ridgemont High. For some reason Clue is never really included in that lot but it should! It has a funny storyline, amazing ensemble cast and it’s based on a freakin’ board game! Not to mention it has 3 different endings!


Clue is about a group of strangers that are invited to a mysterious dinner party in a secluded mansion. They are met by the butler Wadsworth (Tim Curry), who tells them the real reason they are are the mansion. They are told they are all being blackmailed for hiding their secrets. Things quickly get out of hand when people start turning up dead.

This movie was one I watched on cable ALL the time when it was on. Clue is the type of movie that when you are channel surfing, you put it on! It doesn’t matter if it’s in the middle of the movie. After all these years, I still laugh at the comedy. It’s also a comedy that’s very quotable and I still say quotes from this movie. I always end up singing “I Am..you’re sining telegram. *BAM*!” I don’t really have a particular favorite cast member but Tim Curry, Michael McKean, Lesley Ann Warren and Martin Mull’s characters always made me laugh. Plus I always thought it was funny that Fear’s singer Lee Ving was Mr Boddy.

Clue is just a light-hearted and very funny movie. The Blu-Ray’s quality had some grain in the movie but obviously better than DVD. The only special features is a trailer and the 3 endings. I kind of wished they had a retrospective featurette with some of the cast. But I still think Clue is worth buying if you enjoyed the movie and want better quality than DVD.