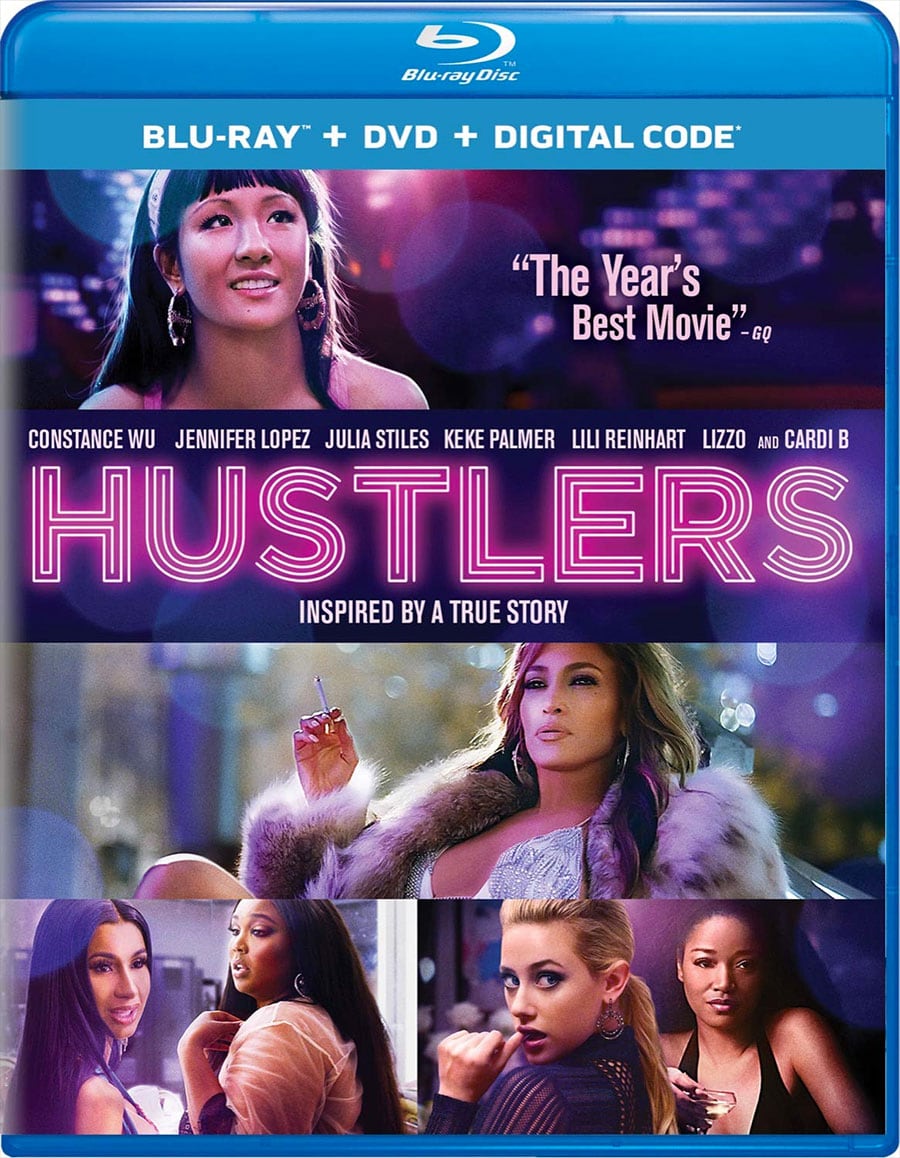 Hustlers is the latest drama starring Jennifer Lopez and Constance Wu. Since it was getting a lot of good reviews from the press, I figured what the hell and wanted to watch it. It’s an interesting movie, with some strong performances from Wu and Lopez.


The movie is about a bunch of former strippers who try to hustle rich men out of lots of money. Hustlers is focused mainly on Destiny (Constance Wu), an inexperienced dancer who is struggling to make ends meet, since her bosses take more than she can get. She strives to be like Ramona (Jennifer Lopez), the star of the club who makes loads of cash. They quickly become inseparable friends and rise to the top of the club, until the stock market crash of 2008. After that, things become tough since not many people are visiting the strip joints, so the girls have to find other ways of making cash. Ramona, along with Destiny and others come up with a plan to steal from the rich. If it’s not them it doing it, it would be someone else doing it.

I never heard of this movie until I started reading that it was getting good reviews. I might have read about this story in the news when it happened but I’m not certain. It seems familiar to me though. It’s based on the true story and the book “The Hustlers at Scores: The Ex-Strippers Who Stole From (Mostly) Rich Men and Gave to, Well, Themselves” by Jessica Pressler. I liked the movie and thought it was pretty interesting. It’s part empowerment kind of movie for women, part Goodfellas in a way. Nothing mafia per say, but the way it was shot and focused on doing some shady stuff to get ahead. I liked how it showed how the stock market crisis even affected people like strippers. They had a hard time getting retail jobs or keeping them. Desperate times, you know that old saying…

The way the movie was shot was cool and liked the style. Lorene Scafaria shot it with scenes from the past and then would cut to Destiny when she was being interviewed about all of this to a journalist (played by Julia Stiles). The main sell here is to see some strong performances from Constance Wu and Jennifer Lopez. I can’t remember the last time I watched a J-Lo movie but she put in the work and then some. Just the few dance scenes in the beginning, you can tell she has more muscles in one arm or leg than my entire body probably. For someone that just hit 50, she still got it. The movie isn’t about that though, it’s about these women conning over these rich men and the bond & friendship of these dancers. There was some hidden innuendos there that the relationship between Destiny and Ramona was something else but it was never explored.

The only extra this Blu-Ray came with were 2 measly trailers and audio commentary. I guess if you want to find out behind the scenes stuff, you’ll have to listen to the audio commentary. I’m not a fan of commentaries so I didn’t listen. The movie was supposed to come with a digital code but my copy didn’t have one included. I probably would have bitch about it anyway since STX/Universal only use iTunes, or whatever the hell Apple is calling it now. Still, was a bit disappointing there wasn’t a code included with the disc and there weren’t more extras.

Hustlers was a nice surprise and a very good movie. The performances from Constance Wu and Jennifer Lopez stand out obviously but the story is an interesting one. Give this one a shot.