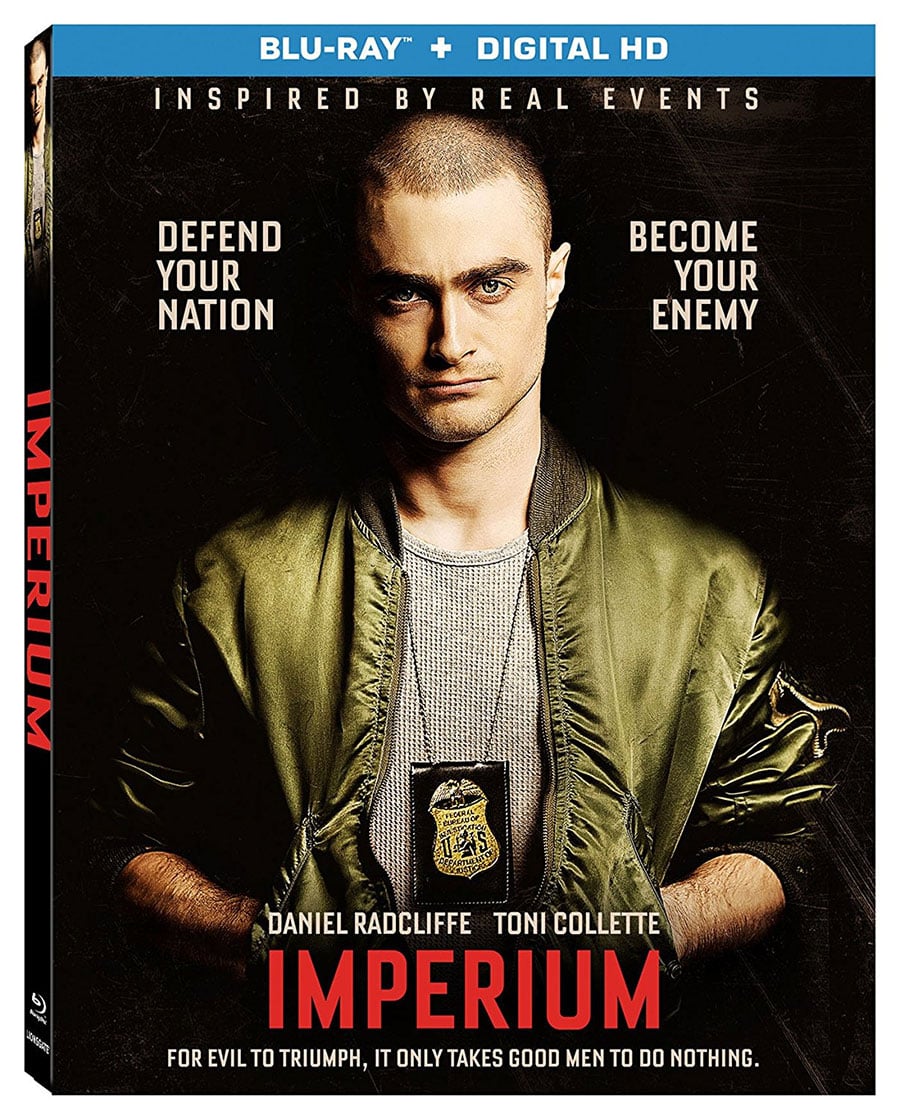 Daniel Radcliffe has been in a lot of movies lately and his latest role sees him going undercover with white supremacists. So it’s fun for the whole family!?

When extremists steal toxic materials to make dirty bomb, FBI agent Nate Foster (Daniel Radcliffe) is recruited by Agent Zamparo (Toni Collette) to go undercover with white supremacists groups. The groups might be interested in starting a race war by setting off dirty bombs or something similar to what Timothy McVeigh did. Nate is introduced to one group leader after another, in hopes of trying to find & stopping the people. He has to hurry before he’s discovered or someone setting off the bombs.

I didn’t know much about this film but it looked intriguing enough to give it a shot. I ended up liking the movie, despite having to sit through actors spouting racist shit for 90 minutes. The movie has its flaws but what movie doesn’t. The script was a little weak in that it seemed like every other word was “fuck” or “fucking.” This is someone who curses quite a lot too. It just seemed annoying after awhile or maybe it was weird watching Daniel Radcliffe say it? For the most part, I thought he did a good job with the role. Even though it might not be believable he was undercover as some tough Army veteran. Isn’t he like 5 foot tall? Those supremacists are some gullible people.

While others might be surprised who was the ringleader of the group, I wasn’t. As soon as I saw actor on the screen, I picked him as the guy. So I guess the movie might be considered predictable by some people. It also might be hard to watch this if you can’t stomach Nazi skinheads, Klansmen, and other awful pieces of shit. I don’t think this movie is that bad in terms of violence that you’ve seen in movies like American History X or even Higher Learning. Still, there’s a lot of hate and some racial violence but the overall focus of the movie is trying to find the people getting toxic materials for a bomb. The movie does raise some concerns on how easy it is for get harmful materials. It also shows that domestic terrorism is just as big an issue as international terrorism.

The Blu-Ray bonus material includes commentary with writer/director Daniel Ragussis and writer & former FBI agent Michael German, a featurette on living undercover, a making of featurette, some interviews and that’s about it. Nothing really stands out besides the making of featurette. Everything else is just your standard extra that isn’t very long.

Imperium is certainly not for everybody but it’s an interesting movie to say the least. Of course, I found some problems with some of it but overall, I liked it and thought it was a compelling drama.