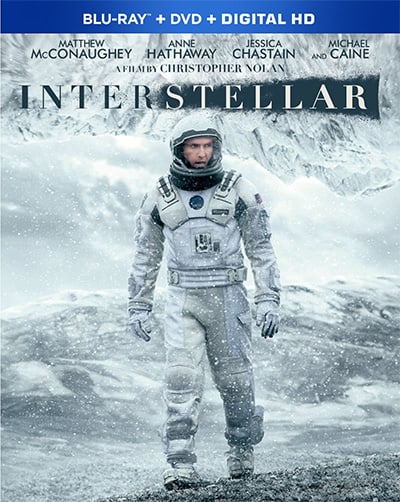 I was really excited to see Interstellar when it first came out. I liked the movie but definitely had a lot of issues, especially the stupid ending.

Interstellar takes place in the not so distant future and centers around former NASA pilot Cooper (Matthew McConaughey), who runs a farm with his Dad, daughter Murph and son Tom. Earth continues its decline with lots of dust and other things that is making it become uninhabitable. Cooper ends up stumbling upon a secret NASA location with Murph and they find out Professor Brand (Michael Caine) is running things. He eventually agrees to pilot a shuttle with 3 other astronauts, including Brand’s daughter Amelia (Anne Hathaway) in hopes of going through a wormhole. If they manage to get through the wormhole, they will try to find a planet worth living on and everyone will eventually follow them from Earth. Meanwhile, Murph hates her Dad but tries to solve Earth’s problems with Professor Brand.

When I originally saw Interstellar in theaters, I thought the movie was good up until the end. The last half hour was just stupid and silly. The whole book shelf thing was confusing, and just plain silly. The movie was so damn long and by the time we get to the end, Coop sees his daughter for 2 seconds and then it’s off to space again. What a reunion! In the movie theater, something was up with the sound mix and the score for Hans Zimmer was so loud. The one scene it was the worst was when Coop says goodbye to Murphy and is crying in the truck. I was covering my ears it was so damn ear piercing loud. When re-watching the movie on Blu-Ray, it wasn’t as bad. I still can’t see how this movie was up for Oscars for those categories. I loved the score, it was just mixed badly in the movie.

The beginning of the movie was a little slow and confusing at times. I had no idea why they were following some drone and what was happening for a good portion of the movie. I think once we got to Michael Caine, then things started to make more sense. I liked the space travel stuff, the TARS thing, and even the stuff that was going on back home was interesting to me. What ruined the movie was just the end of it. The acting was fine, the special effects were excellent and the score was amazing.
The special features were just as long as the movie and are on another disc. I liked the featurette on the science of Interstellar. Matthew McConaughey narrates the feature and I just thought it was interesting. That was almost an hour and the rest of the extras were just lots of mini-featurettes that probably add up to an hour or two. You get to watch things on shooting in Iceland, space suits, gravity, making TARS, and lots of other things with the movie.

The movie is a little disappointing to me but I still enjoyed it for the most part. Again, it’s that ending that I didn’t like and this is basically an updated version of Contact in a way. Some people will love this movie, others will hate it. 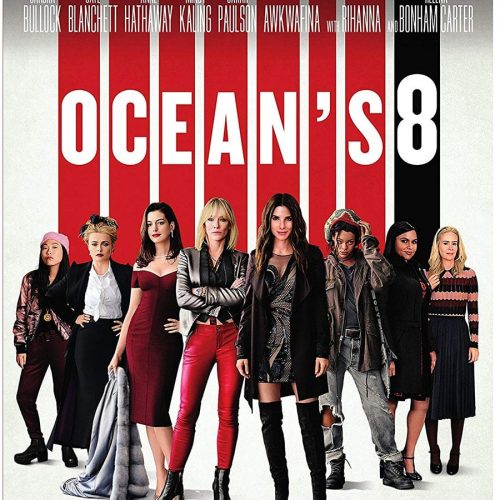