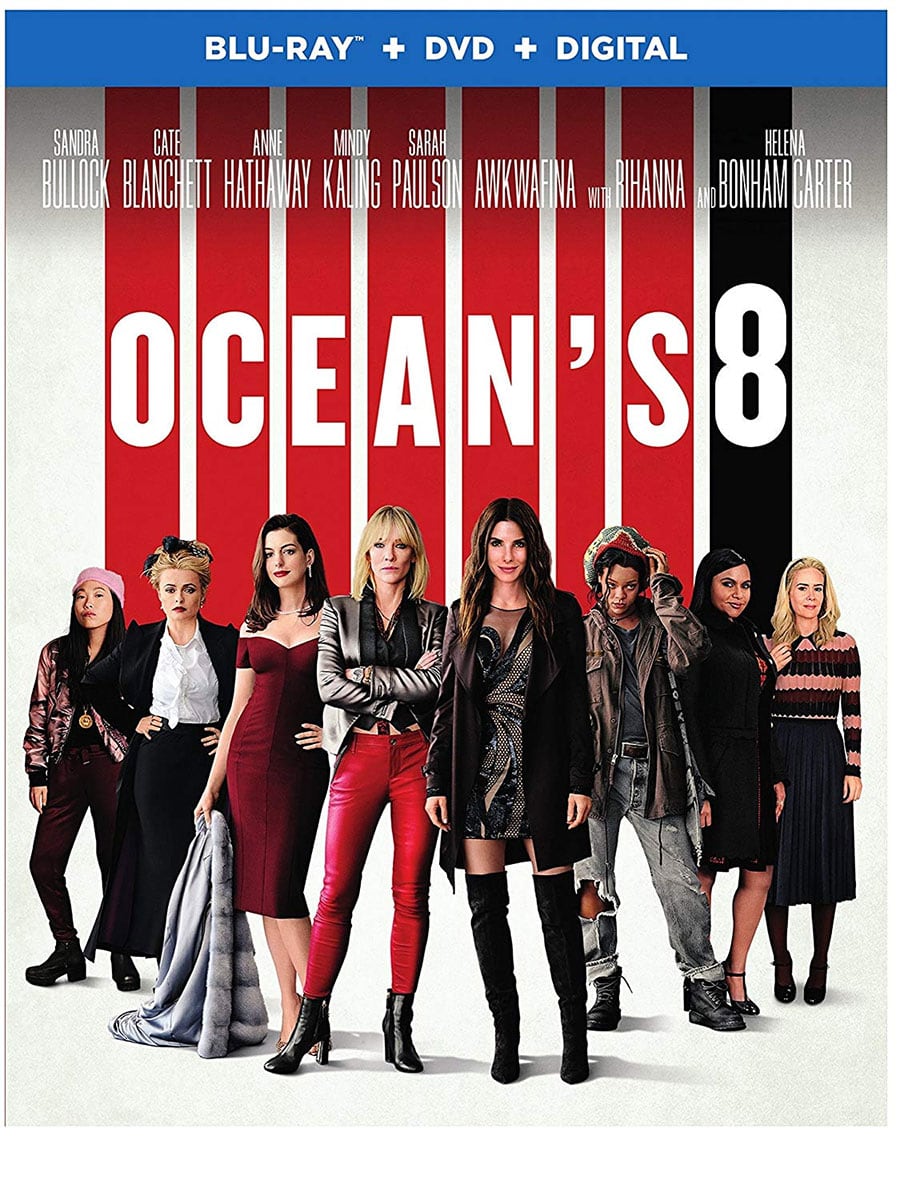 Ocean’s 8 is the latest attempt by movie studios to reboot/re-imagine a successful film franchise and have women be the main stars. I was excited for this since I loved the Ocean’s movies and the cast was excellent. The trailer certainly looked promising. Unfortunately, this is pretty much a cookie cutter heist movie with no depth and just going through the motions.

Just like Ocean’s 11, this one starts out with Debbie Ocean (Sandra Bullock), Danny’s younger sister, in prison and getting released. She had years to come up with a great heist and now that she’s out, she meets up with her partner in crime Lou (Cate Blanchett) to go over her plan. After some convincing, they assemble their team of 6 other people and plan on doing a heist job during the Met Gala in NYC. Their main target is an art broker, Claude Becker (Richard Armitage),, who framed Debbie for a crime he instigated and that’s how she ended up in prison. So Ocean’s 8 is about getting rich, but also revenge.

I had high hopes for this because the cast was excellent, but the story and the characters just wasn’t up to par with even Ocean’s 12, the worst of the Ocean’s trilogy. When I was watching the movie, I felt like I had to rewind because they were just introducing these characters so fast. The first movie did the same way but you got to know a little bit about them better. They did it in a way that you got the jist of what they are about. She gets out of prison, starts assembling a crew, pull off the heist, and then it ends. It just didn’t seem that special to me in the end.

I think the story was the weakest link, and not knowing about the characters besides a few of them. The characters were so bland especially Sandra Bullock’s Debbie and Cate Blanchett’s Lou. Out of the interesting characters, I’d say I liked what Anne Hathaway, Helena Bonham Carter, Mindy Kaling and Sarah Paulson brought to the movie. Still, even those characters could have used more depth and scenes.

What the Ocean movies did so well was mix funny things and the drama. To me, I didn’t laugh that much and honestly, can’t really remember much about the movie. Plus, the other movies offered up a lot of complex situations and this one didn’t really have that. There were one or two plot twists in there but nothing that crazy. Another thing I want to discuss about the movie is sort of spoiler-ish but I’ll just allude to it. I’m not happy with what they did with Danny Ocean. I was still expecting him to show up at the end of the movie for some surprise cameo and just didn’t happen. I get why they didn’t have him in the movie but thought it would have been a better tie-in with the other movies. Elliot Gould and Shaobo Qin make brief appearances though.

The Blu-Ray special features include deleted scenes, featurettes on the re-doing the Met Gala, featurette on gathering up the actresses to be on the team and more. The 2 deleted scenes offered weren’t memorable. I don’t even remember what they were about. I was hoping for a Matt Damon and Carl Reiner cameo scenes but not sure those were even filmed. The other featurettes were okay and just the cast talking about their characters and overall movie.

Ocean’s 8 had a lot of potentially based on the franchise, the cast and potential storylines but instead this falls very flat. It’s just some run of a mill heist movie that goes through the motions. There’s nothing spectacular or fun about this. At least all 3 Ocean movies the cast had fun and were highly entertaining to watch too. Not sure who’s to blame, maybe Gary Ross since he wrote and directed this? Perhaps if Steven Soderbergh directed and wrote Ocean’s 8, this would have been better?