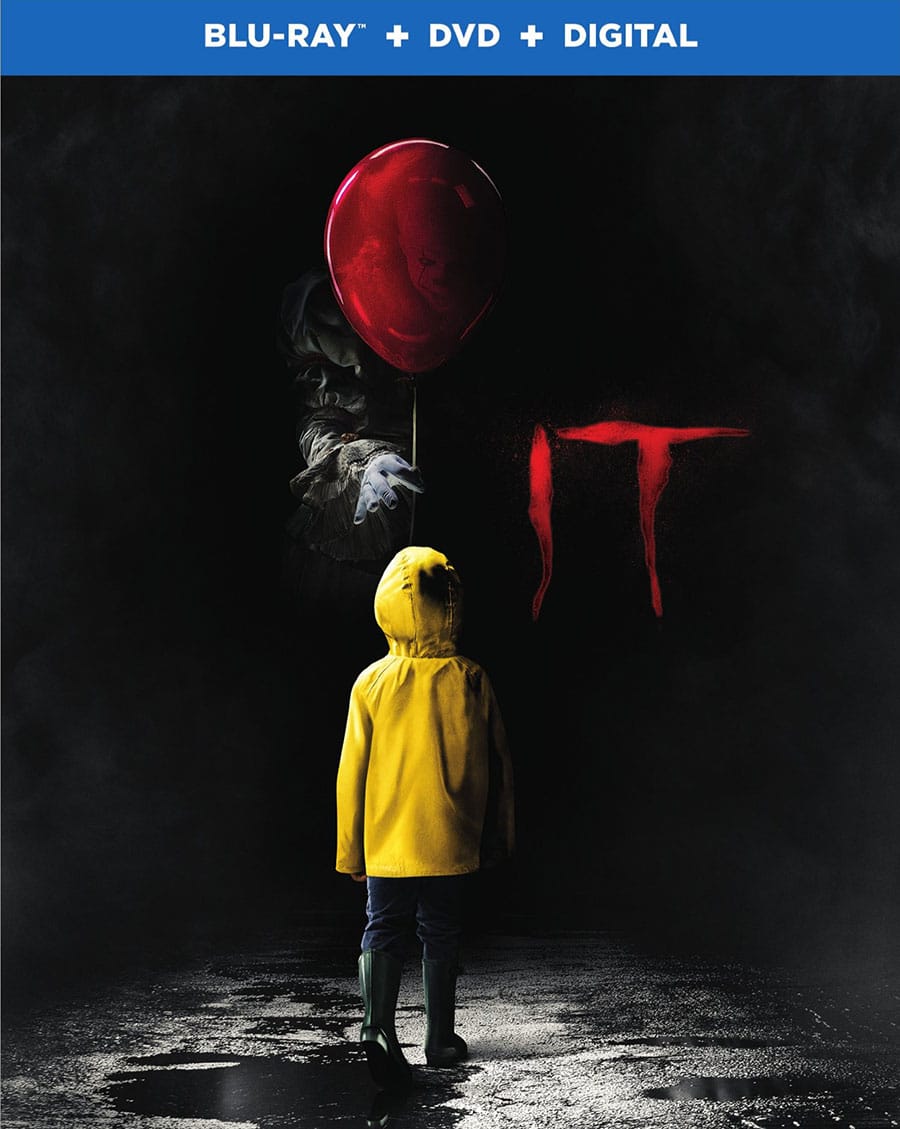 I’m not a fan of horror movies but I was intrigued about It for some reason. After it got a lot of praise from critics, I wanted to check it out and give it a shot. I’m happy that I did because it’s great movie that reminds me of The Goonies and Stranger Things…just a little scarier.

It is the reboot of Stephen King’s classic ‘86 novel about the creepy, supernatural entity that calls itself Pennywise The Dancing Clown. The creature begins popping up in the small town of Derry and starts tormenting children. It takes the form of children’s most haunting fears. A group of kids slowly figure out that they are all being haunted by the same thing and have to come together to defeat Pennywise. Meanwhile, a psychotic bully and some adults are out to make things even worse for The Losers Club.

For whatever reason, I was dying to see this because of the great reviews. I’m still tormented from seeing Nightmare on Elm Street when I was 2nd grade, so the horror genre isn’t exactly something I watch regularly besides the Walking Dead. Even before even seeing the movie, I was having nightmares of Pennywise so you can see where i’m at when it comes to these movies. After seeing It, I have to say i’m happy I saw the movie because it’s excellent! Even though it’s technically a horror, I definitely borders on thriller as well.

The scares are certainly there with a lot of creepy shit like some of Pennywise’s stuff but the one that freaked me out the most was that disfigured painting that was haunting Stan. The typical horror movie cliche and jumps aren’t thrown in your face, which I liked. There was many two moments when I jumped but wasn’t too bad. There’s not a lot of gore in it and I was thrilled about that. It might make the horror fans disappointed but I was happy about that. The opening scene is a classic but I knew what was going to happen so I didn’t get as scared. I just felt so bad for Georgie though. Stephen King is a twisted man haha.

In order to make It work, the acting had to be good and it was. Jaeden Lieberher as Bill was sweet and you rooted for him, Finn Wolfhard as Richie was my favorite character since he had the funniest lines, Sophia Lillis as Beverly was a standout for her acting but also for the fact that she looks like a younger Amy Adams. I believe she might have played a younger version of Amy Adams in a movie recently. Definitely top priority to get her on board for the sequel. Jeremy Ray Taylor who played Ben was good too, as well as Jack Dylan Grazer who played hypochondriac Eddie. The only two characters I thought needed more scenes were Stan and Mike. Of course Bill Skarsgård as Pennywise was terrifying. He definitely went leaps and bounds to scare the crap out of everybody. Glad they changed up the look of the clown and not have it look like Tim Curry’s version. The updated version is a lot more frightening.

As much as I liked the movie, I still (almost) wish it was just about the kids vs the bully and the adults. Then again, it would just be Stand By Me or something then. What I’m saying is, if you take out the Pennywise scenes, you still have a good movie because it felt like The Goonies and Stranger Things. The Losers Club going on adventure with trying to find Bill’s missing brother and having to figure out what’s causing all these kids going missing. You can totally turn this into a non-horror movie by just taking out Pennywise and have the killings be some strange guy or family doing it (like True Detective). The parents and adults in the movie are creepy and weird too! The parents are either neglecting assholes, sexually abusive or just over-protective. Plus, having them dealing with psycho Henry Bowers is more realistic than a shape shifting creature from another dimension. Again, not saying that’s what they should have done but if someone wanted to make that type of movie: have it set in the 80s, a group of outcast kids against bully/creepy adults, it could still work.

What I like most about It is the nostalgic feel of it. I liked they set the movie in the late 80s and not in the 50s like the novel. Some of the stuff the kids did in the movie reminded me of my childhood. Playing in the woods and things like that, except for the whole killer clown and a psychotic bully trying to carve his name into my belly. I did hang up maps and things on my wall like Ben did, but I did it for all the UFO sightings in the US. I liked the aspect that the whole town is haunted and has been for decades. I wish they explained what exactly Pennywise was though besides this entity that changed appearances based on the kids’ fears. Perhaps they will dive more into that in the sequel.

The bonus features a featurette on Pennywise and the kids seeing him for the first time on set, interviews with the kids of the Losers club, Stephen King talks about the book and the movie, and deleted scenes. There’s 11 deleted or extended scenes and some of them were good and wish they included them in the final cut. The movie was two hours and 15 minutes so something had to be cut. The opening scene was changed to be a funny gag scene where Georgie escapes and Pennywise realizes he made a mistake. It’s quite funny. One scene I laughed at was when Richie starts clapping at Stanley’s Bar Mitzvah after he storms off. The more disturbing deleted scene, which probably should have been added was Henry killing his two buddies in the car, while he waited for The Losers Club at the house. That definitely should have been included because it shows how much he has gone off the deep end, thanks to Pennywise’s influence. It was nice to hear Stephen King talk about the story, how he came up with the ideas and all that. Definitely worth watching if you haven’t heard him talk about this before.

It is probably one of the best adaptations of a Stephen King novel/novella since The Shawshank Redemption. It’s not the type of horror movie where you watch it once and that’s it. You can watch this over and over and not get sick of it. In fact, I felt like re-watching it already. All aspects of the movie were excellent: the acting, direction, writing, there was some funny stuff in it, the movie was scary and the score by Benjamin Wallfisch was perfect. Couldn’t have asked for a better reboot than this one. Let’s hope the sequel is just as good.