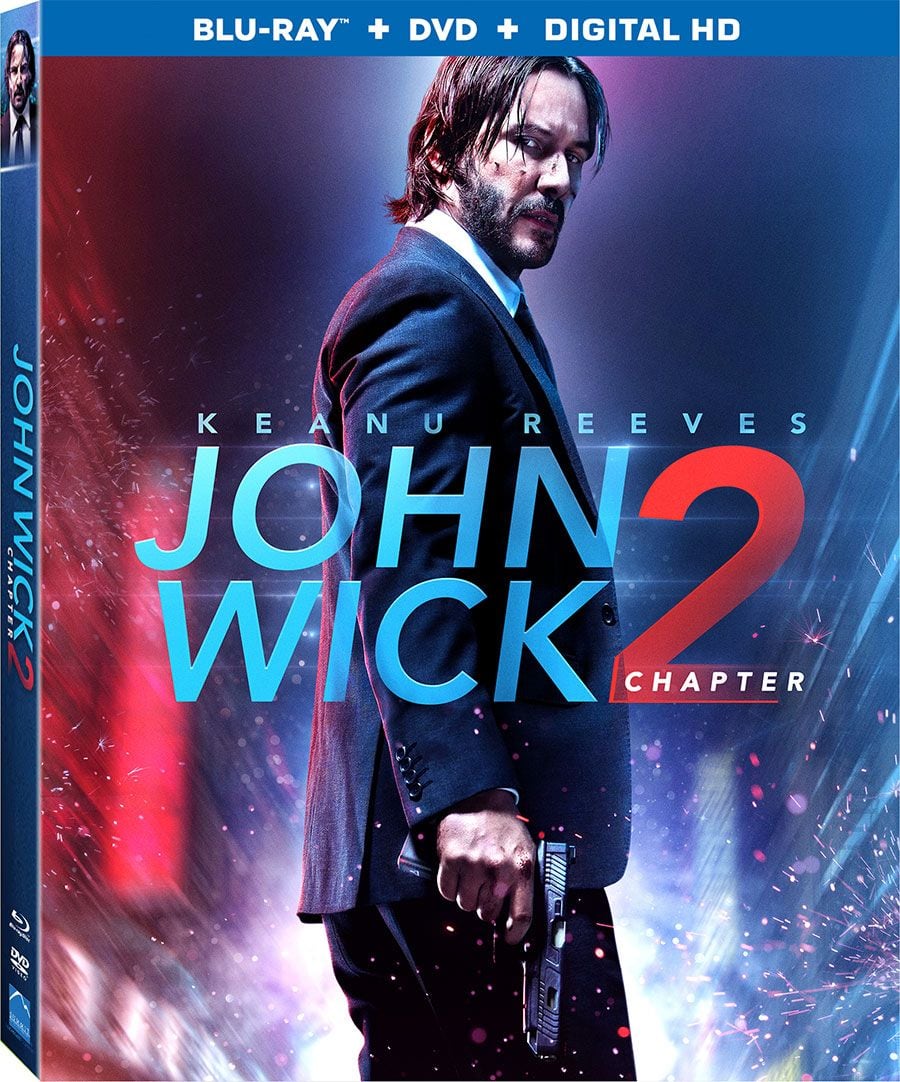 Keanu Reeves is back as John Wick and I could watch this character blowing off people’s heads all night long. Chapter 2 is a great follow-up to the first movie but not sure it’s as good.

Chapter 2 takes place right after the first movie. John Wick (Keanu Reeves) just wants to retire from the assassin game and hang out with his dog and mourn his wife. He’s forced back into things when a former associate D’Antonio (Riccardo Scamarcio) gives him a marker (a blood oath) to assassinate someone in Rome. He squares off with fellow assassins including Cassian (Common), one of the bodyguards of his target who vows revenge. When John gets back to NY, he finds that he’s been added to the hit list and every assassin comes out of the woodwork to claim that reward.

I’m loving the world of John Wick so far. It’s been a different look into assassins’ underworld and the filmmakers have created something interesting and frankly, bad-ass. The action sequences are amazing and just a blast to watch. They are so well done, choreographed and for the most part, realistic in the way he handles the guns. Well besides these magical jackets that he wears that seems to block bullets. This is the perfect role for Keanu to play. Chapter 2 is almost as good as the first, although I think the first movie is still bloodier & better. I liked the idea of a revenge story for the first movie; thankfully no animals were harmed in this one.

Chapter 2 explores more of the underworld, rules for being at a Continental hotel, and it just shows you have many assassins are out there in the world…well hopefully just in the world of John Wick. By the end of the movie, you get a sense things are going to be really bad for John in the next movie. Honestly, not sure how he will be able to get out of it but I’m looking forward to another movie already.

The action was insane as usual, and these movies have really upped the ante with action sequences. I liked we got more of Ian McShane and Lance Reddick, although I’m wondering if Ian McShane will be considered the villain for the third movie? I loved how the movie was shot in Rome and NYC. I found it funny John Wick was outside Lincoln Center and then 2 seconds later he was downtown at the new World Trade Center. To continuing the laughing, John and Cassian fight on the PATH train and the loud speaker says it’s the C train. No it’s not, they are going to NJ haha! Stupid nitpicking aside, this movie is just a lot of fun and can’t wait for more.

The Blu-Ray has a bunch of extras on it like deleted scenes, lots of mini-featurettes on the stunts, a featurette on the unexpected success of the first movie, Keanu/Chad Partnership, audio commentary and lots more. I liked watching all the training Keanu and other actors had to do. You’re in this type of movie, you’d better be do a lot of the stunts and action scenes for it and Keanu did. There is an amusing kill count for the movie that’s worth recapping afterwards too. Plenty of stuff to watch that’s pretty interesting!

John Wick: Chapter 2 is a fun, entertaining bloody good time and can’t wait to see where they take this series next. There’s supposed to be a 3rd movie and a prequel TV series that Reeves will cameo in apparently. Bring it on!