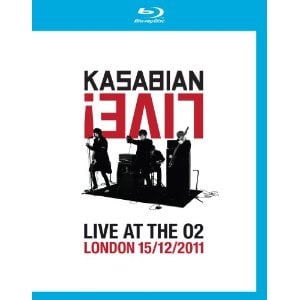 I’m not too familiar with Kasabian but that doesn’t mean I didn’t enjoy this Blu-Ray. Their music is similar to The Kaiser Chiefs a little bit. This Blu-Ray is worth owning if you enjoy big rock concerts or the band’s music.

This concert was held at the O2 in London on December 15th 2011 and this is the band’s first Blu-Ray concert release. Kasabian played their hits and newer material from Velociraptor! as well. I recognized a few of their hits but for the most part , didn’t know much from their set. The thing that I couldn’t get over was the guitarist/singer’s crazy (or stupid) hair and jacket. His jacket looked like Torquil ‘s costume in the 80s movie Krull. Yeah that’s not a compliment.

But besides crazy hair & outfits, this Blu-Ray captures Kasabian’s live concert quite well. The quality of the Blu-Ray was top notch and didn’t show too much grain. If the band were the stars of this Blu-Ray, then the O2 was the co-star because it’s just a massive venue and this Blu-Ray shows you how big rock concerts excel there. Not sure I’d like it because it would probably be hard to see the band & stage though. I prefer smaller venues. But for watching concerts at home it’s okay.

The Blu-Ray also has a cool documentary and shows a lot of the behind the scenes of the band on tour. I always enjoy watching those type of things. Be sure to watch that if you get this. 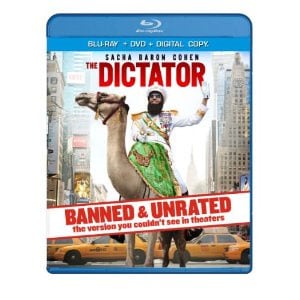