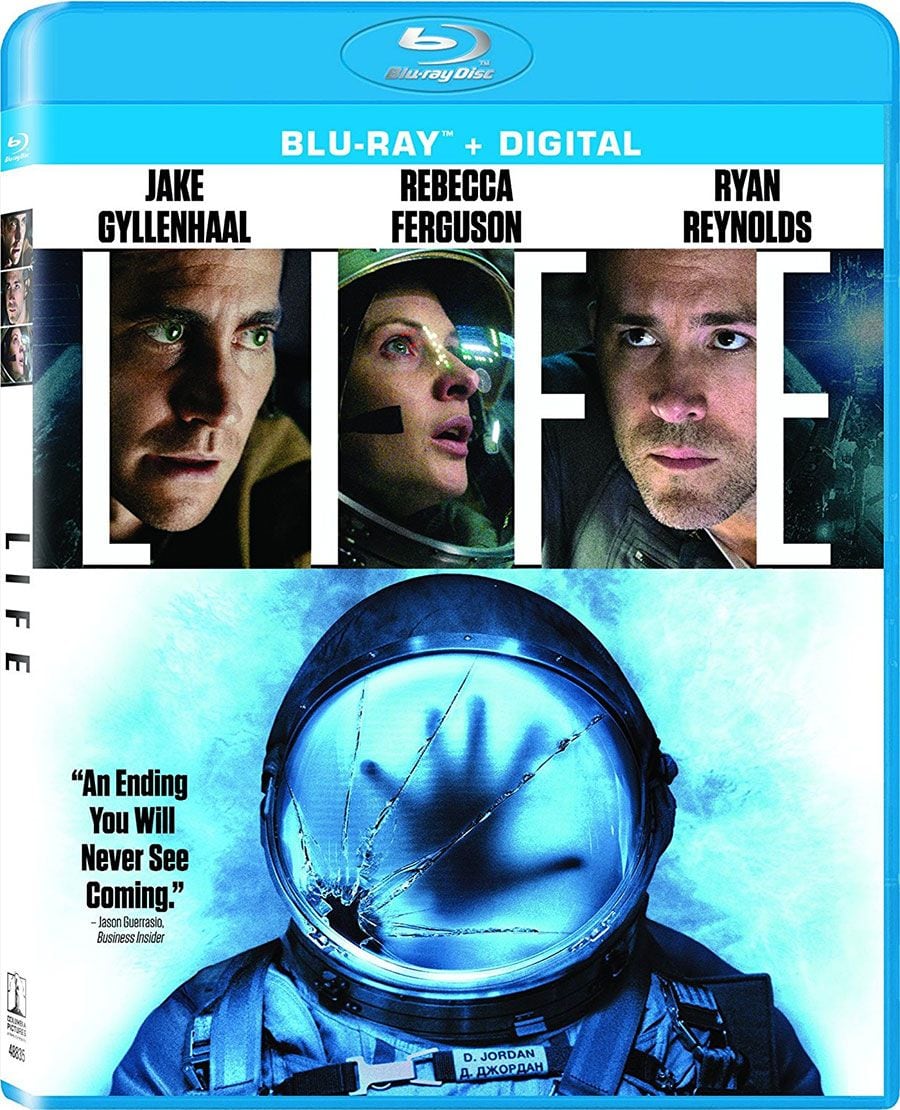 The latest trapped in space thriller is Life, which is essentially Alien without being in the Alien franchise. While there’s a lot of comparisons to other space/alien movies, it’s still worth checking out on a rainy day.

The movie is about a group of scientists aboard the International Space Station. They capture a probe returning from Mars and uncover a dormant cell in a soil sample. The cell quickly grows into a multi-cell organism after being revived and begins to attack the group. That’s all you really need to know about Life’s plot.

I wasn’t expecting much from Life since it just seemed like an Alien type movie. It’s essentially that but it’s a bit more grounded in reality and updated in a way that the alien isn’t some crazy looking monster. The acting was decent with Jake Gyllenhaal, Rebecca Ferguson, Ariyon Bakare, Ryan Reynolds as the comic relief for a few minutes. The direction was good and the way he shot it made you feel like you’re were trapped in space as well. The movie certainly handles the claustrophobia aspect of space very well. As far as the story goes, it’s nothing new but it’s one that could happen, even today. Watching all these type of space movies, I don’t get the sense kids will want to say “I want to be an astronaut” anymore.

What I did like about the movie was the very end. While I saw it coming, I was surprised they went with it because it seemed like it was going to be the typical Hollywood movie ending. Going into the movie, I was trying to guess which character made it out alive out of all of them. While I thought it was going to be one character, and it seemed like it was going that route, I was surprised they went in another direction. I liked the movie even more when they pulled it and it made me laugh with glee afterwards. I actually wouldn’t mind a sequel to see how things were dealt with after that.

The extras include some deleted scenes, some featurettes on making the movie and a quick astronaut diaries they filmed for the movie. You get to see some behind the scenes footage of the actors working with zero gravity (a.k.a. wires). The deleted scenes were forgettable and I could see why they were cut. Although, they weren’t long just not that great The astronaut diaries thing was a little awkward to watch so I just watched Ryan Reynolds one.

Life doesn’t really offer up anything new in the space thriller genre that we haven’t already seen in Alien or Gravity. It’s still an entertaining and thrilling movie with decent acting and an interesting end scene.