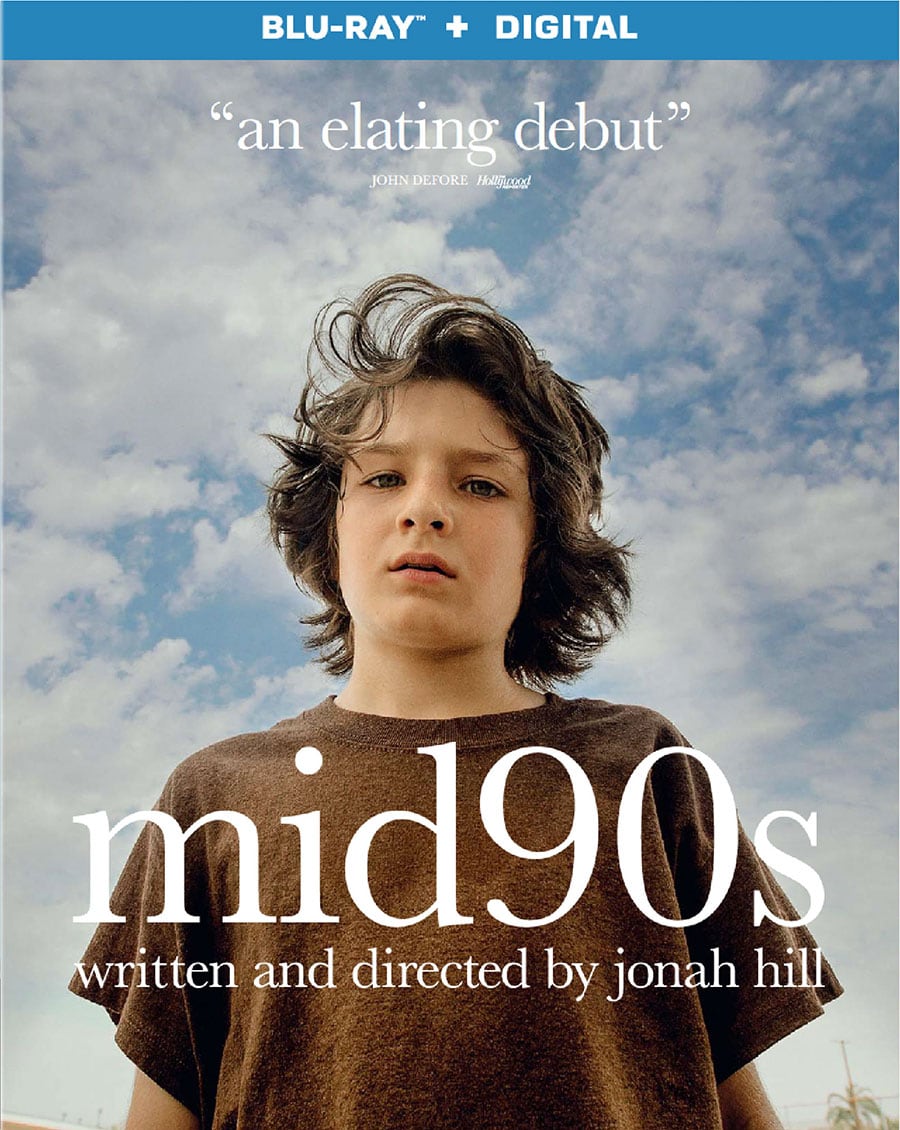 Jonah Hill’s directorial debut is a coming of age indie flick that doesn’t seem that new to me but I still ended up liking the movie. In a nutshell, mid90s is like Thirteen or Kids but with skaters.

The movie obviously takes places in the mid-90s and centers around Stevie (Sunny Suljic), who lives with his single mother Dabney (Katherine Waterston) and his asshole older brother (Lucas Hedges) in Los Angeles. While bike riding outside a skate shop, he goes inside and becomes friends with a group of skateboarders a little older than him. He quickly blends into the group and does things that would make parents freak the hell out. While the group makes fun of each other and goof around, they are loyal to each other and bond over skating, drinking and other things teens enjoy partaking in.

This movie was classified as a comedy/drama but I didn’t see much in terms of comedy. The only thing I was laughing at was the cameo from Jerrod Carmichael as a security guard yelling at the kids. Jonah Hill captured the 90s very well with the look of the movie, the way kids talk back then, as well as the soundtrack. I was even reminiscing about Stevie hanging up a collage in his room. I did that pretty much until after college. The movie is presented in full screen and has that retro, VHS look to it…done on purpose. The colors of the film are even degraded a little to take out some color to give it that indie, retro look. The soundtrack was killer with a lot of variety of music, mainly some hip hop but there’s also The Cure, Morrissey, Bad Brains, The Misfits, Cypress Hill, Wu-Tang and others. There’s even a Mamas and the Papas song (not a 90s song haha) in there that works well with the scene. Unlike other movies, say Suicide Squad, the music doesn’t feel out of place or hits you over the head with it. It just fits and it works.

What Jonah also gets right is just how the kids interacted with each other. Ribbing on each, but still friends for the most part. Most of the cast are actually skaters so that certainly makes it feel authentic. The lead, Sunny, was only 11 or 12 when filming this but was playing a 13 year old. Over time, I felt for him with his abusing older brother, and the poor choices he was doing. As a parent, I just kept saying to myself: “man, I hope my son doesn’t do this crap when he gets older.” Like growing up in general, you have to go through some shit to come out the other end a different person. Not sure if anybody learned anything after the bad judgment call of the group and the character “Fuckshit.” Yes, there’s a character named that. After something happens in the movie, the group reunite in a way but then the film just sort of ends.

Mid90s was only 85 minutes, but I felt Hill could have easily added 5-10 minutes of more stuff in there. I would have liked to have known why Lucas Hedges’ character was such an asshole to his little brother. Sure, big brothers can be assholes to their little brothers but something felt…off about him. In a way, I was ready for him to come out of the closet or something because kept calling his brother the F word, when Stevie calls him that he wails on him. It felt like something was there but was never explored with what his deal was. The rocky friendship between Reuben and Stevie isn’t explored more either. You see Reuben also leaving his supposed home and going the other way when the car goes away. Was that because his mom was a drug addict or did he simply not even live there? Plus, he just seemed like he turned on Stevie really quickly, maybe it was because he getting along with the group a lot quicker than he’d hope? Plus, Stevie tries to kill himself by strangling himself and then the next scene, his mom is yelling at his friends. Like, did he just stop what he was doing or did someone catch him doing that? Jonah’s direction was good in spots but like the stuff I mentioned above, he could have glanced a lot more. In a way, the movie feels incomplete.

The only bonus features on the Blu-Ray is audio commentary with Jonah Hill and Director of Photography Christopher Blauvelt, and then 3 minutes of deleted scenes. One scene that was quick and should have be added was when Fuckshit drives pass a movie theater waiting to see Usual Suspects and screams out a spoiler. Adding that back would have made the movie just a tiny bit more funny.

Mid90s is a good indie movie by Jonah Hill, but I felt like I’ve seen this before with Kids, Thirteen, Lady Bird and other come of age movies. Nothing was really new to me, except this time it was about skaters. I liked Jonah’s retro indie look to the movie and the soundtrack was great. He managed to make a movie where you cared about the characters (at least me) but I also felt he could have done a lot more with it. Some people will like this movie, others won’t be interested with it. I dug it though. 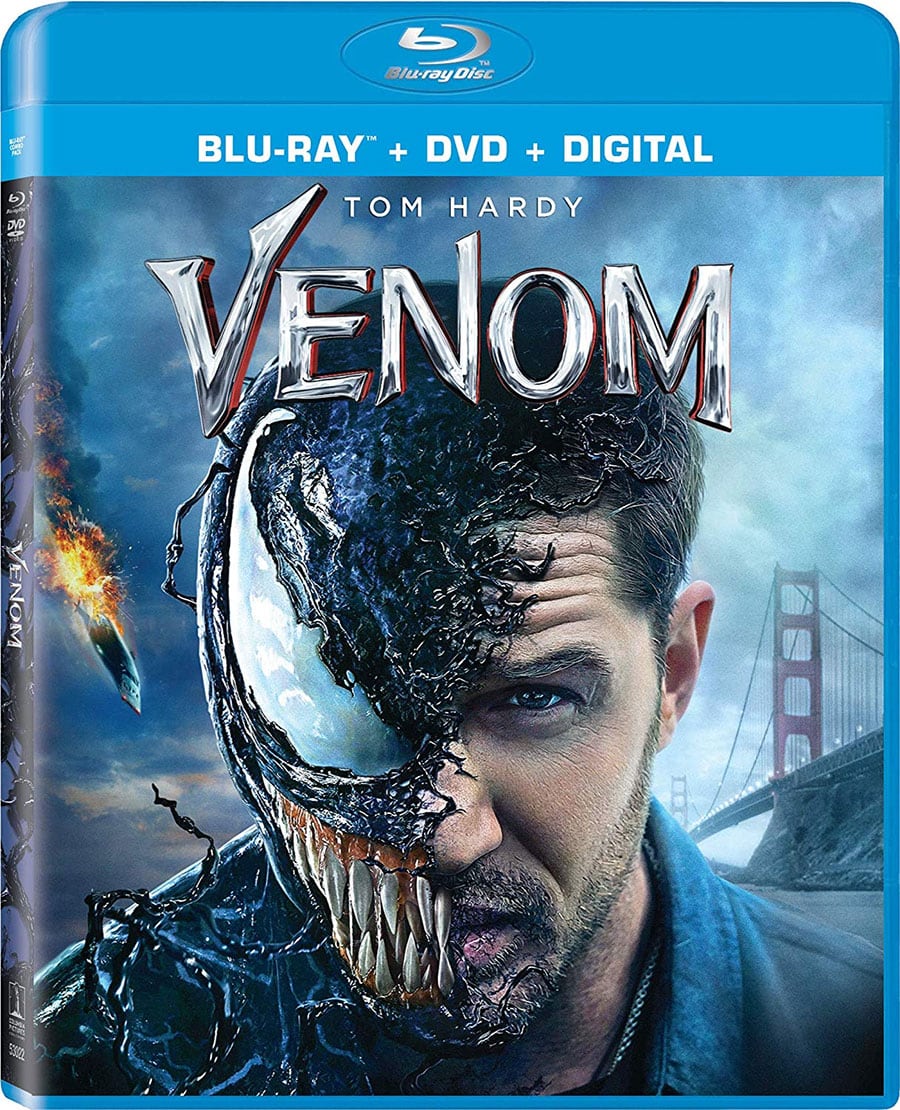