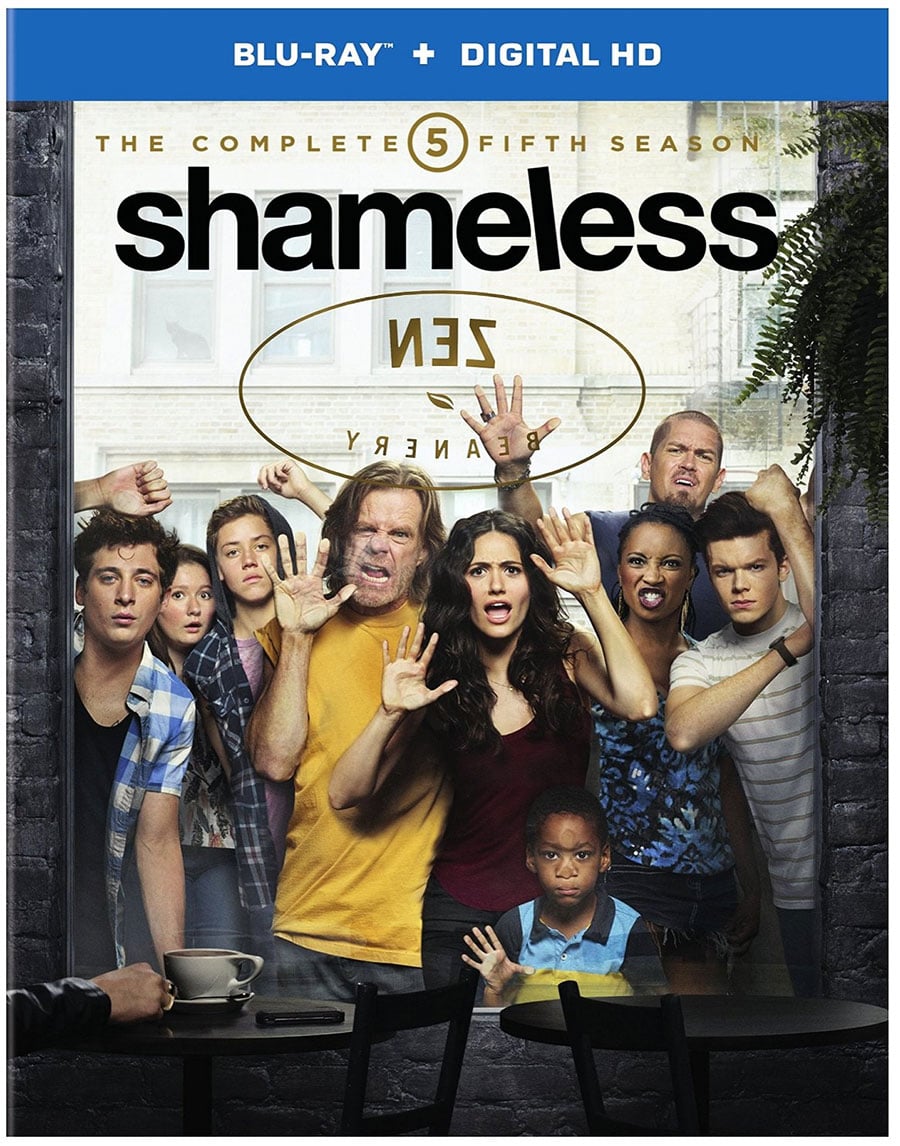 It should come as no surprise that The Gallagher’s get more outrageous and wilder each season. With Shameless (the UK import) is now in it’s fifth season; It’s no different. As members of the family get older, the (mis)adventures also increase. Lead by a stellar cast and the leads of Emmy Rossum and William H. Macy, Shameless is a unique blend of dark comedy, silliness, and drama.

Fiona (Rossum) is released from house arrest and trying to get on the path to normalcy, the best the Gallagher’s can (at least). Working at a diner where former convicts/addicts work which includes her boss, Fiona finally thinks she can settle into a normal routine. Getting into a love triangle/rectangle makes things a little complicated. Lip (White) is trying to go the academic route since he’s somewhat of a genius but runs out of funding and has to improvise to stay in school somehow. Ian, who is bipolar, is out running a muck on wild sexcapades with his boyfriend, Mickey, and is worried about his well being. The younger siblings are growing older. Debbie (Kenney) is out there exploring her sexuality under everyone’s nose and the possible repercussions could come as a shock to the rest of the Gallagher’s. Carl (Cutkosky) is up to no good as usual but now more so in public. Running questionable errands for Frank (Macy) and getting tied up in the drug dealing business. Of course, Frank is doing what he does best. Not much except causing the entire family a massive headache with his shenanigans and harebrained schemes. Kevin and V (Howey and Hampton) are trying to live and endure with triplets and still keep the spark alive in their relationship. Rocky roads endure for them and the entire Gallagher clan.

I think the later seasons of the UK import get better and better each year. This year was an improvement on Season 4 as it wasn’t AS serious in the story-lines and felt more like a dark comedy than straight drama. I think the series can somewhat teeter on that fine line between the two. Some story-lines are just so out there, you have to laugh despite some serious undertones to the characters. I particularly enjoyed seeing William H. Macy’s character Frank run wild like usual but also find him smitten and in love with a terminally ill nurse in the second half of the season. Typical Frank fashion though, he gets back to what he’s used to in the end, running back to the house in Chicago and trying to free load. Fiona trying to juggle several men in her life was one of the main arcs of the season and was enjoyable and nerve wracking as the viewers waited for whatever outcome unfolded. The show does a great job of juggling all the story-lines with so many characters in the house and the others that it feels like none are short changed. As the seasons have gone on, only more characters are introduced like half sibling Sammi and her son, Chuckie. Apple doesn’t fall from the tree in regards to the Gallagher’s and the half siblings.

Not much as far as extras go with the season 5 set, just new featurettes and commentary on one episode and some unaired scenes. Still, the season is worth the purchase alone. I can’t wait to see what is in store for the family in Season Six as not many bombshells were dropped in the finale of Season 5. We all know it will be just as wild as ever though and as viewers, that can be a good thing!

Features:
-2 All-new featurettes – shameless sex love and Gentrify This!!!
-Commentary on Episode 7 – Tell me you f**king need me
-Unaired Scenes