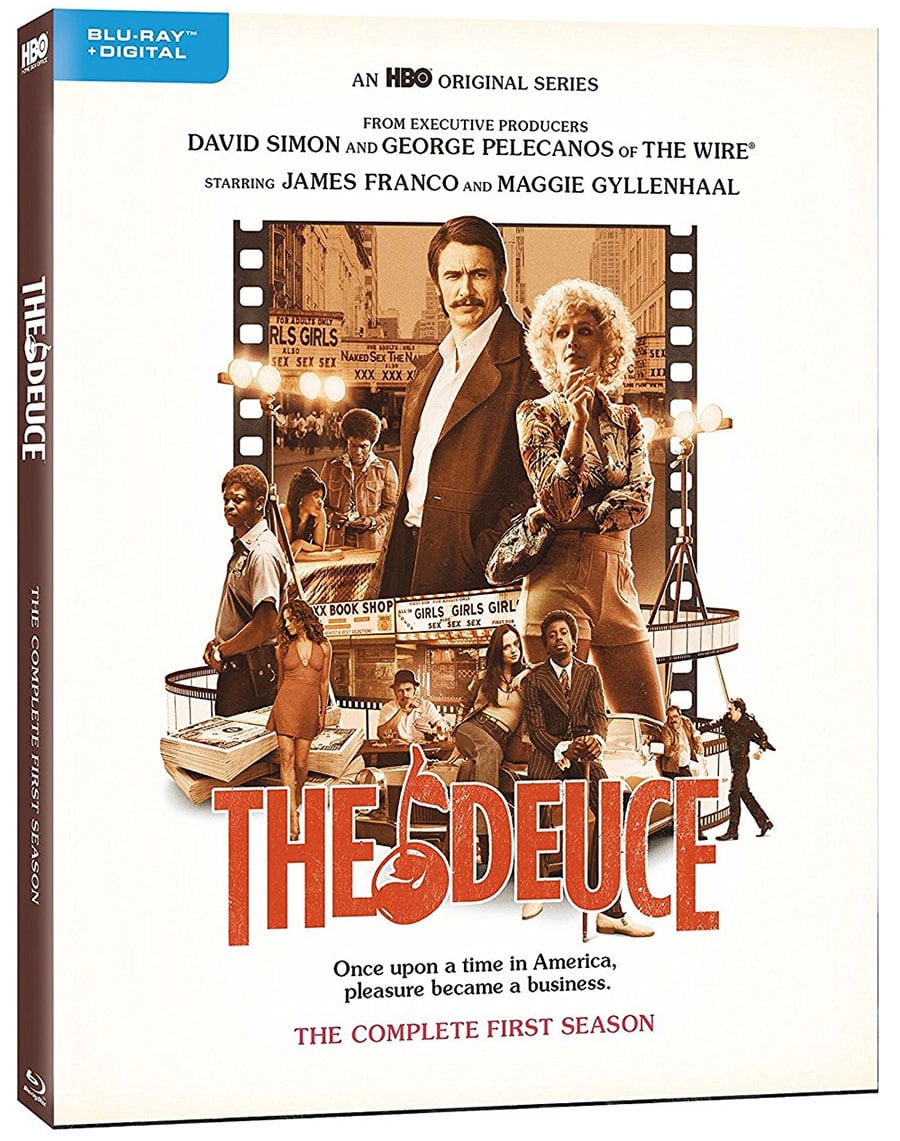 David Simon’s latest series won’t be for everybody but it’s really good if you can tolerate lots of nudity, sex, some violence and other gritty things. Ya know, the typical HBO drama. I wasn’t sure I was going to like The Deuce but ended up really enjoying the majority of it. I had some issues with the series but nothing major.

I didn’t know what to expect with The Deuce. I knew it was a series and who was in it, but I didn’t feel like getting into it when it originally aired. That has changed now since I’m invested in the characters now. It’s great to see how gritty NYC used to be before things changed around early 2000s. I’m trying to remember the last time I saw a prostitute on the streets of NY. It had to be late 90s coming home from a show and one would be on the corner or by the tunnel. But around 00-01, things changed and all of that kind of stuff went away for the most part.

Like with David Simon’s dramas, there’s a shitload of complex characters and each person gets their time in the spotlight. The main characters Frankie and Vincent played by James Franco and Candy played by Maggie Gyllenhaal get the most screen time of course. I really didn’t get the point of having James Franco playing twins and why they even needed to do that. Just combine the characters or just have a brother that isn’t a twin? Plus, it’s hard to differentiate between the two because they both have mustaches. Oh big difference, one talks differently and has slicked hair. I was hoping Vincent would get whacked and spare the double James Franco problem. Here’s hoping for that in Season 2. Maybe with the problems he’s got off-screen now, maybe both of them will get whacked?

I liked certain aspects of the show, like how the prostitutes transitioned off the streets to the parlors or some cases, on the set of porn flicks. I liked the mob stuff and seeing how it was tied to parlors, which I never realized. There were some things I didn’t really care to see but you can take your guesses on what they may be. For an HBO show, I was surprised how much they showed and did. Definitely surpasses Game of Thrones with the nudity and sex. Like Game of Thrones, sometimes the show suffers because there are too many characters and hard to keep track at times. Having 8 episodes was a good starting point for season 1 but hope they branch out to do 10 next season. Just when you were starting to really get involved with the characters and their storylines, the show ends. Then again, some episodes were extended over an hour so I guess that helps a little.

The Blu-Ray contains a featurette about NYC in the early 70s, some inside the episodes features and some other behind the scenes stuff. There’s audio commentary and digital HD code in there too. I watched the behind the scenes featurettes and was curious what the actors, creators of the show and directors thought about everything. The show’s first season had a few female directors like Michelle McLaren (Game of Thrones, Westworld), Roxann Dawson and Uta Briesewitz. James Franco directed some as well.

On the surface, someone might just think of the show as that prostitute/sex industry show but it’s a lot more to it than that. I like the whole 70s NYC thing and how things were back then. It would be cool to have season 2 explore more with the mob, and more of the beginnings of the porn industry and less of the prostitutes/pimp aspects. Probably as that industry evolves, so will the show. The acting is good for the most part but I honestly could do without 2 James Francos. The key to the series is the writing and the characters that Simon and Pelecanos have developed. If you’re a fan of their other series like The Wire and Treme, definitely give this one a shot. Plus, gotta love the Curtis Mayfield theme song too!

Features:
The Deuce in Focus
The Wild Wild West: New York in Early 70’s
Inside the Episodes
Audio Commentaries