The 25th issue of this review zine is their first with the Microcosm seal o’ quality. The editor explains the partnership a little defensively (as there will be inevitable conflicts of interest with Microcosm being a big zine/indie book distributor), but I think it’s great that XD is back in print and has good distribution behind it.

I have a soft spot in my heart for review zines, which in the 90s was the best way to learn about other zines. In the digital age they have all but disappeared. Factsheet 5, the industry standard, closed its pages years ago, as did Amusing Yourself To Death. I thought Zine World was a goner too, but a letter from ZW’s editor in XD suggests otherwise. But it just goes to show how long it takes for these issues to come out. This issue came out in April and says “2009” on the cover, so it may be safe to assume that tulips will blossom before the next one is out on shelves.

It’s no secret that the zine scene has weakened considerably, some would say fatally, since its 90s heyday. Just like the rest of traditional media, the accessibility, visibility, reach, and ease of self-publishing on the interweb have made most zines obsolete. While I used to love zines and zine culture, it’s hard to come up with any sane reason to expend the money and energy to publish one (or, conversely, expend the money and energy to seek out and buy one), unless it’s something that’s handcrafted, pervasively illustrated, or otherwise can’t be easily recreated digitally.

The decline of print zines is brought up in the letters section of XD, but lacking is a persuasive argument for why they are still necessary. There’s the nostalgia factor and the occasionally bandied, completely ridiculous argument that print is more “pure” than the Internet, but let’s face it – zines are back in the realm of the rambling, crazy person. You know, people who collect vinyl and make their own butter and still buy colorful stationery and think the CIA is run by a genetically engineered race of robo-ninja squirrels.

Not that I’m adjusting my tin foil hat. I’m guilty of being nostalgic, crazy, and certainly rambling. So let’s get on with it.

XD’s reviews are cleanly laid out and sectioned off by reviewer, most of whom tend to add a personal and often humorous element to their reviewing, which is awesome. Not as awesome is the fact that the zines being reviewed aren’t alphabetized or indexed (ugh). The reviews are well written but consistently positive and upbeat. That to me has always been a major flaw with review zines. I appreciate when a scene looks after itself and is supportive of anything and everything, but that same intention gave us the awful local ska scenes in 1997. C’mon folks, we don’t want to encourage zine versions of Jiker and Skabba the Hut.

I’m not Mr. Review Ethicist, but I do believe you should give your opinion and not sugarcoat it. It doesn’t help anyone if you say everything is wonderful. How does the reader know what is “great” and what is truly great? After reading through this issue, I can’t trust that any of these zines are good. I mean, they gave Maximum Rocknroll a glowing review and I’ve been using that shit as birdcage liner since 1991.

XD is mainly focused on perzines and niche zines (and, yes, Microcosm releases), with little coverage of political and music zines, with the exception of MRR and Sink Hole. I’m not sure if that’s based on the submissions they’ve received, but I’ve always found the zine scene to be snooty toward non-personal publications. I admit that most music zines suck – okay, all music zines suck – but their exclusion from the party always leaves a bad taste in my mouth. I dig perzines, but I’d also take Nardwuar interviewing The Go-Go’s over someone’s vegan recipe for LGBT cutters who were molested by their pet goldfish and can only express themselves through crudely drawn cartoons anydayoftheweek thankyouverymuch.

But for all my inane ranting (hey, I’m a zinester again!), I do love seeing a new review zine in print. And while XD’s overly positive approach and review organizational skills are irksome, there’s that nostalgic and romantic part of me that loves what they’re doing and hopes they keep doing it.

Bottom Line: There are still print zines, apparently, and XD’s got them covered!
Overall Rating: 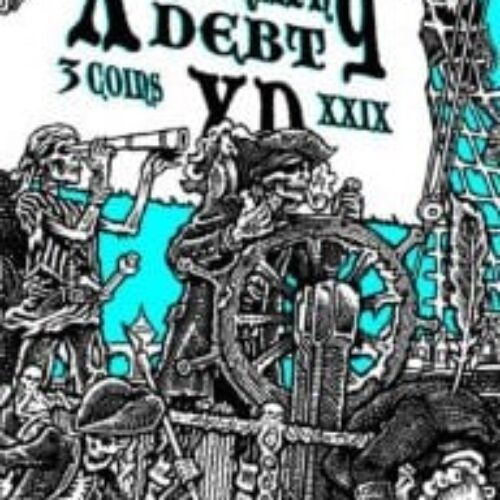 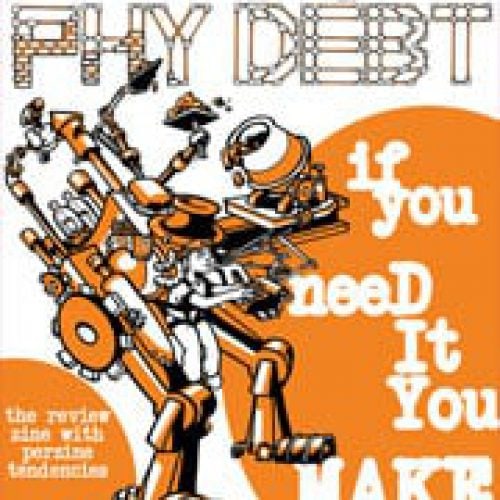