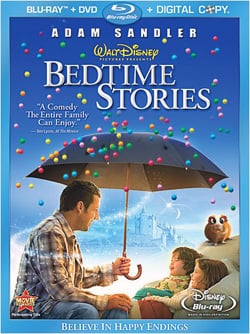 I can’t believe I’m sitting down to watch another Adam Sandler movie. What are we in for here? Pre-pubescent jokes, a lot of stupid, irritating voices repeated from every other Sandler movie in the past 5 years and of course rants, screams and wanna-be-funny tantrums over a nothing plot? Ok. I’ll suck it up and watch it since it was “quality family entertainment” – I mean seriously it’s Disney. Man, I was dead wrong. This film was great. Read on – no spoilers – and rent or buy this film. It’s a film worth watching again and again and not just for the kids.

The story progresses and goes as expected from the previews. Skeeter Bronson (Adam Sandler), the son of a hotel owner convincingly played by Jonathan Pryce has grown up in and around the hotel business along with his disgruntled sister Wendy. Unfortunately big business comes in and his life as a hotel handyman has become somewhat mundane and overrun by corporate rules and politics. At the head of the business is old Mr. Nottingham (Richard Griffiths of Harry Potter fame) who has much bigger plans for the hotel business no matter what the cost.

When Skeeter leans he needs to help his not-so-friendly sister out of a jam, he gets reacquainted with his niece and nephew. His sister is the head of a local school in trouble and along with his sister’s uptight and do-good teacher friend Jill (Keri Russell) two worlds collide in a hilarious, imagination-inspired reality. Yes it does “rain” gum balls and there’s the kid’s cute and fuzzy guinea pig “Bugsy” who adds some great supporting comic mischief. Mickey (Russell Brand) is on the hotel waitstaff and Skeeter’s best friend. Brand injects some of the best humor in the film and I regularly laughed out loud with the rest of the family during his scenes. The kids in the film have such a huge part in how the story unfolds, kids of all ages can really connect. They can actually learn a few life lessons through the eyes of Skeeter and his niece and nephew and don’t be surprised if they ask for their own bedtime stories to create.

What’s really great about this film are all the other movie references – some not so obvious which is why I think it’s a film worth a few re-watches. There are a few CGI scenes which do add to the imagination factor and the score takes it’s cues from other films – yes some Sandler flicks – but even so it’s a good blend of fun and inventiveness on Rupert Gregson-Williams’ (composer on some other Sandler films recently as well) part.

In all Bedtime Stories is a keeper. Well worth the space on the DVD shelves and I can see this being a favorite for a while. We’ve already watched the Blu-Ray version which I can tell you is amazing. The Digital copy is already on the laptop for viewing on the Mac and PCs and I’m sure when we leave to go out today the DVD will be in the car. “Believe In Happy Endings” is the movie’s tagline. You certainly can with this film. 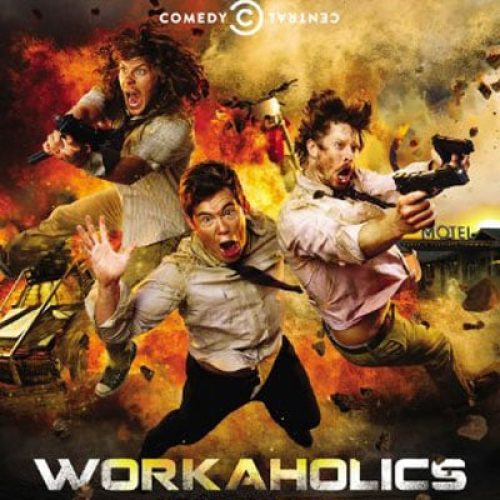