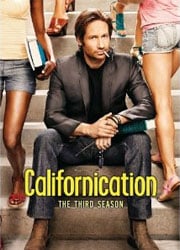 The season I’ve been waiting for has finally arrived! Californication is one of those shows where I love to watch on DVD but don’t watch on TV (because I don’t have Showtime). Californication is on par, if not better than the previous seasons and if you enjoyed the first 2 seasons, wait until you see what happens in season 3!

Californication is about Hank Moody, a troubled, sex hound of a writer who lives in California with his daughter Becca. His on and off again girlfriend Karen is out in New York, where she accepted a job there at the end of the second season. Hank and Karen’s relationship has always been open and very complicated. Hank seems to be taking the long distance relationship very hard and goes back to his old ways of fucking anything that moves. In the beginning of the 3rd season, Hank finds himself getting the chance to teach at a college and you can only imagine the hijinx with having Hank Moody let loose on a college campus. He begins seeing not only a student who’s also a stripper, but his teaching assistant and the Dean’s wife. It’s the third season, it’s time to up the ante. Meanwhile, Hank’s best friend Charlie and wife Marcy are still having problems and about to get divorced and sell their house, but still continue to live with each other. Charlie is working as an agent again, and signs Rick Springfield. Marcy has a fling with Rick and Charlie unwillingly has a thing with his old horny boss. Even though Mia isn’t really in this season, that whole storyline comes back into play in the final episode. Things don’t turn out well for Hank Moody at the end.

I think each season of Californication gets funnier & better. That’s not to say they were bad episodes, but I just think the show improves and tops the previous season. David Duchovny was hilarious this season, as well as Pamela Adlon and Evan Handler. The addition of Peter Gallagher, Kathleen Turner, and of course Eva Amurri made this season one of the best. Kathleen Turner was really funny with how perverted and horny she was, even though she looks old and gross now. Honestly, what made the season for me was Susan Sarandon’s daughter Eva Amurri. She’s downright sexy and beautiful and not to sound like too much of a perv, really loved her scenes on the show. She really went that extra mile with the role, and had no problem with the nudity. Definitely made the season more enjoyable for me haha.

I think the writing, the dialogue, the mixture of comedy and drama makes Californication one of the best, underrated shows on TV. David Duchovny plays Hanks Moody so well, you just have to laugh at everything he does; even though you know it’s gonna bite him in the ass in the end. You definitely could see something was gonna happen in the final episodes and it did. If Hank was in a downward spiral, he must be at the bottom now. But then again, I guess the bottom could be death but thankfully he didn’t get there. Charlie doesn’t seem to be in as bad of a spiral as Hank now but I’m sure things will teeter between everyone. No one on the show is ever happy it seems. But if everyone was happen and enjoying life, this show wouldn’t be what it is.

The special features include a funny blooper reel, Pamela Adlon talks with a bunch of divorced housewives about the dating scene in LA, there’s some trailers for The Tudors and 1 or 2 other things. The bloopers are definitely fun to watch after you’ve seen the episodes.

Like I’ve said before, Californication is one of the best series on TV right now. It’s a very adult show that’s not for everyone but whatever, I love it. It’s got sex, more sex, humor, drama, funny characters, good soundtrack. It’s a show to watch & enjoy when the kids are asleep (if you have kids). 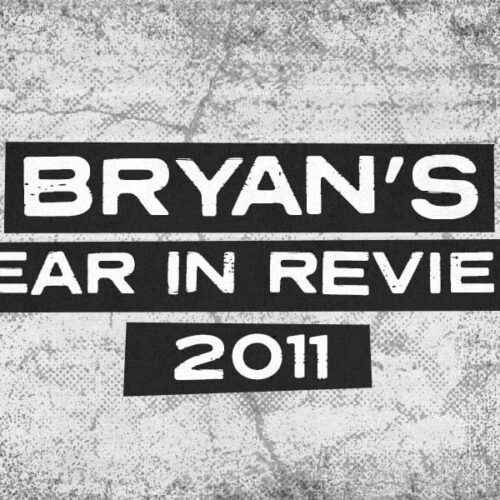 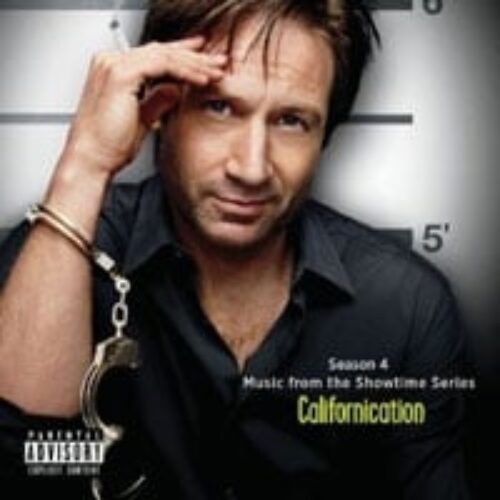 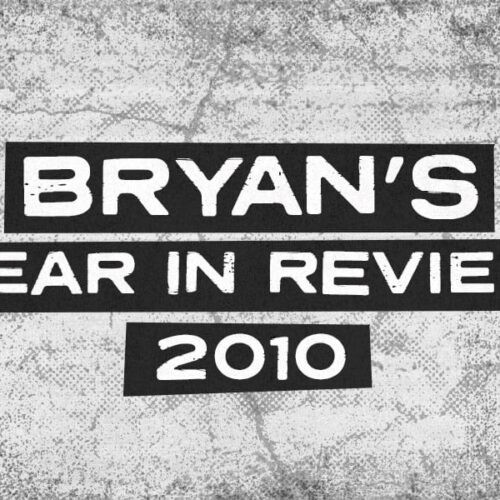 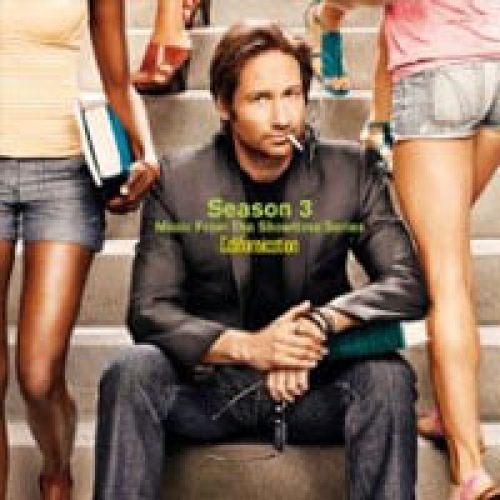