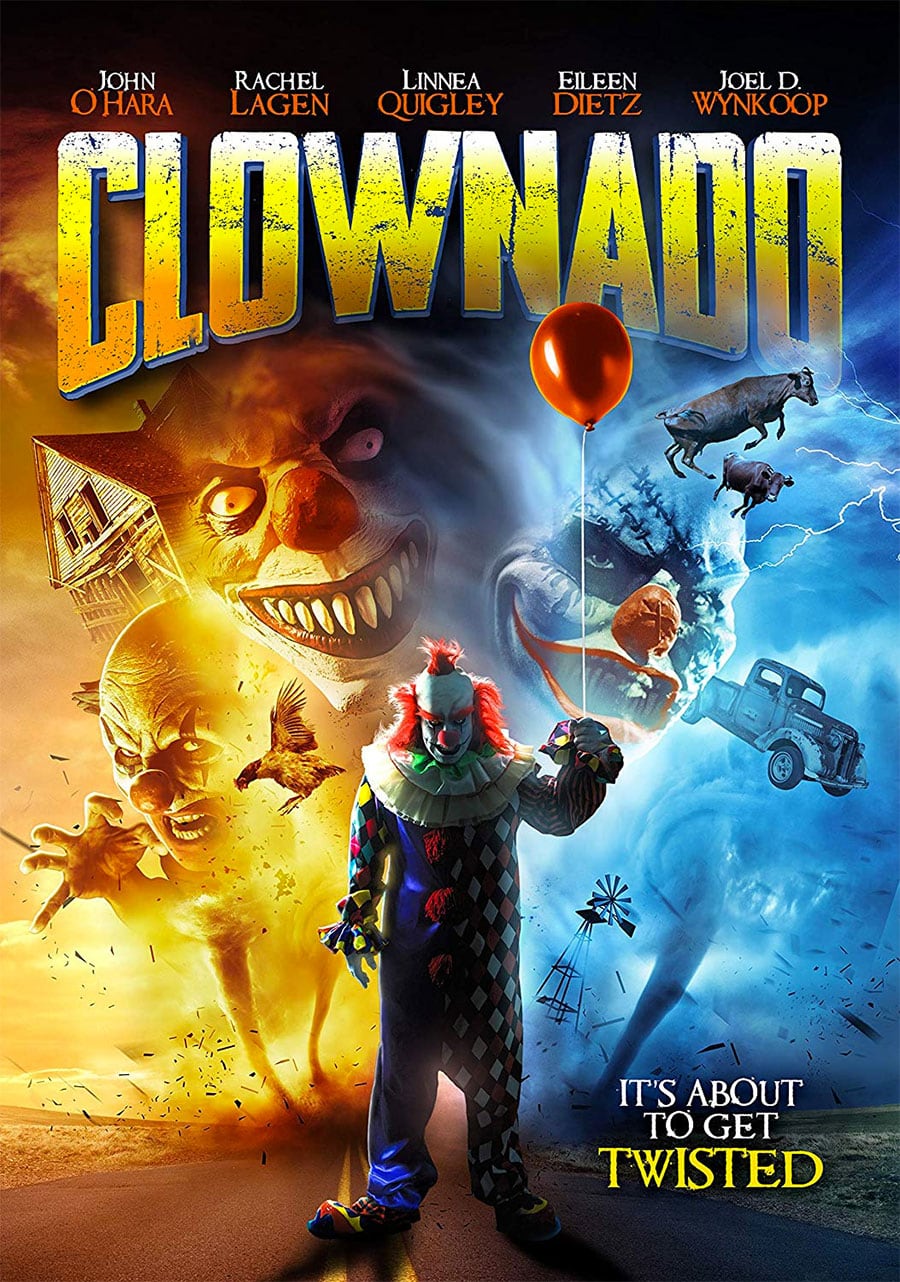 In the wake of numerous Sharknado sequels and phenomena, it was only a matter of time before they tried to throw other things into the ‘nado blender. The movie title is exactly what to expect from the watching experience, a tornado of murderous clowns. I mean, what else were you really expecting?

The film opens with a secret affair that leads to murder. Destined to get revenge after the ghastly murder of her lover, she visits a witch to get revenge on the murderous troop of clowns by placing a curse on them placing them in a tornado. This of course goes over great as now you have a murderous tornado of clowns rolling through, but how will it ever get stopped? Well, leave that to a stripper, Elvis impersonator, truck driver, teen runaway, and “a dude.”

The movie’s appeal revels in B-movie glory but in all fairness it comes off as way less. Anyone familiar with the ‘Nado series knows to expect something that’s awesomely bad and cheesy, but it feels like this movie just tried too hard to be that movie and forgot they were actually making a watchable film. The characters seem very random, which goes with this genre, but the bulk of the cast just seems inexperienced which is weird because this isn’t some of their first movies. Not sure if it’s the source material, but the cast comes off a bit un-relatable. There’s a few characters that command their screen time, like John O’Hara but the rest of the cast just doesn’t have that same presence.

My biggest qualm with the movie is visually it just doesn’t look good. I watch a web series on youtube that’s entirely shot on iPhones, and this movie doesn’t look as good as that. A lot of the movie consists of night shots so that doesn’t exactly add to a great visual experience. I wasn’t anticipating some Industrial Light and Magic special effects, and the CGI here suits the grade and style of the film. I felt like the films practical effects involving the clowns feeding on guts was just a little too over-focused, but I guess they were using it as a plot device to put over the clown’s evil sadistic nature.

Bottom Line: The attempt at making a movie that’s so bad it’s funny falls flat here. I kept waiting for the movie to get better and it never did. I’m sure you can watch any other B-movies like Velocipastor of even The Banana Splits and walk away with a much more better use of your time then getting sucked into the Clownado.
Running Time: 90 Minutes
Rating: R
Overall Rating: 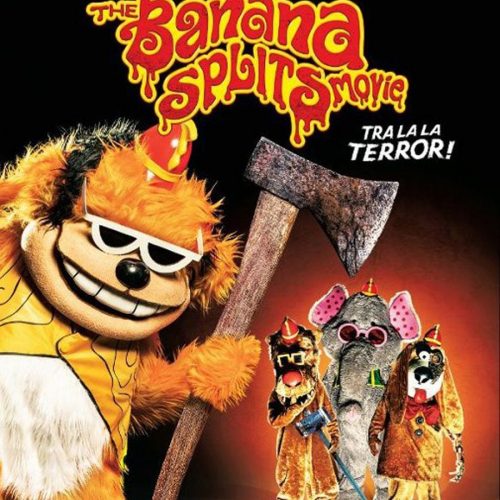