Family Guy: Volume 6 contains uncensored episodes from Season 5 and 6. There are 12 episodes total including the 100th episode! I thought the last volume of Family Guy was sub-par but I think this volume is a lot stronger. Plus there’s some good extras as well. Giggity!

Family Guy: Volume 6 starts off with the episode when the Griffins decide to open up a restaurant. When business starts to slow down, Peter asks Joe to help out and he agrees to bring in his police buddies. Instead of a popular cop hangout, it turns into a handicapped hangout and Peter doesn’t want that one bit. Other storylines in this volume 6 include: Stewie is mistaken for the devil, Lois becomes mayor of Quahog and turns into the person she was fighting against, Joe gets leg transplants and becomes an asshole, Peter finds out he was born in Mexico, and Peter grows a mustache. The 100th episode is about Stewie finally getting what he always wanted, Lois dead. But does that really happen? The storylines aren’t necessarily interesting but what’s in the episode is what’s interesting & funny.

Even though Blue Harvest wasn’t included in this volume, I still think this set is stronger than Volume 5. I just remember laughing a lot more for this DVD set. But still, it would have been nice to have the Star Wars spoof episode included in the set. I thought the 100th episode and 101st episodes were the best of the Volume because of the epic storyline. Stewie finally kills Lois but leave it to Family Guy to sweep the rug from underneath us at the end of the 101st episode. I thought it was great to see what the Griffins do with Cleveland after he goes to their house. Speaking of Cleveland, not sure what’s going to happen to his character because hens going to have a spin-off launching in the winter.

The pop culture references are still hilarious and random at times. Other times I can’t believe they do some of the things they do on the show. There’s seems to be a lot of 9/11 jokes and references and I don’t know, I just think it’s not something you can truly make fun of or make reference to. But then again, Seth MacFarlane does have some merit to make 9/11 jokes since he almost died on one of the planes that flew into WTC (he missed his flight). One joke I loved that they did was make fun of the Fox promos at the bottom of the screen. They had a mini-Marge Simpson there promoting the Simpsons. Mini-Quagmire comes over and starts humping her and they go back to the Simpson’s house. Then you see the exterior shot of the Simpson’s house and hear Homer catching them in bed. You then hear gunshots, and then Quagmire shoots the rest of the family. It sick but really funny at the same time. Its stuff like that makes Family Guy one of the funniest shows on TV.

Believe it or not, the extras for Family Guy Volume 6 are some of the best extras that they’ve had. First off, there’s audio commentary on all episodes, but I haven’t listened to that yet. The best featurettes are the deleted scenes, the Family Guy 100th Episode Special and the Family Guy Live! Just for Laughs featurette. The deleted scenes were excellent and quite funny. The total time of that is 18 minutes, which equals almost an entire episode. I can see why some of the scenes were cut, either being too random or too offensive. The Family Guy Live featurette was from the Montreal Comedy Festival in 2007 and it has the entire cast & writers doing a live table read. They do a reading of the ‘To Love and Die in Dixie’ episode, and it’s the same one I saw them perform in the Town Hall in NYC. Definitely watch that after you’re done with the episodes. Other extras include an animator drawing Lois in 4 minutes, the making of the 100th episodes and lots more!

Volume 6 DVD contains a lot of funny episodes, even though there are only 12 episodes. I’m hoping the next volume will have a lot more episodes and the extras are just as good as Volume 6’s extras. Now that the Writer’s Strike is over, I’m hoping that’s the case. Right? RIGHT?! 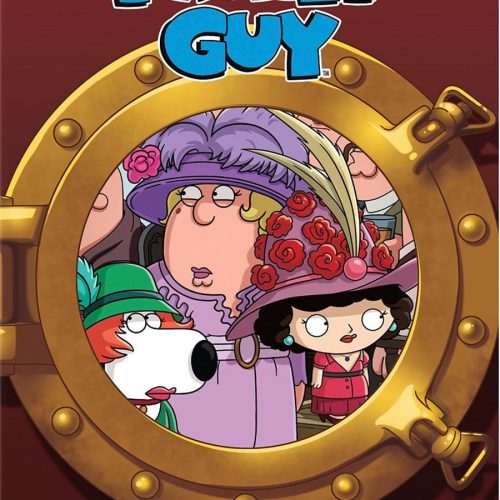