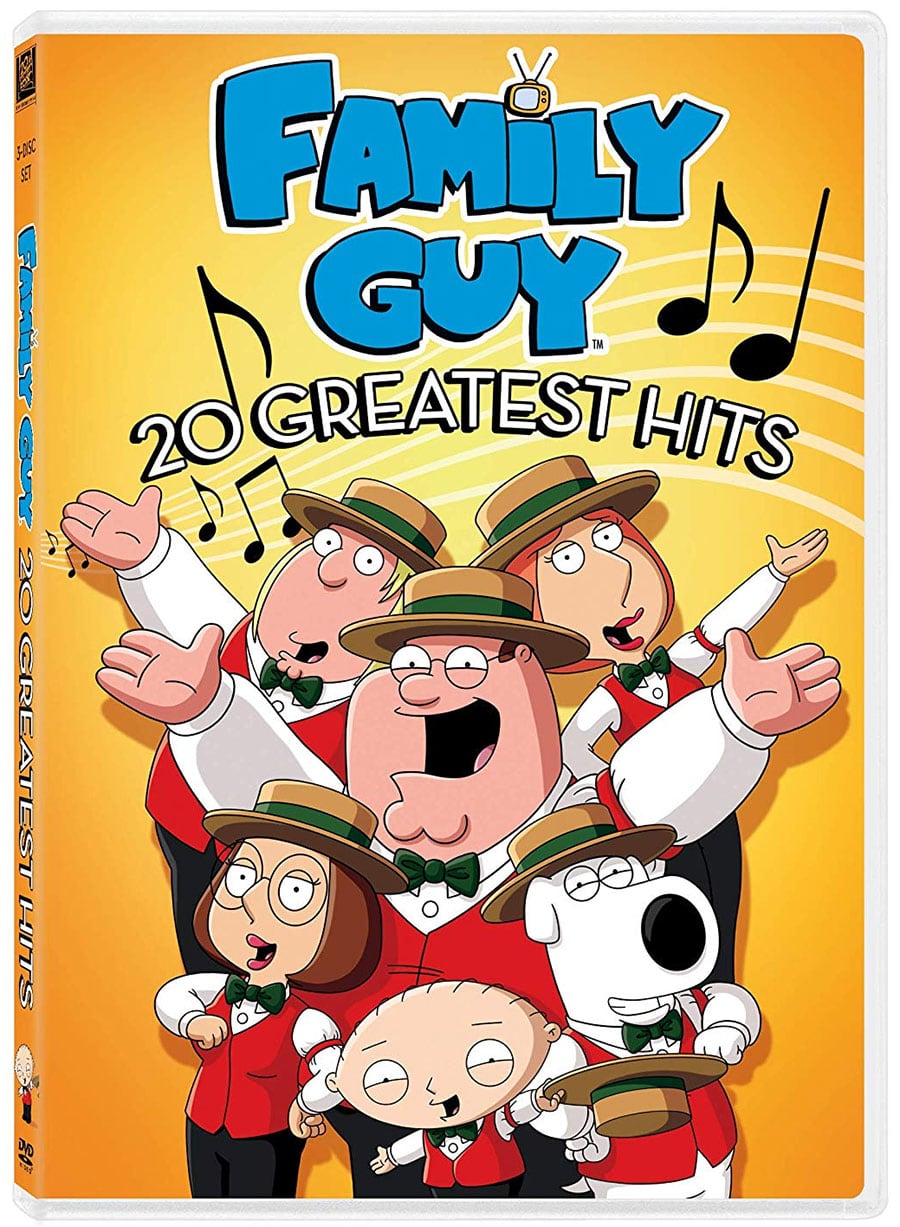 To celebrate the 20th anniversary of Family Guy, Fox has released a 20 episode Greatest Hits DVD featuring all the shows with all the songs & dance numbers in it. It’s a fun collection of episodes, even if you seen the episodes a bunch of times.

Some of the episodes on this set include: The Road to Rhode Island, Patriot Games, PTV, Episode 420, Road to The Multiverse, Road to The North Pole, I Dream of Jesus and lots of other ones. Obviously the only connection to these episodes is that there is a song and dance number or something in each episode. Think of it as Seth MacFarlane’s Greatest Hits album but in cartoon form.

It was nice to go back to some of these episodes that I haven’t seen awhile. Some I have like Road to the North Pole, which is such a great hour episode. The Brian and Stewie episodes are highlighted well in this collection and it’s a no-brainer since most of those episodes have songs in them. “The Bag o’ Weed, ” “You have AIDS,” and “The FCC song” were highlights for me. There’s a lot of great songs I’m not gonna list, you just have to watch I guess. I will say though, even though I’ve seen these episodes a million times, they still make me laugh. That’s part of the reason why Family Guy is so good, it’s rewatchable value and a lot of the episodes still hold up after all these years.

Like I’ve been saying whenever I review DVD from Fox and other studios, what’s it going to take to have these shows be released on Blu-Ray, or have a digital HD code included with the DVD if you want to be cheap. Reason why I requested this because it sounded like the collection of episodes were going to have a digital HD code with it. I guess it’s just being sold separately which is just as frustrating. Just combine them and please both people that like to have both hard copies and a digital copy.

Even if you own all the seasons, this is still pretty nice to have if you want to watch all the song and dance episodes in some type of marathon. Shipoopi!