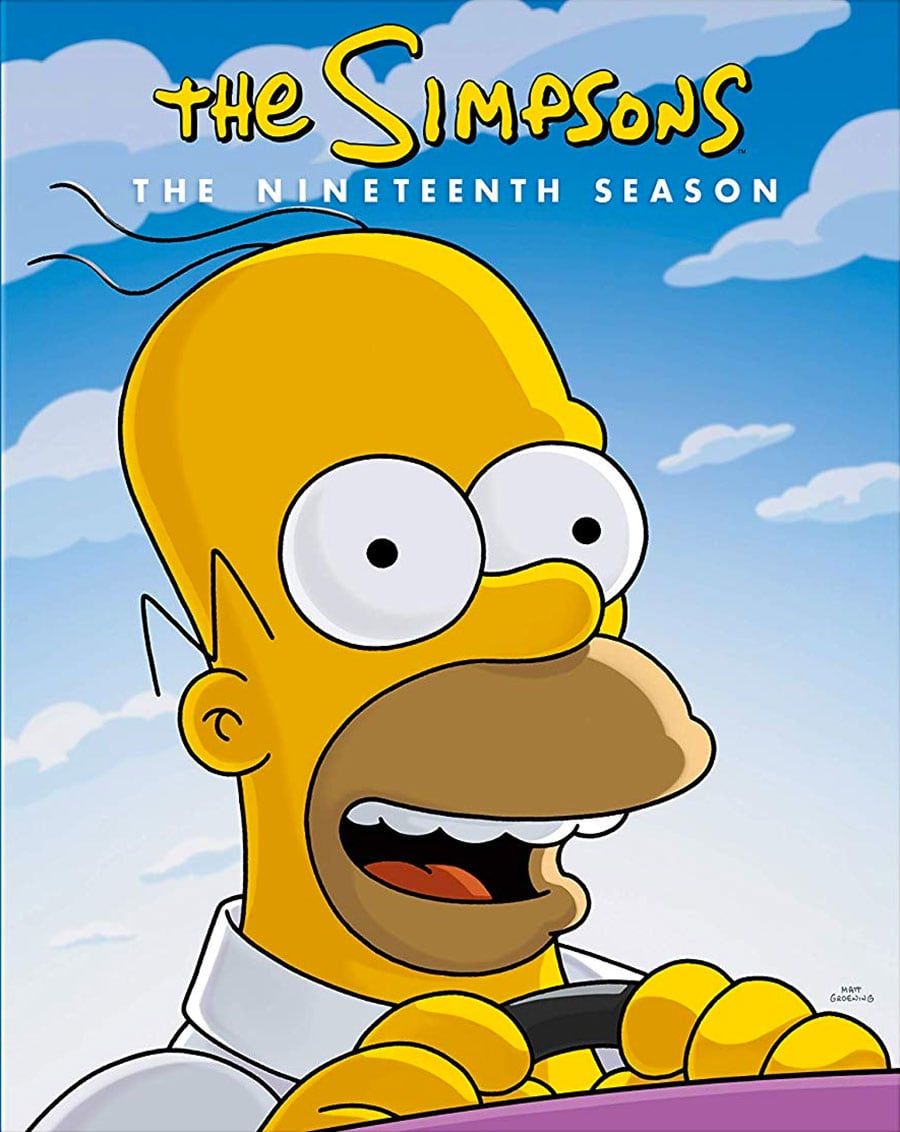 This season of The Simpsons aired in 2007-2008 and some of the episodes are about: Homer becomes an opera singer, Milhouse’s parents are presumed dead and he becomes popular from it, Marge creates a gym for average women, Homer and Marge recount their 90s lives, and some other storylines that weren’t that special.

I don’t really remember too many of these episodes from 2007. Not sure if I was watching Simpsons at this point or if I just bailed on the show then. I started watching the show again at some point but not sure if this was when I bailed. After watching the majority of this season again, this was a relatively weak season of The Simpsons. Even watching these episodes, I can’t really remember too much from this season. It just wasn’t on par with previous seasons. Even the Treehouse of Horror wasn’t as good and those are usually a highlight each season.

By this point in the show, it seemed like there were special guests each episode which bugs me. It just got too gimmicky at this point. With all my negative comments about this season, there’s still a lot to like about the Simpsons. You’re guaranteed to laugh at least once during an episode. While not every episode is laugh out loud funny, there’s certainly some stuff to chuckle about. There’s some sight gags and one-liners that make me laugh each episode. Unless there’s a Lisa episode, I can’t stand those episodes.

Like usual, the casing for these DVDs is mind-boggling stupid. First, it’s all cardboard, you have to pry it open from the case and then you have to put your greasy fingers all over the discs to yank them out. Not to mention that by doing this, you’re prone to scratching the hell out of the discs because it’s in cardboard and not plastic. I’m all for being environmental friendly but come on, this is just beyond stupid that they keep doing this type of case, every single time they put out a DVD. But hey, Bill Plympton designed the look of the case and menus. Case in point, I didn’t even watch the 2nd disc and I had major problems just trying to watch it. It kept skipping to the point I could barely watch those episodes. So I was able to watch 3 out of the 4 discs.

The Simpsons 19th Season isn’t that great but it’s got a few episodes worth checking out if you’re a diehard fan.