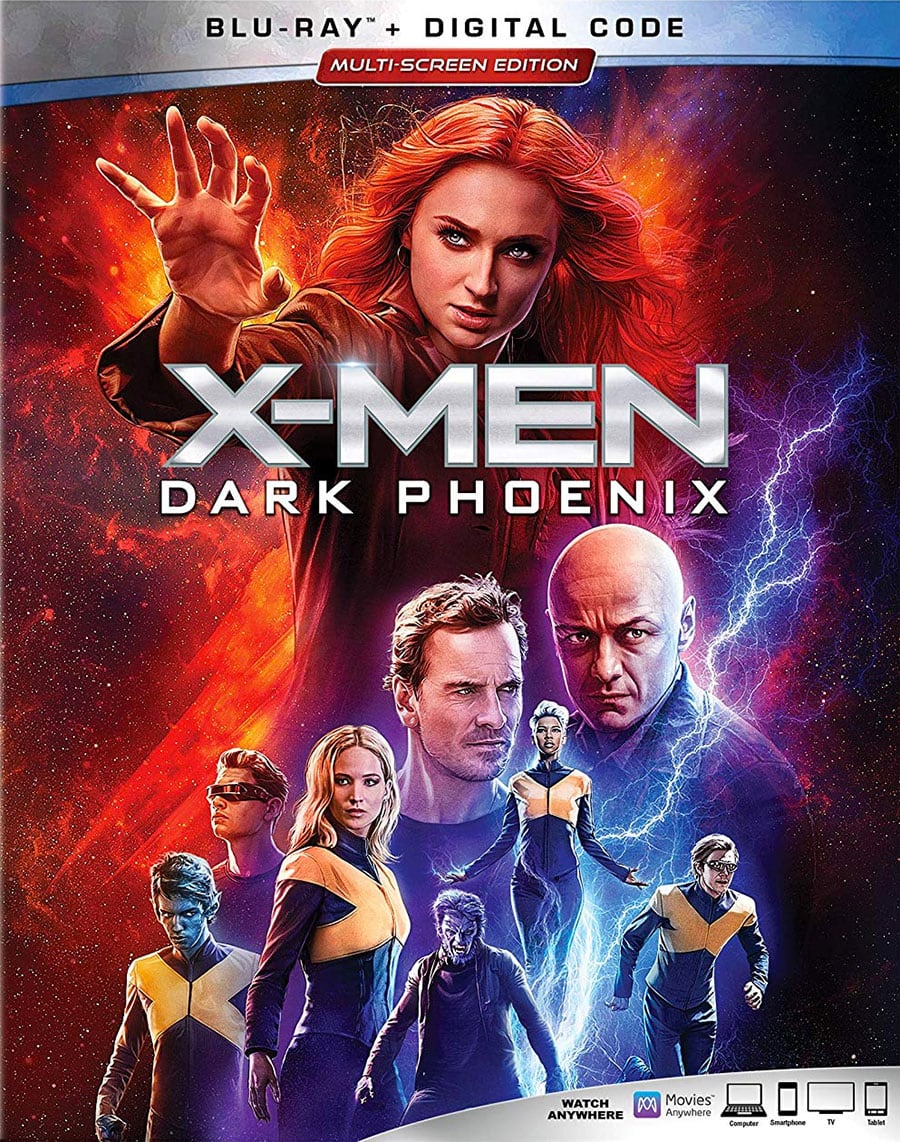 I love X-Men and it was probably my favorite comics to collect when I was younger. Unfortunately, I had no desire to see Dark Phoenix in theaters. The movie just didn’t look good from the trailers and after seeing it on Blu-Ray, yup…I was right.

The movie is obviously about the classic Dark Phoenix saga from the comics. While out on a space mission from the US President, the X-Men team set out to save a space shuttle from some type of solar flares. Jean Grey (Sophie Turner) gets hit with the solar flares while trying to rescue the astronauts but survives. Her powers are intensified but uncontrollably. Professor X (James McAvoy) had put mental walls in her head when she was younger, but with her new amplified powers, she breaks through and goes nuts. Some members try to go out and kill Jean for what she has done, and others are trying to save her from destroying everything around her.

It stinks that X-Men got lost in the shuffle from behind the scenes drama the last 2 movies because X-Men: First Class, Logan and X-Men: Days of Future Past were fun and highly enjoyable movies. I didn’t mind those and liked the cast. I still haven’t seen X-Men: Apocalypse though. Don’t know why but it was probably the bad reviews and the trailer. Didn’t help that Oscar Isaac looked like Grimace or that purple dude from Power Rangers. With this movie, it just feels like everyone on the set was bored and finishing out their obligated contracts before X-Men goes to MCU.

I wasn’t invested in the characters at all, and what was going on with these so called villains who didn’t do much. You can just tell that Jennifer Lawrence had enough with these movies and having to put on that blue makeup. It seemed like she was pretty much Jennifer Lawrence in this movie anyway since there wasn’t much of the blue makeup. I thought James McAvoy and Fassbender were good Charles and Magneto for multiple movies, but even they can’t save this one. Jessica Chastain was completely wasted and her villain character was just dumb. I like Sophie Turner in Game of Thrones but I don’t know, she just didn’t seem like a good Jean Grey to me.

Kinberg directed this one, whereas he wrote and produced the majority of the X-Men movies for Fox. Let’s just say, I can’t wait to see what someone else does with the material. X-Men were my favorite growing up, so having them be apart of the MCU now will be something to see, I hope. I don’t think Marvel should do X-Men for awhile though. Maybe in like 6-8 years and let people forget these movies. I’m not sure I would rank Dark Phoenix as the worst X-Men movie but it’s certainly down there. Maybe Last Stand? That was just bad. The one good thing about this movie is Hans Zimmer score, who said he didn’t want to do superhero movies anymore yet guess he did one anyway. Maybe he’ll really be done after this movie? Either way, at least his score was good; although at times it felt out of place with the material on the screen.

The Blu-Ray offers up a digital HD code, deleted scenes, audio commentary and one other featurette. The main bulk of the extras is the deleted scenes and the Making Of which was practically the length of the movie itself. That was pretty cool to see the behind the scenes but I didn’t watch all of it.

Dark Phoenix isn’t that great of a movie, and boring at times. It’s sad that the franchise just kind of fizzled out with the last few movies but I’m hopeful X-Men will be great again once Marvel decides to reboot them. Having them in the MCU will be awesome, and hopefully done right! Give me a team of: Professor X, Cyclops, Wolverine, Storm, Iceman, Gambit, Nightcrawler, Rogue and Colossus. So should you see Dark Phoenix? Eh, depends on how much of a fan of X-Men you are and your need to see everything that’s X-Men.

Features:
Deleted Scenes
Rise of the Phoenix: The Making of Dark Phoenix
How to Fly Your Jet to Space with Beast
Audio Commentary by Simon Kinberg and Hutch Parker
Theatrical Trailers