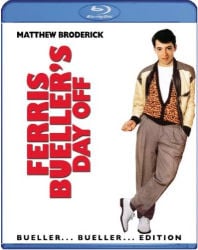 Ferris Bueller fans will be happy to see that the Blu-Ray edition is finally available, and it was worth the wait. While fans have had a few editions of the film already on DVD, this version is great because of the excellent quality of the film on the high definition transfer. Starring Matthew Broderick as Ferris Bueller, the high school kid who decides to skip school and drag his friends to Chicago for a day of adventure and excitement. Written, Produced, and Directed by the great John Hughes, this film is a 80s classic and every fan should own this film for their collection.

Who didn’t want to cut school after seeing this film? I certainly did. Ferris Bueller was nearing the end of his popular tenure in High School and wanted to go out with a bang before graduating. Chances are he wouldn’t get there after a day like this. The smart Alec, monologue speaking, know-it-all, really knew how to get under the skin of Principal Ed Rooney. The principal was finally on to his antics after the 9th absence this year and Rooney was determined to stop him. Dragging his friend, Cameron (Ruck) and girlfriend Simone (Sara) into the mix, Rooney is more than determined to flunk Ferris and have him repeat another year of school. Once Ferris, Cameron and Simone hit the City of Chicago for the day, it’s all fun and games as everyone else is stuck in school. Taking Cameron’s father’s Ferrari for a joy ride also creates drama as the parking lot attendants take the car, instead of just parking it, and run the miles up real high. After all is said and done, Ferris tries to race back home before his parents can catch him out of bed and not very sick at all.

The extras provided lots of insight and I enjoyed watching them all, mostly, “Getting the Class Together – The Cast of Ferris Bueller’s Day Off,” and “The Making of Ferris Bueller’s Day Off.” I found it interesting that Cindy Pickett and Lyman Ward who play Ferris and Jeannie’s parents in the film were really dating in real life and have eventually since been married. All the cast and crew have reunited for up to date interviews and really discuss all the aspects of the film, with the exception of John Hughes. His footage was way back when. Perhaps there is bad blood between the studio and Hughes and that’s why there is nothing updated from him on this Blu-Ray set.

I was really impressed with the Blu ray high definition quality. Most 80s films did not make the transgression from video to DVD to now high definition Blu-Ray well, but this film really did look great. The colors were strong, and the blacks were deep, and everything looked revitalized and refreshed in this version of the film. I didn’t notice too many of the annoying “scrambled” background “bleeps and bloops” you would notice with other high definition films. The audio track was clear as well. The extras were not in HD but at least the film looked great. Matthew Broderick really brought this character to life and really made it his own, even spawning several failed spin offs, not featuring Broderick. Jeffrey Jones was also the second best part to this film, playing the evil Principal Ed Rooney. Man, who didn’t hate this guy growing up? I think everyone at some point had a Principal or Superintendent that was mean and tried to ruin your life. Jones played Rooney very well, and to this date, his best role. 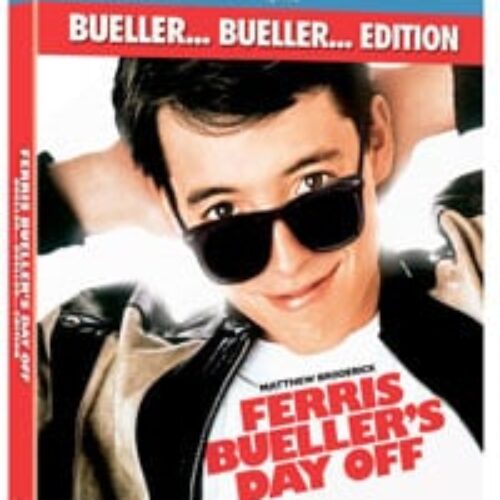