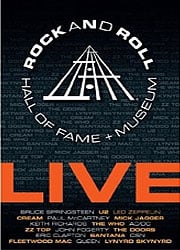 Rock and Roll Hall of Fame Live DVD features one-of-a-kind performances from the top musicians in the world. Ever wondered what it was like to see Bruce Springsteen and Mick Jagger messing up lyrics to a Beatles song; while Billy Joel plays the piano? Now you can with this DVD! This DVD is special because not all of this stuff has been seen that much, if at all. You get lots of performances like: Roy Orbison With Bruce Springsteen playing “Oh, Pretty Woman,” Eddie Vedder singing with The Doors, Crosby, Stills & Nash playing with Tom Petty and singing “For What It’s Worth,” Paul McCartney And The Rock Hall Jam Band playing “Let It Be,” Kid Rock performing with Aerosmith, Metallica performing “Master of Puppets” in suits, ACDC playing “Highway to Hell,” Bruce Springsteen & The E Street Band performing “Tenth Avenue Freeze-Out” and many more moments like those!

I liked watching this DVD set because there were many moments I didn’t think ever happened. I’ve seen some of the later footage like Metallica playing “Master of Puppets” or John Mellencamp being inducted but other than that, most of this footage is new to me. I didn’t care for the actual inductions but really liked watching the performances. I’m just wondering how they were able to play anything with all those musicians up there. There seemed to be a few cluster-fuck moments when Bruce Springsteen messing up lyrics or forgetting who sings next. That’s why they had annoying band leader Paul Shaffer up there to help them out. But it was definitely interesting to seeing all these legends performing on stage together. Well I wouldn’t call Kid Rock a legend but you know what I mean. I think the highlights of these DVDs for me included that Metallica performance when the current members plus Jason playing “Master of Puppets,” plus all the times the Boss shows up, seeing The Byrds perform “Turn Turn Turn,” and Eddie Vedder playing with REM. Seeing the Mamas and the Papas performance certainly made me think differently about the group after the Mackenzie Philips news came out this year. YUCK!

Besides the inductions, and performances that span out over 3 discs; there’s also a bunch of bonus features as well. I didn’t get to check them out yet but I will. There is footage of the rehearsals, behind the scenes stuff and complete speeches. This is definitely a worthy purchase if you love rock and roll! 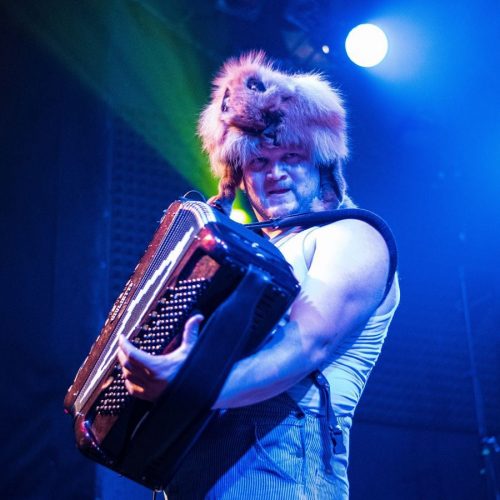