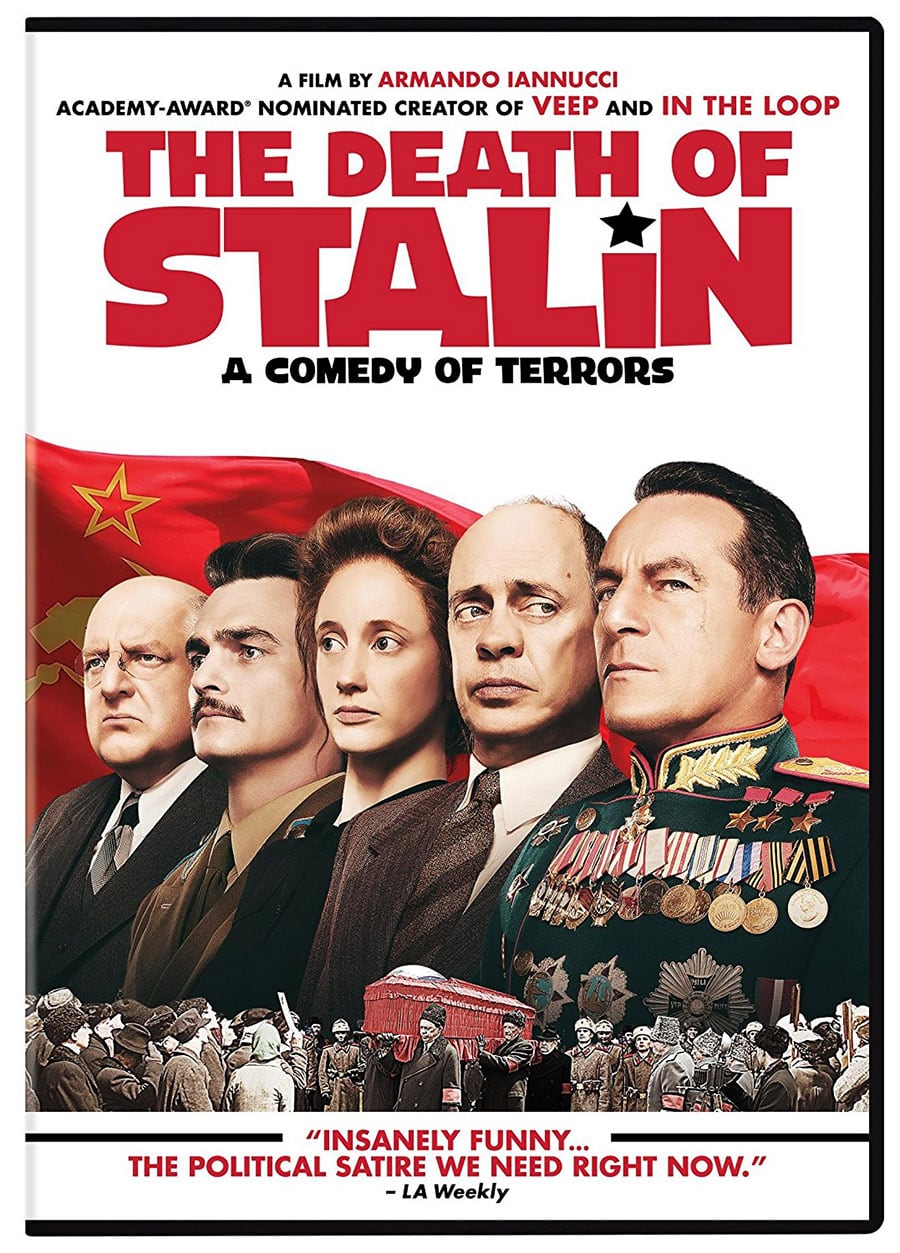 This movie will be either be loved or hated. I was hoping to like this since I’m a fan of Veep and what Iannucci has done for that show but I was disappointed with this film. It’s a dark satire with some funny lines but I was expecting something more.

The Death of Stalin is of course, about the death of Stalin and the aftermath of it. Except it’s told in a satire and dark comedy sort of way, like previous Iannucci projects. When Stalin dies in his office, the rest of his comrades try to find a way to save Russia and their own asses. I’d go into more but it would just complicate things.

I didn’t know what to expect with this movie and I heard a lot of great things about it. After seeing The Death of Stalin, I thought it was funny in parts or the dialogue was funny. The situations and what was happening wasn’t exactly funny though. The movie is dark, considering people are being dragged out of their houses and shot in the head. It is loosely based on a true story in a way but from what I read, lots of inaccuracies. I don’t think it’s meant to tell the real story and it’s an abstract and goofy way of telling the fall of Stalin and the rise of Nikita Khrushchev. I think perhaps if you knew the real life history of this time period and what happened in Russia, you might enjoy this movie more.

Even though I was disappointed with the movie, I still liked parts of the movie like Paddy Considine’s character having to re-record a concert for Stalin that just happened. He had to grab strangers off the street to recreate the audience and find another conductor. It was a bit silly and Monty Python-ish. Speaking of which, it was nice to see Michael Palin in a movie again! The cast wasn’t the issue I had and they all did great, even though they all speak in their native tongues. No phony Russian accents in this movie. I guess I’d rather have that than people speaking like Boris and Natasha. Though not sure what Jeffrey Tambor was doing, one minute he was ruthless and then the next he was this bumbling idiot. Steve Buscemi really shined in this movie though.

This DVD has a few extras on it like Dictators, Murders and Comrades featurette and Deleted Scenes. I was hoping for a Blu-Ray which there isn’t one for the US, and was also hoping for a Digital HD copy with the DVD but there isn’t one either. I really don’t get the logic on releasing things on DVD anymore and just have everything released on HD quality stuff. It’s like studios still putting movies on VHS or something. The Blu-Ray/DVD issue could be a Brit thing. A lot of UK shows I watch only release on DVD and the format isn’t widely used over there I believe. Still, I still would have liked to have a digital HD copy with this movie.

Perhaps I need to see this again but felt the movie only had some funny dialogue and moments, and ended up being too dark for me. This movie is getting praised by critics but I’m just not in that camp right now. First time around seeing it, I wasn’t a fan and thought it should have been a lot funnier.

Bottom Line: Some funny moments but this satire was a little too dark for me
Running Time: 107 mins
Rating: R
Extras Rating:
Overall Rating: