Hatebreed is without a doubt one of the most successful bands to cross over from the hardcore to a national circuit to worldwide. A simple formula of letting a caveman live by somewhat sticking to their roots while allowing themselves to grow is the key to their longevity. While in the past the band has had a few shows where they’ve given props to their earlier legacy; they had stated they weren’t going to dwell in nostalgia, moving forward with last year’s successful album The Concrete Confessional. However on this tour the band celebrated the albums that put them on the map, Satisfaction Is The Death Of Desire and Perseverance, which both hit 20 and 15-year anniversaries this year.

I was wondering how they’d do this, a few years ago I attended a 20-year anniversary show that steeped heavy in Under The Knife and Satisfaction… to some confusion of fans who probably had never seen Hatebreed at a VFW, skate park, or even my personal favorite, the Hanover House. While I’ve been seeing the band for 19 years and loved they were starting off track by track from ‘Satisfaction…’, it was clear some young kids by me had no idea what was going on until the band peppered in “Looking Down The Barrel of Today.” I mean it’s not like the band didn’t advertise the tour as “20 years of Satisfaction, 15 years of Perseverance”, not just a catchy name. The presentation of these early tunes were played a flawless as ever, while breaking it up to throw in some more recent tunes, they played the whole ‘Satisfaction Is The Death Of Desire’ before breaking into some ‘Perseverance’ tunes in. Eventually they brought out former member Sean Martin for 2 songs. Without a doubt it was a great set and unlike a lot of other bands I’ve been following for this or longer, it was great for them to set aside an entire tour to acknowledge the early stuff. More legacy bands could use to take note here.

There was a great combination of openers. While I didn’t make it upstairs, there was a whole set of locals playing a second stage. But the tour openers were a solid set of heavy hitters. First up was Twitching Tongues, who added Sean Martin formerly of Hatebreed on second guitar a few years back. Opening with “Disharmony,” I’m not sure the crowd was ready for how heavy these guys are. This was my first time seeing them and they didn’t disappoint, even adding in 2 new songs that sounded great. Definitely looking forward to hearing that new album and seeing these guys again. Next up was Code Orange, who took no prisoners coming off a huge year for the band behind a huge album with Forever. The crowd was eating it up as they mainly kept the set to the most recent albums. One thing that was a bit weird to watch though is they’ve increased to a 5 piece to cover having 2 guitarists on all songs, however the presentation looks weird when they one guitarist goes in for the ‘electronics’ portions where he’s not playing but still holding his guitar. In fact, when they broke into one of their more electronics heavy songs, multiple members kind of just gorilla walked around on stage throwing their instruments about without playing them because that part of the song didn’t feature guitars. It just looked weird, so maybe they might want to work on that. But otherwise they played great and once they get their overall presentation down they’ll be a force to be reckoned with for years to come. Leading up to Hatebreed was who else but Fetus, bro! It was a bit of a stretch but I guess it made sense to take Dying Fetus out on this considering in the 90s it was very common to see Dying Fetus and other death metal bands out on tour with hardcore bands a vice versa. No slouches, Fetus ripped into an extremely brutal set combining blast beats and grooves that have kept them going for more than 20 years, and was a great way to lead up to Hatebreed.

I should also take the time to note they cleaned up the Palladium. In an attempt to try to bring more acts to the venue they finally painted the place, and re-did the floors, ripping up that carpet that was definitely older than you and me. But, while they did all this renovations, it’s clear they have more work to go whether or not they think they do. Bathrooms are still small downstairs and I felt a cool breeze coming from a vent, which reminded me of shows I’ve been to in the past where the venue has just been cold inside as it was outside. Hopefully a revamp of the HVAC system is in the plans for the future.

These are the type of fan service tours that don’t come around often, but when they do it’s a great way to remind you of what ignited that spark for you to keep coming back all these years, whether it’s your first time, second time, twentieth time and so on. 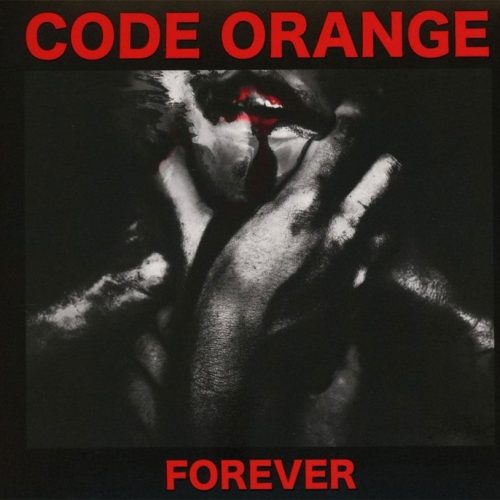